Trump and his wholly compromised attorney general and secretary of state have been seeking international help in discrediting our intelligence services, the Mueller report, etc. This behavior is all about relieving economic sanctions on Russia. Our government is parasitized by an enemy power for their benefit.

Moscow Mitch knows this, of course, and WE know that his goal is for Republicans to retain power. He has an end game he’s been anticipating for months. At a certain point in the multiplying scandals, Donald Trump becomes the thing on fire inside the Republican “car” and Mitch must either boot him or burn too. The timing is essential, neither too near nor too far from the Prez.race.  There will also be a slowly dawning “shocked and saddened” atmosphere generated in the Senate on the downbeat. As support for Trump hollows and thins, there will be a critical point of collapse. Republican strategy is always about loyalty and following orders. When Trump authority vanishes Republicans will follow orders from the highest surviving level of Republican authority…

Without Trump as a candidate, most Republican voters will “eat what they’re given”.  Perhaps it will be a surviving Pence but I suspect he’s filthy with complicity and won’t escape.  A guy like Mitt Romney actually COULD get elected in the resulting chaos and he would look like a knight in armor coming to rescue the party. Nikki Haley apparently beats all the dem candidates in a current survey (not confirmed by me). The only real difference in governing would be coherent international policies and ending self-destructive tariff nonsense. This is how the Republicans can win so it is what they will do.

Democrats need to stop imagining only best-case scenarios for themselves when picturing the 2020 election. We aren’t going to get them.

A piccolo played, then a drum.
Feet began to come – a part of the music. Here comes a horse,
clippety clop, away.

My mother said, “Don’t run –
the army is after someone
other than us. If you stay
you’ll learn our enemy.”

Then he came, the speaker. He stood
in the square. He told us who
to hate. I watched my mother’s face,
its quiet. “That’s him,” she said.

Libertarians: The Vegans of Politics.

in European countries per 100.000 inhabitants (2016). (Phone users the info-graphic is at the bottom, in case it’s hard to see on your phone, the male numbers are to the left and females on the right.) I knew male suicide rates were higher but I had no idea the difference was this stark. The male suicide rate is at least double and often triple the female rate. In Russia, it’s 6X higher! We live in an absurd time where every opinion that could POSSIBLY have a political ax to grind is assumed to have one.

I want to turn that assumption around and ask questions:

But outside of politics or any kind of moralizing, just pondering the composition of the human race, I think one of the most revealing questions we could ask  to understand our species is simply:

Why is this so?

(with inspiration from the brilliant Robert Anton Wilson)

A certain job can be performed either by a human or a machine. We should

There is a magic machine with two buttons, each of which will create equality among humans. You will push

The best way to search for Higher Intelligence is to

And we scientists don’t know how to do that.”

–Gus Speth, a US advisor on climate change

Triumph of the Willful

Though he is constantly battling in public over the specific issue of truth, Donald Trump lives a truth-free life.

Truth as something objectively real no longer exists for him except in nightmares. More accurately, truth exists for him as kryptonite exists for Superman: It’s out there and it could kill him. He knows that truth is the natural enemy of the Trump, and swells up in his threat display at the sound of it. Much like empathy and compassion, Trump as an anti-social personality doesn’t care about objective truth at all, and it isn’t real and pressing to him except as an obsessive concern voiced by the unruly ocean of “Not-Trump” surrounding him. The human community relies on truth for health and safety but also for justice and sanity; deprived of the truth, our mental compass needle spins uselessly. In this state, we are helpless toward the con man or the invading army.

The concept of truth can’t be avoided but it can be diverted onto a different track. In Trump’s case, this track is naked self-interest, flitting, pixie-like to whatever make-believe high ground momentarily fits the bill. Trump’s anti-relationship to truth and to the social duty owed to others is a kind of genius of irresponsibility made complete by including himself among the population he lies to. He is like some animal that adapted to an environment and can no longer live outside of it. Lies are his breathable atmosphere, his means of locomotion and his opposable thumbs. He has fully abandoned the premise of truth and never performs that mental pocket check for facts before speaking. Lies are the slime trail-smoothing his passage.

He isn’t so much a man as a conglomerate of whirlygigs slaved to shouting nonsensical PR, excuses, and complaints. Literally, everything is compartmentalized, and every one of those compartments has a self-indulgent narrative. Every part of the man is a fucking Horcrux of his former soul engineered by “killing” something. The thing killed is generally a relationship to someone who isn’t Donald Trump. Long ago, the child that he still is refused the burden of honoring the social contract with some person for the first time. That “murder” was exhilarating and liberating. He became instantly lighter and more powerful when he owed somebody NOTHING. The sticking point was his vestigial conscience and need for external approval. He solved the conscience problem by making his conscience into one more person he owed nothing, especially the truth. He became part of his own audience and the most gullible and superficial of the bunch. No one applauds Donald Trump louder or faster than he does. Henceforth, no action carried a moral burden any longer, only legal ones. He embraced amorality to enjoy immorality. He happily sought opportunities for evil little and big. Often it was for the simple pleasure of torturing small helpless things (people) to hear them squeak for payment, justice or mercy. Violating people’s autonomy, dignity and sovereignty is his signature activity. It’s why he rapes, it’s even why he shakes hands the way he does. It’s as if he’s ticking humanity one by one, off a list of people he defeated. The less any man is, the greater Trump is.

Trump’s admiration for the worst men on earth stems from them outshining him by being more nakedly vicious and selfish than he has managed yet, tethered as he is to crowd approval in the tumbled remains of a democracy. You can practically hear him muttering about how he “never gets to do anything fun” compared to those guys.

END_OF_DOCUMENT_TOKEN_TO_BE_REPLACED

“A nation can survive its fools, and even the ambitious. But it cannot survive treason from within. An enemy at the gates is less formidable, for he is known and carries his banner openly. But the traitor moves amongst those within the gate freely, his sly whispers rustling through all the alleys, heard in the very halls of government itself. For the traitor appears not a traitor; he speaks in accents familiar to his victims, and he wears their face and their arguments, he appeals to the baseness that lies deep in the hearts of all men. He rots the soul of a nation, he works secretly and unknown in the night to undermine the pillars of the city, he infects the body politic so that it can no longer resist. A murderer is less to fear.” 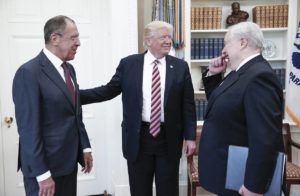