Religion is the cultural pheromone to define insiders and outsiders, and it is a local municipal code. Hackneyed myth and dogma.
But it is also our relationship to the divine. The heaven that is deeper than hell. The transcendent reality. I don’t believe in any god I’ve heard of, but I feel the numinous powerfully every day. God only knows what will end up in here.

I don’t believe what any man tells me
about life and death
even if he wears a black dress,
or a white one with gold trim,
or one of those cool orange
off the shoulder numbers.

I don’t believe what anyone tells me
about God
in sonorous tones, through incense smoke,
or cool debate, on a pedagogical mountain top,
or framed as science, without the need of method.

Each is a man with the ways of men:
Culture, comfort, and confirmation bias.
Each is given the common volume of freedom,
die-cast the same width and height as mine.

I don’t believe what anyone tells me about God.
But if God talks
I’ll listen
with an open mind.

Posted in My Poems, Poetry, Religion

Posted in Religion, Self

Glory be to God for dappled things –
For skies of couple-colour as a brinded cow;
For rose-moles all in stipple upon trout that swim;
Fresh-firecoal chestnut-falls; finches’ wings;
Landscape plotted and pieced – fold, fallow, and plough;
And all trades, their gear and tackle, and trim.

All things counter, original, spare, strange;
Whatever is fickle, freckled (who knows how?)
With swift, slow; sweet, sour; adazzle, dim;
He fathers-forth whose beauty is past change:
Praise him.

The paradox of tolerance -Karl Popper

“Less well known is the paradox of tolerance: Unlimited tolerance must lead to the disappearance of tolerance. If we extend unlimited tolerance even to those who are intolerant, if we are not prepared to defend a tolerant society against the onslaught of the intolerant, then the tolerant will be destroyed, and tolerance with them. — In this formulation, I do not imply, for instance, that we should always suppress the utterance of intolerant philosophies; as long as we can counter them by rational argument and keep them in check by public opinion, suppression would certainly be unwise. But we should claim the right to suppress them if necessary even by force; for it may easily turn out that they are not prepared to meet us on the level of rational argument, but begin by denouncing all argument; they may forbid their followers to listen to rational argument, because it is deceptive, and teach them to answer arguments by the use of their fists or pistols. We should, therefore, claim, in the name of tolerance, the right not to tolerate the intolerant. We should claim that any movement preaching intolerance places itself outside the law, and we should consider incitement to intolerance and persecution as criminal, in the same way as we should consider incitement to murder, or to kidnapping, or to the revival of the slave trade, as criminal.”

― Karl Raimund Popper, The Open Society, and Its Enemies 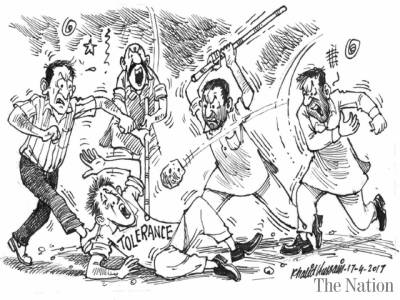 A society based on freedom and liberal humanism must value tolerance just to exist. But it must value itself more highly than any culture or alternate system of government if it is to survive. When the Mohamed cartoons controversy arose we were faced with another culture protesting the rules of our own. There were threats of murder, and outraged demands to change our rules on their behalf. Demands to essentially to add a dogma of Islam (not depicting Mohamed) as an amendment to western values from now on.

The west responded with a mix of:

The conciliatory impulse when someone is (or even seems) deeply offended is to apologize and seek accommodation. It’s a good impulse because peace is good. In seeking peace you ask what will make it right.  The clear message from the Islamic protesters was: “You aren’t allowed to do that, it must never happen again.” Claiming the right in a non-Islamic, free speech culture to determine not only what they see in newspapers but what everyone else sees too.

Many European politicians acceded instantly, deploring the cartoons, many in the media acceded to cowardice really but cloaked as respect for feelings. There have been roughly 200 deaths related to the cartoon controversy since 2005 and anti-blasphemy laws have sprouted up in many places giving more control over speech to those who feel offended. Tolerant European societies began dismantling their foundations partly from fear of religious thugs and partly out of the desire to be nice people and not cause offense.

This hardly constitutes the death of a tolerant culture, but it was surrendering the autonomy of a tolerant culture to the demands of an intolerant one. This is “proof of concept” for Popper’s thesis.  What possible polar corollary can we dream up where Europe is offended by an Islamic meme and Islam is sorry and wants to make it right?  There is no such situation. In fact, throughout Islamic cultures, things we would find outrageously offensive are common-place: Horrible anti-semitic cartoons are daily fare, hateful denouncements of everything in the west and hope for their prompt destruction is the stuff of coffee chat on TV.

All impulse to appease travels one way, and that is through the hole in our cultural defenses wrought by tolerance. The values we thrive on and hope to leave in place for the future will be further weakened by the culture of being too “nice”. Our cultural immune system recognizes certain hot topics for special handling. We maintain our Nazi defenses, we recognize that this hateful speech is something to be watched cautiously. We also recognize that it would permanently fracture society if we cripple free speech to silence Nazis. The problem now isn’t recognizing an overt enemy but a more subtle one. We are vulnerable on our left flank to the idea that all cultures are at least equal; and that any culture that has suffered insult or injury from the west at large deserves to have a say in our own. The welcoming tolerance of pluralistic cultures must be maintained, yet for it to be maintained it must have limits.

Justice Oliver Wendell Holmes wrote: “We should be eternally vigilant against attempts to check the expression of opinions that we loathe and believe to be fraught with death unless they so imminently threaten immediate interference with the lawful and pressing purposes of the law that an immediate check is required to save the country.”

In other words, it ought to take a matter nearing our imminent destruction to make us consider hitting the pause button on freedom of speech, not the first complaint raised against it.

These are screen grabs from Saudi television. I know that Memri TV attempts to make Arabic/Muslim culture more transparent to the west but I don’t know how these stack up in terms of intensity. Are they average moments of television or extreme? I can’t place them solidly in context where they belong but I also know that liberal westerners under-imagine the hostility to humanistic cultures and how far outside our norms of accepting diversity conservative Muslim cultures are.

I can tell you you that this is not like selecting the very worst of Christian broadcasting in the United States – this is much closer to mainstream in Saudi Arabia which makes no pretense of loving those outside its cultural signature.

Is this a picture of Mohamed?

And now this message…

Only you can prevent earthquakes 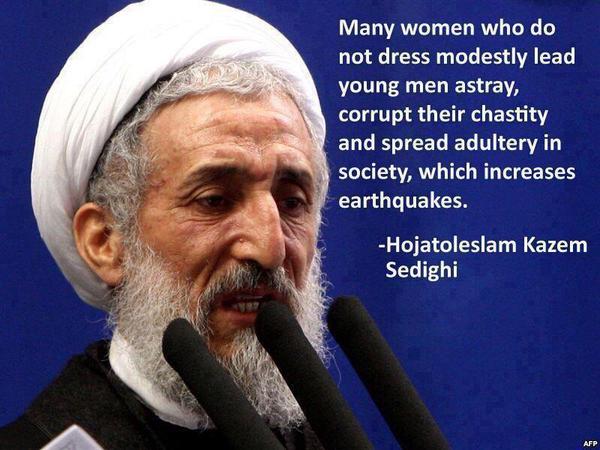 5 Now listen, you rich people, weep and wail because of the misery that is coming on you. 2 Your wealth has rotted, and moths have eaten your clothes. 3 Your gold and silver are corroded. Their corrosion will testify against you and eat your flesh like fire. You have hoarded wealth in the last days. 4 Look! The wages you failed to pay the workers who mowed your fields are crying out against you. The cries of the harvesters have reached the ears of the Lord Almighty. 5 You have lived on earth in luxury and self-indulgence. You have fattened yourselves in the day of slaughter. 6 You have condemned and murdered the innocent one, who was not opposing you. 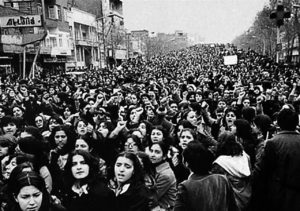 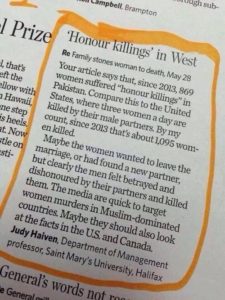