The structural role of psychopaths

Psycho comes from the Greek word psykho, which means mental. The Greek root word path can mean either “feeling” or “disease.” So psychopath is a word meaning “mental illness”. “Sociopath” is not a clinical term and it is a no-no for mental health professionals to use it. However, I am NOT a mental health professional, and the name is rather on point about the issue: Sick towards society, towards people. In the 1830’s this disorder was called “moral insanity.” By 1900 it was changed to “psychopathic personality.” More recently it has been termed “antisocial personality disorder” in the DSM-III and DSM-IV.

DSM-IV Definition: Antisocial personality disorder is characterized by a lack of regard for the moral or legal standards in the local culture. There is a marked inability to get along with others or abide by societal rules.

It’s easy to take the DSM on faith at face value as sufficient authority to settle the issue of who is or isn’t thoroughly, but the needs of the mental health community and others who have to deal with psychopaths don’t line up perfectly. The DSM criteria depend heavily on observed behaviors while law enforcement and criminal justice must often predict behavior based on personality characteristics. END_OF_DOCUMENT_TOKEN_TO_BE_REPLACED

I won’t get better

(Not my writing, preserving author anonymity)

I have ADHD. My dad has ADHD.

I know that it’s hard for NT folks to understand what it’s like to have ADHD, but you HAVE to stop connecting moral judgment to our ability or inability to do things.

We would not be on time if we just loved you more. We would not remember our appointments of we just tried harder. Our brains are not a good fit for this neurotypical world.

If we grow out of one method it’s just because we’ve replaced it with another. Ideally, the method would be housed in our brain (yay medicine! or meditation! or positive self-talk! or any sorts of other internal practices!) but it’s still there. END_OF_DOCUMENT_TOKEN_TO_BE_REPLACED

Posted in Neurodiversity, Voices of ADHD

18 Things Your ADHD Child Would Tell You if They Could:

I didn’t write this, I lived it. All I would add is that for most of these, the word ‘child’ could just as well be; friend, sibling, partner, employee. Credit to the anonymous author.

Nobody Understands (but they all think they do) 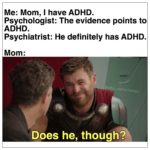 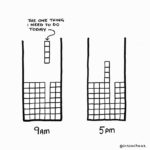 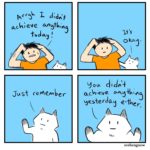 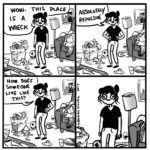 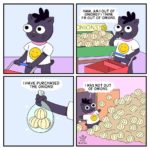 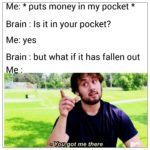 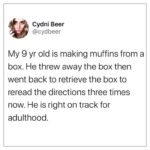 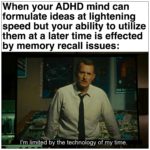 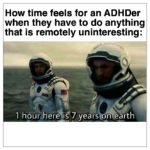 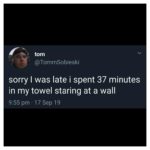 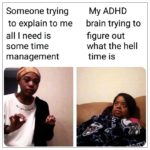 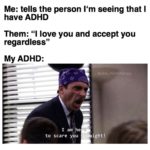 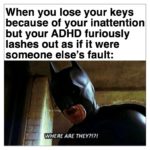 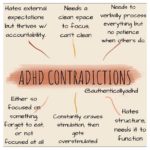 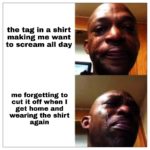 Nearly all of us must struggle diligently to acquire even modest talent in Mathematics, Music, and Art. We encounter genius as a rare group of people who display an amazing gift that seems to come to them easily compared to our sweaty, grinding, display. People with this kind of talent are sometimes called savants. Below them are random individuals of great talent and below them, the rest of us in a bell curve spread from mediocre to hopeless. Yet effortless, genius-level mastery of these areas appears to be latent in our brains, modularized in you and me, right now. How to back up such a claim? We learn much about ourselves through the exceptions of pathology and extreme variation. A break in the pattern reveals the pattern.

There are three kinds of savants that reveal these “genius modules”. END_OF_DOCUMENT_TOKEN_TO_BE_REPLACED

Living on the Edge

“The Brain tunes itself to criticality, maximizing information processing”

Our brains are clearly amazing at processing the “blooming, buzzing1” world around us.  A recent experiment supports the theory that when neurons work together they actively cooperate to achieve their maximum processing capacity. They seek the urgent, intense edge of their ability. Picture them as the human runners in an Amazon “fulfillment center” except happy in their work.

The entire brain appears to seek this set point or default working state at the maximum of its abilities: “Where it is as excitable as it can be, without tipping into disorder, similar to a phase transition.” A phase transition is where matter transitions from one state, liquid, solid, or gaseous, to a different state.

In other words, our brains are balanced about one millimeter from chaos and disorder. That’s all of us, all the time. Returning from sleep or other off duty moments the brain tunes and retunes itself seeking this point.

While the study neither reveals nor claims anything else about our neurology, I think it points a bright red arrow at possible organic causes of ADHD (as well as ASD, schizophrenia, etc). If the default human phenome, the standard, mass-produced person has this edge-of-chaos set-point, then genetic variation (known to be the prime cause of ADHD) could easily generate a different set point. This variation might generate the quirky, out of step processing that makes us so valuable in the modern workforce, wait, strike that…

It also seems logical that anything that alters this point results in behavioral instability.

More and other interesting details in the reports:

1 William James, writing about sensory processing. : “The baby, assailèd by eyes, ears, nose, skin, and entrails at once, feels it all as one great blooming, buzzing confusion; “

It’s about WAY more than inattention.

This artist ( pina@adhd-alien.com ) does the best job I have ever seen of communicating what ADHD really is, and is like. We baffle and disappoint ourselves and the people and structures we need in our lives. Every hour of the day is a neurological roulette wheel. Here’s a link to her site.

I would be grateful to anyone who casually imagines they know what ADHD is like, to read several of these. I would simply like as many people as possible to better understand this disorder. It’s weirder and more limiting than you think.

It’s WAY more than inattention, and let me tell you, it isn’t lack of effort. We are 11% of the population and stories of effective treatment have been greatly exaggerated. The person in these cartoons is ON her meds.

Friends, family, and even total strangers confidently inform us that our problem isn’t real. Everybody thinks they get it, and even professionals in education and mental health often lazily ASSUME they get it with no research since 1993.

It’s like mental multiple sclerosis but we just look like we’re ditzy, and not trying hard enough. 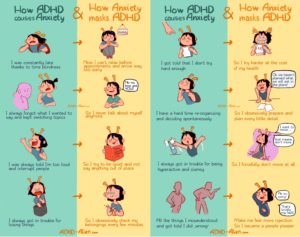 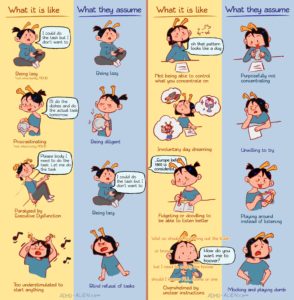 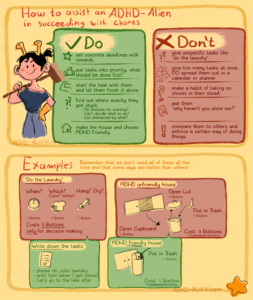 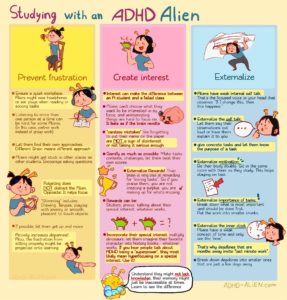 Mean exactly what they sound like: Fear of the new and Love of the new.

They aren’t cute made-up words, they are technical terms from biology. Animal ethologists (they study behavior) coined them because they needed to describe a common trait variation. Within a species, there are individuals who exhibit an openness to novelty. They try different foods, different hunting or mating techniques, for example. This is Neophilia.

The only way we could notice this is against a background of “by the book ” individuals. These are not risk-takers, these are the ones who define “normal behavior “. Whenever an animal’s general survival strategy and behavior is described, it ‘s the story of the Neophobes. But the deeper story is that Neophiles, while they live risky and often unsuccessful lives as individuals are key to survival and evolution.

In fact, it’s likely that that the pattern lived out by the neophobes was initiated by neophiles. First, the neophile may simply hit upon a more successful approach, and thrive. Second, when the species experiences a crisis in food or health or predation, the neophiles are likelier to be “the resistant strain ” that survives. These are the two main reasons for subspecies variations. So if you imagine this heretical thought; that life, rather than being the 100% dumb luck festival of the neo-Darwinians, has strategic algorithms for success, then these observations make perfect sense. Where or how these exist and operate is not my problem here. When patterns predictably exist in nature there are underlying causes to be found. If you follow this blog you know that my vaguely mystical point of view is not pointing to a “god did it ” conclusion and is not content with a “mere coincidence ” explanation.1 END_OF_DOCUMENT_TOKEN_TO_BE_REPLACED

Posted in Human:Nature, Neurodiversity, The Community Organism
1 2 3 Next »