The structural role of psychopaths

Psycho comes from the Greek word psykho, which means mental. The Greek root word path can mean either “feeling” or “disease.” So psychopath is a word meaning “mental illness”. “Sociopath” is not a clinical term and it is a no-no for mental health professionals to use it. However, I am NOT a mental health professional, and the name is rather on point about the issue: Sick towards society, towards people. In the 1830’s this disorder was called “moral insanity.” By 1900 it was changed to “psychopathic personality.” More recently it has been termed “antisocial personality disorder” in the DSM-III and DSM-IV.

DSM-IV Definition: Antisocial personality disorder is characterized by a lack of regard for the moral or legal standards in the local culture. There is a marked inability to get along with others or abide by societal rules.

It’s easy to take the DSM on faith at face value as sufficient authority to settle the issue of who is or isn’t thoroughly, but the needs of the mental health community and others who have to deal with psychopaths don’t line up perfectly. The DSM criteria depend heavily on observed behaviors while law enforcement and criminal justice must often predict behavior based on personality characteristics.

These negatives are so big and dramatic that you’d think that despite being clever, psychopaths would dramatically out themselves and fail. The incidence of psychopaths in society at large is 1% and in prison populations, it is 15%. Psychopaths lean toward criminality but criminality comes in different strengths and flavors. The authors of Snakes in Suits: When Psychopaths Go to Work, by Paul Babiak, Ph.D., and Robert Hare, Ph.D., 2006 note that many psychopaths are not suited for the business environment:

“Some do not have enough social or communication skill or education to interact successfully with others, relying instead on threats, coercion, intimidation, and violence to dominate others and to get what they want. Typically, such individuals are manifestly aggressive and rather nasty, and unlikely to charm victims into submission, relying on their bullying approach instead. This book (Snakes in Suits) is less about them than about those who are willing to use their ‘deadly charm’ to con and manipulate others.”

Sociopathy: The other spectrum disorder

Psychopaths have one thing in common with autistics… they’ve been diagnosed. A diagnosis indicates that their condition was:

The Autism spectrum runs from the most extreme and overt case, through kids who can be mainstreamed in class and continues, invisibly from that point through everyone on Earth. The behaviors and sensitivities of ASD are standard issue human traits such as social comfort and competence, sensitivity to noise, etc. A spectrum condition runs from pathology, through normal, and all the way to the opposite extreme. There are extremely competent ASD people “passing for normal” while possessing some of the famous gifts that can accompany Autism.

The Sociopathy spectrum runs from demonic selfishness through moral neutrality and all the way to beautiful, openhearted saints. The ones with a diagnosis were high-profile trouble to somebody. There are extremely competent sociopaths “passing for normal” and thriving in business, law, government due to a complete commitment to their own wishes and indifference to others. As a spectrum that passes through all of us, this means there are a lot of cold and selfish “normal” people out there.

Research indicates that psychopathic behavior is more common than we’d think in senior management, at 3%. Remember psychopaths are 1% of the population overall. Three times more of anything is significant, toxic people maybe most of all. 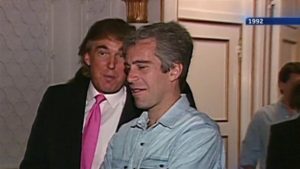 Certain psychopathic qualities like charm, charisma, and grandiosity can suggest vision and supreme self-confidence, making the job candidate stand out from the crowd with the atmosphere of a winner. Humans are suckers for confidence. “Performing” as yourself sounds foolish and LOOKS foolish too if done uncertainly but high performing psychopaths give their all to selling their story.

“Snakes in Suits” looks at how psychopaths operate effectively in the workplace. To quote a few portions:

“Several abilities – skills, actually – make it difficult to see psychopaths for who they are. First, they are motivated to, and have a talent for, ‘reading people’ and for sizing them up quickly. They identify a person’s likes and dislikes, motives, needs, weak spots, and vulnerabilities… Second, many psychopaths come across as having excellent oral communication skills. In many cases, these skills are more apparent than real because of their readiness to jump right into a conversation without the social inhibitions that hamper most people… Third, they are masters of impression management; their insight into the psyche of others combined with a superficial – but convincing – verbal fluency allows them to change their situation skillfully as it suits the situation and their game plan.”

The psychopath scale includes one measure common to powerful leaders: Fearless dominance: it seems to initiate a willing follower role in many people. Psychopaths can be magicians of manipulation and interpersonal theater. This system of magnetizing belief is critical to generating momentum. Belief is viral, and momentum generates more of itself. By hacking human vulnerability a talented psychopathic entrepreneur can move heaven and earth in pursuit of their goal. Cough, cough Bezos, cough.

So the structural role of high functioning psychopaths in society is 1. Upper management in organizations that don’t care who they hurt or as 2. Centers of gravity, organizational magnets creating large, powerful organizations. Cough, cough Musk, cough.