In every class I teach, the medium is the PC. In every class I teach there is at least one student who still sucks at computing. I applaud them being game enough to choose the encounter, because it’s clearly a struggle. The problem is that almost all of these students carry their downfall into the room with them and ultimately feel no closer to their goal, or only a touch closer.

What these students lack is Fluency. Computer Fluency is the constellation of core skills that comfortable users take for granted as a foundation into every computer task they approach. More and more, beginning computer classes are disappearing, not because they are unneeded but because curriculum planners see no market for them. Only truly humble students choose these classes and that’s too small a market to succeed.

Here’s the real problem. Because fluency underlies all software use, if a person lacks fluency it doesn’t matter what computer course they choose, THAT CLASS will become a beginning computer class. It will just be a terrible choice for a beginning computer class. The center of gravity of that class dips to meet the skill deficit of these students. I have taught web design classes where people ask how many times to click an icon and don’t know the difference between a folder and a file. In class I am positive and encouraging but inside I’m thinking “I am so sorry you wasted your money on this class.” Because that student is probably NEVER going to get beyond their deficit to embrace the intended curriculum.  END_OF_DOCUMENT_TOKEN_TO_BE_REPLACED

In the kitchen, the colorful magic begins.
From red burners comes boiling water
and steam softens the air and clouds the light
tertiary colors rise like smoke in the clean glasses
to nail the vividness, a dash of vinegar
like a slap to the senses
as the eggs are lowered out of sight

In the great vaulted room, the beautiful windows hide
the swelling sea of buds just outside
and the talk is of scourging, and nails through flesh
and a forsaken man
with gall and vinegar on his breath

Posted in My Poems, Poetry

One of the best minds of the Roosevelt administration outlining fascism in a way that holds up scarily well.

The Danger of American Fascism

END_OF_DOCUMENT_TOKEN_TO_BE_REPLACED 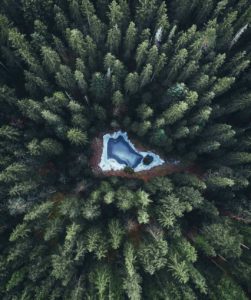 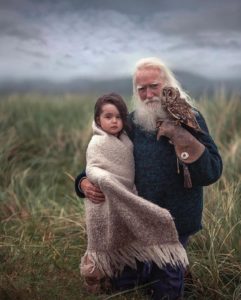 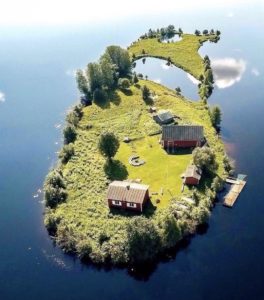 Published 2016-03-10 | By Hugh Miller
You know when you are at a family gathering and someone mentions something that you know is just an argument waiting to happen? Someone has stepped on a landmine and internally you race through your options: Should I placate, distract, argue, or maybe just run? My thought experiment is about race and culture, subjects that make almost everyone feel this way. At a minimum they make you brace for impact.
These hot button words make people dumb because they either snap into combat mode with arguments locked and loaded or they go all “deer in the headlights”.  It literally initiates a fight or flight reaction which means there is no thought or learning taking place. But I need to get at what these things are and mean, so here I go.

Aliens randomly gather 200 men and women and take them to a faraway island or hidden valley and wipe their cultural memories while leaving personality, basic knowledge and survival skills intact. They leave them alone for 500 years and then return to check on them.
Would they have:

END_OF_DOCUMENT_TOKEN_TO_BE_REPLACED

= Short-lived perfection; The happy ending you believed in completely…until you realized the mistakes you made.

A sixteen minute video on the devastation caused by income inequality probably won’t excite anyone. But this is really clear, concise, even heartbreaking information about the damage it does. I’m not sharing it in a “Let’s all say the usual things” way but because it shocked me. It’s like a clear accounting of the cost.

I love nudes and I have a weakness for ordinary, daily scenes. My artwork has developed considerably since I made these, but it’s one of my most popular pages, so I’m leaving it as it is for now.

The 10 Commandments (hereafter known by their DJ name, 10C) are often cited as an important foundation of morality for the west: Sort of the moral grandfather to western civilization. This makes the assumption that without them we would behave badly, that if we are behaving well it is partly due to their influence, and that people without them must behave measurably worse.  Since they are treated as a collection I assume that they are all viewed as good and basically equal in worth. Conservative politicians have made enormous efforts at times to connect them with our government and put them in front of us in as many places as they can. It’s always amusing when a reporter asks them to recite the 10C and they can pull together maybe two of them.

Since I could remember about the same number, I decided to read them over and evaluate their worth as a moral compass.

1 “I am the Lord your God, who brought you out of the land of Egypt, out of the house of bondage. You shall have no other gods before Me.”

This is a message addressed to ancient Hebrews, why it should concern anyone else is unclear. They certainly would not have considered Christians (when they came along) as an appropriate audience for this message. In fact they might well have been outraged. The last bit is interesting because it implies that there ARE other Gods but you mustn’t put them first. Theoretically, it seems to hold out the possibility of worshipping demigods if you don’t get all carried away. As far as western morality is concerned the only link I see here is too monotheism and Christianity in particular.

2 “You shall not make for yourself a carved image, or any likeness of anything that is in heaven above, or that is in the earth beneath, or that is in the water under the earth; you shall not bow down to them nor serve them. For I, the Lord your God, am a jealous God, visiting the iniquity of the fathers on the children to the third and fourth generations of those who hate Me, but showing mercy to thousands, to those who love Me and keep My Commandments.”

This appears to be a restating of the first one with a sudden very strong disapproval of arts and crafts. The emphasis on jealousy reinforces the “other gods exist” idea because otherwise, what is he jealous of? Finally there is a sub clause explaining that if you violate the arts and crafts rule he will kill your grandchildren and beyond. Message for western morality? Be very serious about Christianity.

3 “You shall not take the name of the Lord your God in vain, for the Lord will not hold him guiltless who takes His name in vain.”

Perhaps it means don’t speak the name at all, again a Hebrew thing. Perhaps it means don’t use it out of the context of worship and adoration because that is blasphemy. Perhaps it means don’t pretend you love me: YOU HAVE TO REALLY LOVE ME! In any event it’s a carrying on of rule number one as additional sub-clauses. I think the vagueness inherent in this one may even be intentional, since one is uncertain what it even means, speaking the name is fraught with the danger that one MIGHT be doing something wrong. This serves the whole “tremble before me” thing. Also, this one seems to suffer from a little self referential thought circle e.g. “Don’t do it because… I’ll consider you guilty if you do it. Because I hate it when you do that.” END_OF_DOCUMENT_TOKEN_TO_BE_REPLACED