Holons are simultaneously, wholes and parts. A cell in your body is a discrete whole object viewed one way and a tiny aspect of your system viewed in another. We are holons, soulful individuals autonomously striving but also near invisible constituents of swarms that compose human communities.

Lots of posts on this blog have referenced this concept but not explicitly by name. (for example see Everything is at least 3 things)

Introducing the Holon. This gem was created by the wonderful Arthur Koestler, one of the very under-appreciated thinkers of the 20th century. Once you have this beautiful lens in place so many things snap into delightful clarity.

It begins with this; everything is a two way street. Everything looks downward into its constituent parts, and upward into a larger world it is only a constituent part of. Everything is both part and whole, thus the “holon“. Every level of reality is self contained (and self absorbed). Generally these levels are like parallel lines apparently never meeting. A bit like dimensions in the (possible) multiverse, happening in the same place and the same time but unaware of each other.

END_OF_DOCUMENT_TOKEN_TO_BE_REPLACED

Everything is at least 3 things.

Published 2016-02-16 | By Hugh Miller
1. A detail of a system
2. An individual
3. A “colony”
And every living thing has at least three areas of mind
1. The mind playing a role in the system (a mind we never consciously experience, because we are an element of it. Imagine the Internet as a mind, think of your actions on the web as this element)
2. The individual mind (Day to day you.)
3. The component minds (The cluster of selves and parts of selves that make us up.)
And each level is the emergent product of its components. 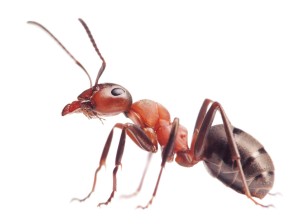 Take an ant. Take this one in particular. We’ll call him Tim.
1. Tim as one of thousands is how we think of him. As a detail of a system, a tiny component, necessary but utterly replaceable, below recognizing as an individual.
2. Tim from Tim’s perspective; sensing, perceiving, acting as a singular being
3. Tim as a giant colony of tiny components: The cells and microbes that make him up. His corporate essence, emergent from the syntheses of these.
END_OF_DOCUMENT_TOKEN_TO_BE_REPLACED

Posted in Emergence, Holons, Learning, Life, Philosophy, Science, Society, The Universe and Everything

Published 2015-11-30 | By Hugh Miller
This concept is one of the foundations of what I want to say and I have to succeed in explaining it or much of what follows won’t really be clear. But all by itself, Emergence is a beautiful and fascinating thing and whether or not the rest of my ideas add up, this is a wonderful framework for understanding the world around us.
There are moments in describing it where it seems so simple and straightforward as to be an unnecessary thing to even bring up.  There are other moments of wonder and awe.  Emergence isn’t something I just made up, it’s a technical term from the study of  complex systems.
Complex things are built out of simple things, simple things that gather to a point where something new is revealed by that gathering together. A key point though is that the simple elements individually do not resemble the new thing that exists when they come together. The elements do not suggest the outcome.

END_OF_DOCUMENT_TOKEN_TO_BE_REPLACED

The cells that actively pursue and destroy invaders in your body are showing a kind of limited independent response. They are discrete “individuals” they

can learn new things (like a new antibody) and later REMEMBER those things. What language do they speak? Proteins and chemicals.  They obviously don’t have independent lives in any sense that we find it easy to relate to, but at their microscopic level of reality, they are whole, autonomous units. They are part of “Team You”, and you couldn’t live without them but do they FEEL like YOU to you? I mean do you identify with them, like “Yeah, that’s me”?
Probably not. Can they conceive of you? Perhaps they have established a cellular religion where they worship you and celebrate the oneness of all life here in the one world there is. Evil would be antigen I suppose and they would exude hymns of folded proteins.
But even if they did that they wouldn’t have any idea that the thing they were in was a human and that there were others. Some far-out cellular scientists might come up with the multiple people theory.
Anyway, down inside these cells, there are discrete building blocks of intra-cellular machinery: Vacuoles, Cell Membranes, Cell Wall, Nucleus, Golgi Body, Mitochondria, Microbodies, Microtubules, Centrioles, Flagella, Ribosomes, Endoplasmic reticulum. All of which are discrete task directed components plugging away at their jobs and constructing the cellular level of reality.
But they don’t know about cells and obviously can’t conceive of such a thing. What language do they speak? Chemicals and amino acids.
This is going to seem like a non sequitur but… I want you to think about driving. Everyone has had the experience of driving home from work for an example and then realizing that they were unaware of driving and had spent the whole ride singing or talking or thinking about other things. But that they did a fine job of driving anyway. OK, who did that? Who did the driving?
I can imagine people saying: “Some part of me, I guess”. Yeah ok, but WHAT part?
Here were some of the players engaged in driving:
And these skills are just tools…something was purposefully using them, some amazing factor compiled all these skills into a module that ran effortlessly and without … YOU.

What was missing was your conscious attention. Your driving was probably “flavored” by your typical personality but the reason we even notice this experience is because we weren’t there. We were off singing or talking. So who is the “we” that was off doing something else?
It’s the part we think of as ourselves for the simple reason that it’s the voice in the head module that thinks it is the REAL you. But the “ME” voice in your head is therefore just another part of you, a component of you as well. Maybe it’s the component tasked with being the spokesperson for the corporate entity called YOU. You could just as well say that YOU were driving while “some part of you” was off chatting with someone.