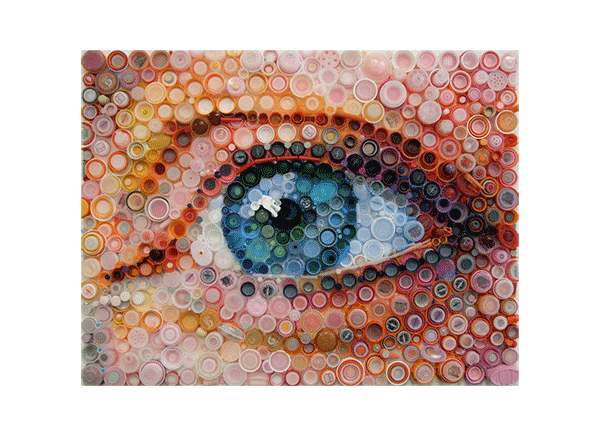 This concept is one of the foundations of what I want to say and I have to succeed in explaining it or much of what follows won’t really be clear. But all by itself, Emergence is a beautiful and fascinating thing and whether or not the rest of my ideas add up, this is a wonderful framework for understanding the world around us.
There are moments in describing it where it seems so simple and straightforward as to be an unnecessary thing to even bring up.  There are other moments of wonder and awe.  Emergence isn’t something I just made up, it’s a technical term from the study of  complex systems.
Complex things are built out of simple things, simple things that gather to a point where something new is revealed by that gathering together. A key point though is that the simple elements individually do not resemble the new thing that exists when they come together. The elements do not suggest the outcome.
The classic illustration of this is Hydrogen and Oxygen which individually show no hint of the water they can form when properly combined. Even multiple H2O molecules don’t suggest water let alone the amazing things water can do. H2O molecules are not wet. Wet is a characteristic that EMERGES from a critical mass of water molecules.
Matter is an emergent property of gravity and atoms. There’s nothing about gravity OR atoms that suggests the 94 kajillion things that matter can be.
Increasingly scientists realize the extent to which each of us is a gigantic cellular New York City unto ourselves. Millions of exchanges on the cellular level, symbiotic, parasitic and even accidental lead to the existence of organisms. All Organisms. A good bit of matter and DNA in your body isn’t even “you” these organisms (like gut bacteria for one example)  are just homesteaders, making a living. Of course we  know we are made of cells but the thing to imagine is a single cell organism all by itself… and then look up and realize that all the people and cats and dogs and birds and trees and bugs around you are the emergent properties of vast millions of single cells. Nobody would look at a single cell life form and foresee a rabbit arising from gathering enough of them together.

So matter and organisms are both emergent effects, surprising outcomes from sufficient numbers of simpler constituent parts.  Emergence is a predictable feature of the universe but is unpredictable in any specific case when it comes to guessing what will arise from the simpler components. Emergence is a bottom up (as opposed to “top down”) system. The next level of complexity and organization flows upward into existence from the previous level. This is so consistently true that I could make a strong case for the origin of life itself using these simple principles and what we know about the early earth. The increasing complexity of the universe through the medium of emergence adds a needed bit of insight to pondering the beginning of life. Making that case though, deserves to be more than a digression in a blog post.
Emergence plays out all around us in big and little ways. It’s there in the flow of migrating birds when they seem to be painting shapes on the sky. Traffic is the emergent form of individual cars on the road together. A mob is an emergent body of sufficient numbers of worked up people, and anyone who’s been trapped in one knows the scary “life of its own” quality a mob takes on.

Early in our history with the neolithic revolution in farming larger numbers of people than ever before started gathering together in communities. Before that we were mostly nomadic egalitarian groups. A chief might have bit more than the rest of the clan but only a bit. There’s a period around 8 thousand years ago where towns suddenly go from communal grain bins and all houses being pretty much the same to rich and poor in good and bad parts of town, to huge central temples and the palaces of rulers. This is the moment when humans go from wandering in small groups to clustering in very large groups. And all that we take for granted about ourselves in these large communities – rulers, aristocrats, soldiers, peasants, all this is an emergent property of humans at that tipping point. For most of human existence we really had no rich and poor. Tribes would do better or worse but they suffered or thrived together. Humans have been around for about 200,000 years, and this shift to towns and cities took place about 8000 years ago so for 192,000 years (96%) of our tenure here we had no kings, no peasants, no 1%.
“The poor you shall always have with you.” Really? We haven’t always.
This isn’t an appeal to act like that earlier time. We cannot. New gears have emerged and engaged. I have a hunch that this system of organization, ugly to those with compassion and perfect to those who think like Ayn Rand, is very mechanistic. A hierarchy of power and control and an endless chase for money is just the organizational game humans automatically begin to play as their numbers jump from tribe to city. Buckminster Fuller said he had a revelation once that people were “Honey-Money Bees” mechanically gathering little green tickets and that that gathering was necessary to keep the hive humming along. Collecting little green tickets as the purpose of human life is such a depressing idea that Samuel Beckett would ask if we could talk about something happier. But to understand it and the role it plays we have to think like a hive: Something has to keep the game going. Want and need and desire and fear are the fuel that drives and directs the members of the hive to keep acting and never stop. A social hierarchy with a heaven of wealth and a hell of poverty is a strong motivation for day-dreamy primates who’d rather sit by the river and have a beer.
This could seem like a miserable conclusion for the human race (and this article) except that the complexity of the world continues increasing. And we need to remember why this system originated.  A new technology which radically altered the abundance of resources (farming) caused a virtually global shift in human behavior at extraordinary speed. Technology IS how humans evolve and that evolution drives the social game that runs our lives and cultures.
We obsessively knit new technologies together and continue to increase the connectedness of people via the internet. If that doesn’t look at least a bit like an organism growing a nervous system I don’t know what does. The fact is that this is a new grouping of people in ways and at levels never seen before. WHAT will emerge when some critical mass occurs is unknown, but SOMETHING will. And with the end of most ordinary jobs appearing as a near term certainty we’d better hope it does. Something new is desperately needed. What we see from other examples of emergence is that the whole doesn’t look like the parts. We can’t really plan what will emerge even though we are all part of it.
Cross your fingers and move passionately forward making connections. Good luck to us all.