The Picture of Dorian Trump 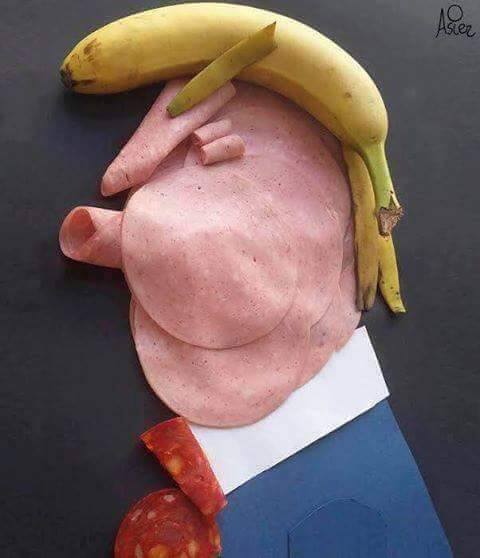 The Mind of Donald Trump

In Oscar Wilde’s “The Picture of Dorian Gray” the titular character is a beautiful, dissolute and privileged young man. As his portrait is being painted he wishes to never age, and that the picture should suffer the consequences of Dorian’s actions, not his own face. Dorian becomes a selfish monster, a cruel and destructive plague on those who know him. To all appearances though, he is an innocent fresh-faced young man. Meanwhile, carefully hidden away, the picture keeps a meticulous record of every bad deed, showing  Dorian aging and growing coarse, cruel, and even slightly insane. When someone else sees the evil thing, Dorian kills him to protect his illusion and his reputation.

Donald Trump’s world, lacking an inner life and a true self, projects ugliness and failure onto other people, and all glory and success onto himself. DT 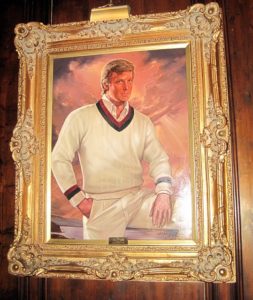 doesn’t actually have a relationship with anyone but himself. He lives in a mind that is perpetually unhappy, and even whiny. He feels empty and poorly treated. Nothing fills him no matter how he gobbles and shoves larger and larger “successes” down his gullet. Each one is a disappointment tasting of cardboard. His internal monologue is about how amazing he is and how he’ll crush any opponents. Other people fall into one of two camps: Those who support him and those who oppose him. Being rich and powerful he has always surrounded himself with people who either agree with him or see clearly enough to not dare to disagree. Those who are profoundly loyal to Trump become almost real to him because they have made themselves into an extension of him, working his will remotely. In this camp, we find the insider Trump loyalists but also the huge crowd of strangers assuring him that he can do no wrong. As he stands before them, his world makes sense. It’s as if the air is finally composed of the right mix of gasses to feel happy. Maga rallies are Trump’s crack-pipe. For minutes at a time, it is almost enough. He must return to this experience again and again mainly for this personal satisfaction but also to keep alive the relationship with his virtual guard dog composed of MAGA people. He regularly shakes their chain to make sure they are ready to hunt.

His behavior would better be understood by an alpha baboon than by journalists.

When people are strangers and not clearly on one side or the other he finds ways to assert dominance over them. “Grab them by the pussy” is closer to Trump’s bizarre handshake yank than it is to sex…as is actual sex. People must be violated and knocked off balance in obvious and subtle ways until they appear to accept his mastery (by not complaining) or disappear into the outer darkness of evil ones: “The Haters”.

From his POV, Trump’s metaphorical portrait showing his ugliness is any evidence of his guilt and everything that is “not-self”. That’s why an anti-immigrant platform is the most natural one in the world for him to choose. That’s why he argues that he will kick out and eradicate all enemies, that is his inner, personal platform as well. His vision of himself is the eternally beautiful and fresh-faced Dorian. Trump is so simple inside, so psychopathic even, that other people are only real if they are by some definition, him. Ultimately everyone will either accede to his dominance or find themselves his declared enemy. Flunkies and toadies who once served with a properly selfless attitude become the enemy as they display a self-interested concern for their own wellbeing. Their story, like all others, must be rewritten to punish them and deny their humanity. Once he became President it was instantly clear to him that he IS America and that all must be brought to heel, to celebrate his successes and accept his every word as gospel. Checks and balances be damned, he is the only one capable of judging his actions. Outsiders who judge and criticize must be destroyed. His will to power never tires, learns, laughs at itself or suffers a trace of compunction.

The externalized portrait of Dorian Trump, the ugliness that must be squashed or transformed into SELF is any remaining objection, in any form, to his dominance. The structure of the United States government, its constitution, and agencies of self-protection are on the hit list because they resist rule by the one single real living person on earth. The haters are under the illusion that they are real too, the enemy is any “not-self” asserting equal humanity with Trump. We are now acting out on a global scale, one man’s unimaginably shallow madness, and obsessions. Worse yet, his fragile, incomplete self is vicious when attacked. If he is sufficiently backed into a corner and pulled down there is potentially no limit to what he would attempt. He is unaware of anything more important than maintaining both his absurd lie of goodness and his agency to have whatever he wants. In the original story, when someone sees Dorian Gray’s portrait, now grown ugly to the point of horror, and tries to tell the world the truth, Dorian kills him to preserve the lie. Trump will do the same, and if the shocked witness is the United States of America, so be it.

-* *The only exceptions (i.e. also real people) are tyrants more powerful and despotic than himself, in particular, Putin, who to Trump’s astonishment (and secret satisfaction) tricked him, leashed him with a choke chain and entirely dominated him. Trump is showing us his rules: If dominated, be compliant, obey without complaint.

Post Script: One detail I left out is the complete lack of a spiritual dimension, lacking spiritual values he has no conception of nobility, justice, even goodness. He pretends to value these things at times because otherwise, he will destabilize his position. When he does though, you can tell it’s an imitation of how a human being would talk, but uninformed by humanity.
Without spiritual value, nothing in his universe is worth more or less than its material value on the market. The closest he comes to a spiritual value is how esteemed a thing is (in fashion and pop culture) for being high value, “The Greatest”, “Only the best”.

The shitty, empty shiny artifacts he acquires are his “spiritual” accomplishments, his personal value. His entire life is nothing more than taping gold-leaf over a howling void.