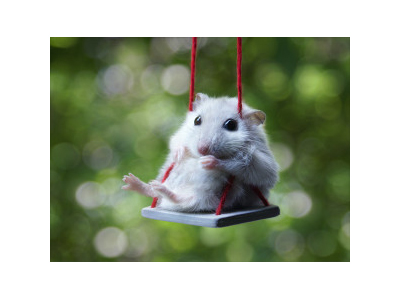 Within months there have been some remarkable breakthroughs in Biology that I find very exciting.  First, they’ve discovered a second code language in DNA. Top level language controls which proteins are made and the second language which was hidden WITHIN the first one controls turning genes on and off. Amazing. Huge implications. And besides that, this extraordinary study below indicates a genetic version of updates to the knowledge base caused by the life experiences of the animal. This is like experiential Lamarckism.
If this study holds up it’s huge.

This is obviously not direct alteration of the genetic code, it’s a methylation change called epigenetics. What it amounts to though is a much more powerful means of shaping evolution than sheer randomness, but one that doesn’t rely on some variety of intelligent design.

Epigenetics is so exciting as an exploration of the mechanisms of evolution. There should be a huge focus on understanding as much as possible what this means and how deeply it affects the direction of evolution.  So if we know that FEAR can be passed on to one’s offspring then we have an incredibly powerful shaper of animal lines.
It means that Arthur Koestler and the other brilliant doubters of the “random mutation and loads of time is enough” idea were correct…it wasn’t enough and in a sense it wasn’t POSITIVE enough. Epigenetic inheritance means that the experiences and reactions of earlier animals were passed along as “need to know updates”. This is incredible and awesome. And it means the system is far smarter than random mutations would have it. This pattern makes sense, here are the basic genes to shape your body and mind and here are a few things your parents and grandparents learned along the way. This is absolutely huge. It’s like nature writing notes in the margin for the next reader.
Without anything to back me up, I feel in my bones this applies to us too.  What I think of are the pre-installed phobias lots of human beings are born with. Like the reaction many people have to being near snakes or spiders or the reaction some people (and chimps) have to mushrooms and toadstools of just destroying them on sight. We know these things are there in us but in the past the explanation would be that behaving as survivors behaved was passed down purely by the elimination of genes that didn’t behave that way. If you managed to follow me through that whole tortured sentence. But most people bitten by spiders or poisoned by mushrooms would probably have lived (after an ordeal) and passed along instructions to watch out for those things. Both explanations work but they make a better explanation together.
And assuming I’m right… (   :)   ) There are huge implications for the human race.
If a person experiences trauma today, their grandchildren might be having behavioral echos 50 years later, shaping their destinies and their families. That should concern us. Does poverty with its traumas of stress and deprivation and violence pull the next generations of those families into the same hole? And if humans are scarred by the trauma and lack their parents experienced what does that look like? How does it manifest? At what point is poverty a self continuing cycle? And besides any feeling of moral responsibility society might experience about allowing this to continue, what of the idea that we could be a healthier and saner human community with presumably fewer of the problems generated by broken and starved communities? It’s a nice thought but the idea that the world will act to end poverty either out of kindness or common sense is probably a pipe dream.
Some questions epigenetics raises for me: