I love ancient artifacts, especially the ones that evoke the daily life or experiences of real people. This is me bringing them to you like a slobbery tennis ball.

“Many items from Kha and Merit’s daily lives were buried with them as well. The collection includes the beds they slept on, the chairs they sat in, the board games they played, and even Merit’s box of cosmetics. One jar, for example, still has Merit’s black eyeliner and application wand inside, while another still smells of her favorite perfume.” – William Newton

Lidded glass vase decorated with wave patterns and two duck heads. Found alongside several other items in the beauty case of Merit, buried in the same tomb as her husband, Kha. Egypt (Deir el-Medina), 18th Dynasty, 1425 to 1353 BC.

The vase alongside other items found in the same box 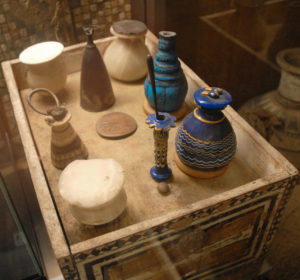 The deceased Kha and his wife Merit worship Osiris, lord of the afterlife. Papyrus from Book of the Dead, from the funerary chamber of architect Kha. New Kingdom, 18th Dynasty 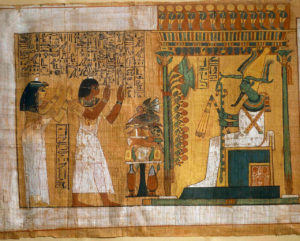 Kha and Merit lived around 1400 B.C., in a village near the Valley of the Kings which later became known as Deir el-Medina. Kha was an architect and oversaw the work on the royal tombs being constructed nearby, while Merit was his wife and the mother of his four children. Because of his position, Kha provided his family with a good living, and the family enjoyed a more comfortable lifestyle than most. Their tomb in the hills overlooking the village had somehow been missed by grave robbers, so when it was discovered in 1906, everything was still in place, exactly as it had been left when it was sealed.

The earliest known example of a textile featured in a painting where both the painting and the textile still exist, 1610. 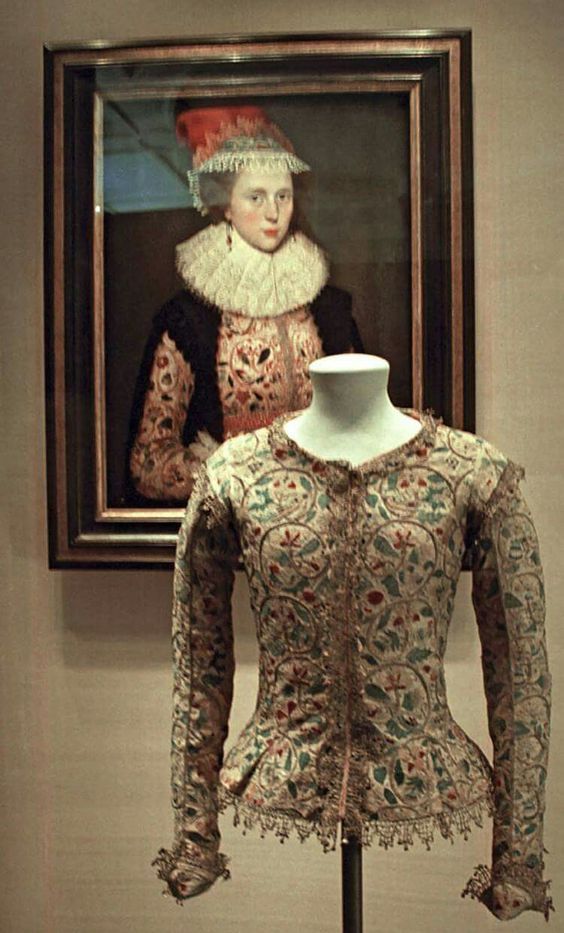 The Teachings of the Compassionate ΒΟΔΔΟ

Europeans became increasingly interested in the cultures and religions of the Middle East and Asia, or what they later called ‘the Orient’, as a result of trade relations throughout the first millennium CE. Images of Buddha with the Greek lettering ΒΟΔΔΟ (‘Boddo’ for Buddha) were found on gold coins from the Kushan empire dating back to the second century CE. 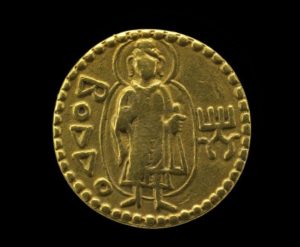 Buddha was mentioned in a Greek source, ‘Stromateis’, by Clement of Alexandria as early as around 200 CE, and another reference to Buddha is found in St Jerome’s ‘Adversus Jovinianum’ written in 393 CE. A religious legend inspired by the narrative of the ‘Life of Buddha’ was well known in the Judaeo-Persian tradition and early versions in Persian, Arabic, Hebrew, Armenian and Georgian have been discovered.
The story became commonly known as ‘Barlaam and Josaphat’ in medieval Europe. The name Josaphat, in Persian and Arabic, spelled variously Budasf, Budasaf, Yudasaf or Iosaph, is a corruption of the title Bodhisattva which stands for ‘Buddha-to-be’, referring to Prince Siddhartha who became Gotama Buddha with his enlightenment.

More at the source…

The best map in the world when it was completed in 1375. The full-size version is linked, with remarkable detail.

It was produced by the Majorcan cartographic school and is attributed to Abraham Cresques, a Jewish book illuminator who was self-described as a master of the maps of the world as well as compasses. – Wikipedia

This gold, sapphirine impression seal to legalize documents is from from the Bosporus around 575 B.C. . It shows a heron in flight, which symbolized a good omen. Master sculptor Dexamenos of Chios created the seal and that’s his name under the heron. 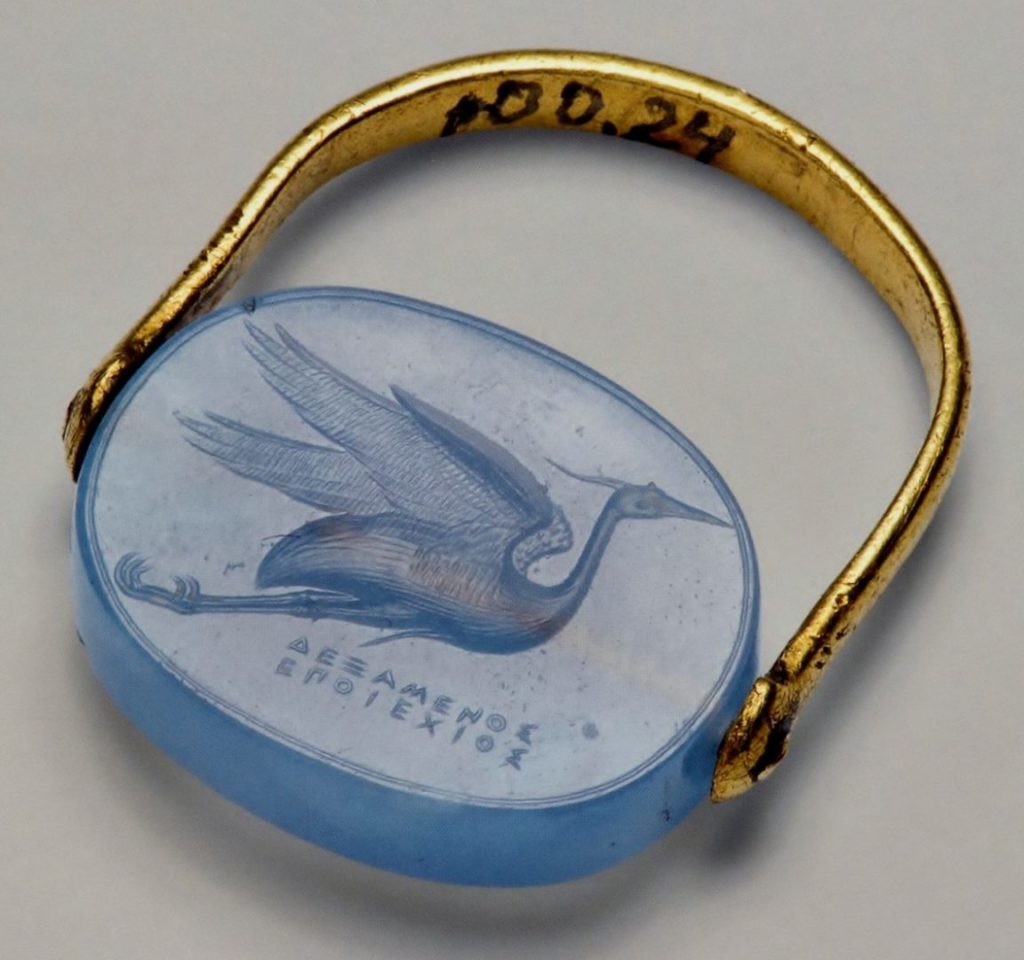 Itchy and Scratchy, 3000 years ago. Fragment depicting an anthropomorphic cat making an offering to an anthropomorphic mouse. Context is unknown, but it might have been part of a story illustration or a satirical piece. Egypt, 19th or 20th dynasty. 1295 to 1075 B.C. 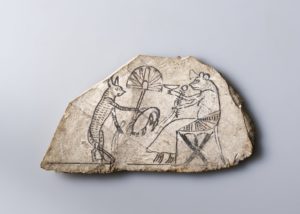 Treaty of the Great Peace of Montreal, signed in 1701 between France and several Amerindian tribes. The chiefs signed by drawing the symbol of their tribe. 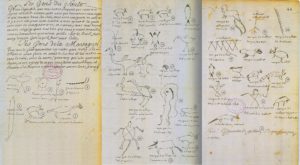 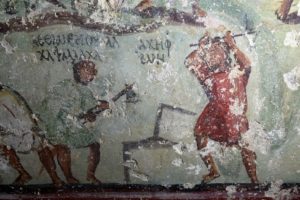 Doodles created by future sultan Mehmed the Conqueror, aged 10 at the time. Year:1442 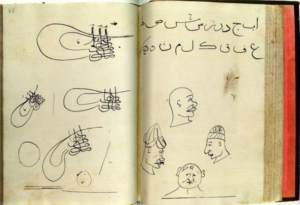 Onfim. a 7 year old boy from Novosibirsk 700 years ago. Drawing on birch bark. 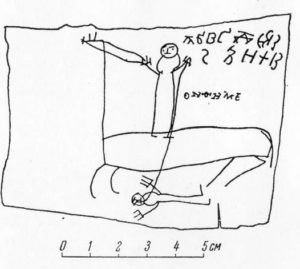 Manuscript with excerpts from the Satires of Juvenal, decorated with a student drawing. 15th century document preserved in the Municipal Library of Carpentras. 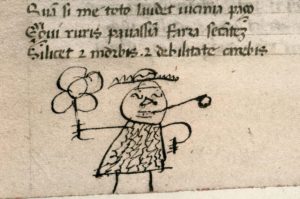 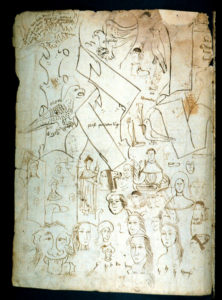 The Crown of Princess Blanche

The oldest surviving crown of an English queen. It was made with gold, enamel, sapphires, rubies, emeralds, and pearls circa 1370-80. 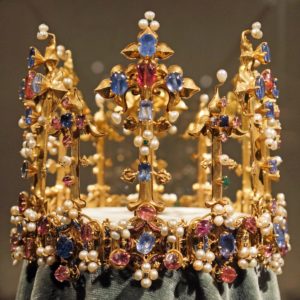 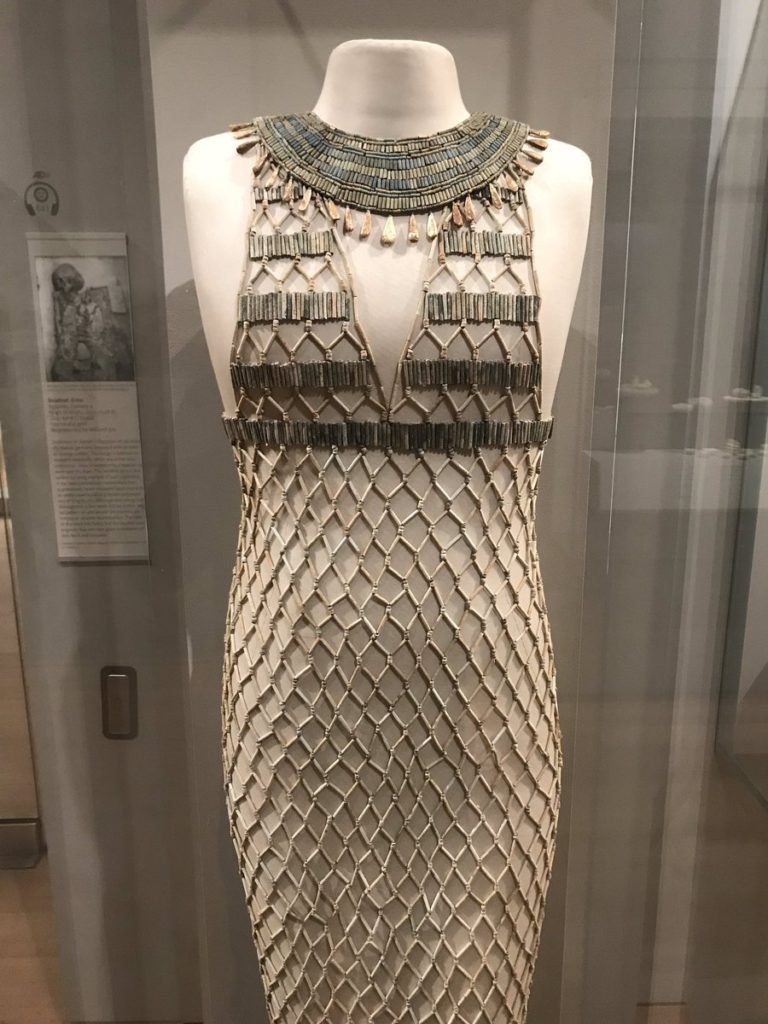 Probably 1800-1899, Europe. This whistle bears the inscription: ‘Siffle un deux trois / Vient au Sabbat / Sorcier larva Rat’. In the event of a rat plague, one called on a ‘shipper’ who possessed the magical power to move the rats to another place. The rat plague could be the work of a witch or a wizard. In French, it means : “Whistle one two three / Come to Sabbath / Sorcerer malicious spirit rat“