A lot of us Fucking Love Science and I’m glad about that but overly romantic thinking about Science means we are naive in a world that exploits naivety. This (happily) working scientist explains the rat race aspects of vocational daily science with a special insight into the perverse role of journalists as sloppy, inaccurate promoters of studies in search of public attention. Journalists shake dollars loose with exciting stories that are sometimes even partly true. This cycle points to the danger of scientists getting sloppy too, rushing to publish,  making headlines sound sexy, and emphasizing results that are rarely replicable just to keep playing the (now degraded) game. We should think about this stuff. Over a long enough period, that’s a death spiral for what we fucking love about science.* 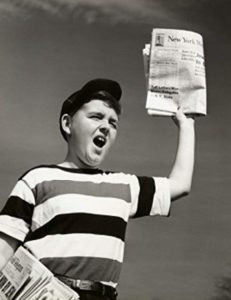 People think my job is to search for deep truths, understand the meaning of life and how the world and the universe works.

In reality, my main job is to write papers and get grants so my institution can build its reputation and get money. Most research that is published is wrong in some way (except for analytical work on theory), and not because we are being dishonest. It’s because we need to publish a lot and there really isn’t time to zero in on some ultimate truth, we just need to get things right enough to publish. And even if we had all the time in the world, there is the issue of experimental design. For one thing, experimental design is very subtle and difficult and most of the papers I read didn’t really do the right experiment to support their point. You can ask them to do more experiments as a reviewer, but as you can expect, this is not your favorite thing to read when your paper is reviewed because it means more time and money you probably don’t have.

That brings me to the other problem, even if you do have the time, do you have the money? Enough people? The right equipment? An infinite number of just the right test subjects? You see where this is going…

So we write our paper and try to make as big a splash as we can so we can get promoted in our jobs, get tenure, and get more grants. (Also because we want to get the information out there for others to use, research that is unpublished is just a hobby.) The institution wants to peddle this work for more clout, so they write up a press release that over-simplified the research and over-extrapolates the possible importance of the findings. This is sent to journalists who don’t read the actual paper, but rather report based on the press release an even more overly simplified version of the paper, now with wildly speculative implications for humanity, the earth, and/or understanding the universe.

This is how you can publish a paper that shows that mice react kind of funny in a statistically significant way to being exposed to a chemical that is commonly used in ink, and then you read in the New York Times about how using ballpoint pens will kill you.

EDIT: My main point here is that people should be skeptical about science, particularly what they read that is written by journalists – whether it is news articles or actual books. Popular science books were once written by the scientists themselves, now more often they are written by journalists. And there are people who are motivated more by telling a good story than showing what science is really like – full of mistakes and uncertainty, and normal pressures of any career, it is not just the pure search for truth.

But I don’t mean at all to say that being a scientist is terrible (I feel the opposite), I just don’t like the over-simplified way people view science as some pure source of distilled perfect truth. It’s not, but that’s not a bad thing. Understanding life is not simple, nor is understanding how the universe works, the fact that it is so complex is what makes being a scientist fascinating – but what makes writing best-selling book that tells the whole story a bit harder.

*- Like so many other things that depend on stockholders for sufficient funding, the important work becomes hollowed out inside and drifts further from its purpose.