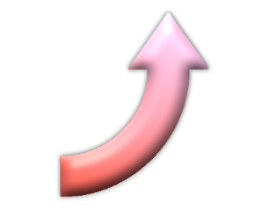 Years ago in my early 20s, I enrolled in a massage school in the San Francisco Bay area to get my license. There was an academic side of studying anatomy and physiology, and a practical side of learning new techniques and alternating massages with the other students for several hours each time we met. At the end of the course, we had to pass the anatomy/ physiology exam and give a practical demonstration of our massage skills. We met twice a week for a couple of months.

On day one, the group was me, one older guy, about 10 or 12 women in their 20s and 30s, and the 40ish woman who ran the school. On day 2 the other guy quit. For the rest of the course, I was the only man (naked) in a big open room full of massage tables and naked women. We were all naked, giving and receiving massages, except for breaks until the end of the day. Possibly this was to burn out any tension about nudity, if not it was just the culture of San Fransisco in the 80s. Come to think of it, it would have been really awkward dressing between rounds only to strip again minutes later.

I was comfortable with social nudity and although the situation was kind of abstractly exciting (mainly while anticipating everyone disrobing) I found that while giving massage I naturally tuned in to the personal and vulnerable story each woman’s body had to tell. Stresses, strains, and scars are written on the skin and in the muscles, and emotions like shame or sadness could be felt while passing through certain areas. The main feeling evoked was compassion. I didn’t get a hard-on because the vibe was clearly non-sexual. Context matters.

The memory that still sizzles a bit was one day when I was on the table face up, and the woman massaging me was working my thighs. This is almost an automatic erection trigger for me and I went to full extension in seconds like an inflatable emergency liferaft. I just had enough time to think “Eek!” and start mentally hissing at my dick like a misbehaving child in church. “Sit DOWN, sit down right now!”

When suddenly our teacher was at the foot of the table and calling the class to gather around with an “Oh look what I found!” tone of voice, and they did, 11 naked women gathered in a half-circle at the foot of my table, calmly staring at my hard-on. I took this in with one glance and focused instead on the ceiling. I would have expected him to roll up like a sad snail but he responded to attention like a confident runway model.

Paraphrasing, she said: “This happens with male clients all the time. Erections are spontaneous. It’s normal, often completely innocent, and nothing you ever need to do anything about.” A few students had questions and she answered them simply, and light-heartedly to reinforce the message that it was normal and no big deal.

I suspect she’d been wanting (and waiting) to make this point with the group and I was the only one present who could demo the uh… situation. I just laid there… pointing urgently at the ceiling and feeling the eyes on me in a kind of waking version of the showing-up-naked-at-High-School dream till she dismissed everyone back to their tables.

My masseuse returned to work carefully “avoiding the issue” with both of us feeling more self-conscious than usual for the duration.