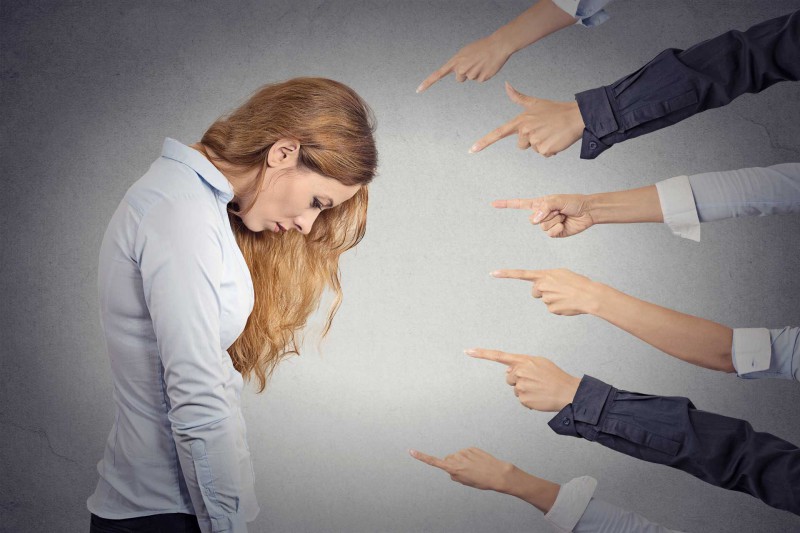 (Note: This article needs editing. I’m leaving it published because that’s how I hold myself accountable to get that done)

Humans naturally group together to form communities. Culture is the connecting, unifying skin that automatically grows over these communities, reflecting them, defining them, and binding them together. They are now a community organism, existing through one lens as their normal human selves but through another lens as a massive individual, autonomous self as unaware of us as we are of it.

What the Hell are you talking about, Hugh?

The Human Operating System or HOS is the innate battery of automatic and mostly unconscious behaviors that humans display by default, a handful of tiny cultures may not use these defaults but defining anything by the exception to its rule is being perversely counter-intuitive on purpose. It’s a demand that we ignore most of what we see going on in favor of something that is barely going on at all.

Tension force is societal homeostasis generated by opposing ideas. You could visualize it as the reason why both teams in a tug of war don’t simply fall on their asses.

All day, every day we send out signals, respond to cues, and we check for acceptance. We tune and adjust our behavioral frequencies person by person and place by place.  We calibrate in real time with regard to any person we exchange signals with. It pours forth as if inevitable. You probably can’t recall ever sitting down and figuring out how to respond socially. We are walking encyclopedias of cultural standards and sub-routines. We don’t need to consult a book because the book is internal and automatic. We live it. The book has to be automatic. It is the always-on instinctive knowledge of social action and reaction. These social behaviors are so automatic and instantaneous that it is almost impossible to observe our process in the moment.

Culture: Inside the skin is the kin. Sharing common interests, goals, and loyalty. This skin is about hearth, home, reality, normality, and self.  Culture is the cohesive force that defines any people as a people. It binds and unifies. It is deep within us to protect it if it is threatened. That desire to preserve the culture is a survival instinct because the community would dissolve without it taking home and identity along as it went.

The culture skin forms bottom up out of every member of the society, yet each individual feels subject to it from around and above. The most powerful control exercised by culture is our internal sense that powerful eyes of judgment are on us all times. We all want to look like a good person: Sane, appropriate and lawful. At a very low level of awareness, we are obsessed with belonging and not standing out as a negative element. Every single one of us is doing this all day in every encounter. What is the first thing we do after tripping over something in public? Yep, we look around. What next? A small mime show suggesting what went wrong. Perhaps an exaggerated step over the obstacle or giving it a stern look. We are deeply concerned with satisfying the crowd of strangers around us that we are sane and competent, that the thing that happened was innocent and normal. All communities expresse this social self-consciousness globally person after person. It’s a ubiquitous bottom-up human behavior that weaves the social fabric and defends it through dread of disapproval. Human signaling is packed full of reassurance through predictability, mirroring and repetition.

As a result, in each community, patterns of behavior form, shaped like a shoreline at first, by events then replicated and endlessly reinforced. Memes of many kinds emerge, in every area of life: Clothing, food, music, sexuality, morality, These either fade away or replicate, crystallizing as signature cultural styles. This is about making and recognizing ourselves. This is about populating our world with thousands and untold more thousands of details and objects and songs and meals that describe to you, being home.

The same mirroring and repetition shape our internal view of “what is not home”. Concerning outsiders, every stereotype cultural image we have is an iconic meme of OUR culture imagining that other culture. It’s a shorthand, shallow summary we all carry with us. You may well not like the stereotype and sharply disagree with it but you know it. It’s installed. Where did you get it? You’ve never had a conversation where someone explained it to you and it’s very unlikely you’ve personally read a book or seen a movie where the stereotype was shamelessly on display. I haven’t mentioned a single example but I bet you can summon up 2 or 3 effortlessly. They are your copies of those memes. Everyone in every culture has their own version of these things. The universality of this fact and the templated, cliched content makes each one into a unit of common cultural content believed automatically by the incurious majority.

We each possess thousands of these templated flashcards. Some are cultural touchstones showing we belong here, these are offered up like passports allowing entry to acceptance. Some such items are widely held yet taboo, overt racism or sexism are in this box. These are ideas that are below consensus cultural standards for their toxic content. We tag people with a “You’re Bad!” sticker if they get caught using them aloud and unfiltered. The culture suppresses the acceptability of publicly speaking these memes if their tone “angries up” the atmosphere, tending to destabilize things. Of course, suppressing speech of these memes out loud doesn’t change anything fundamental because the Human Operating System (HOS) has supplied every living soul with a potential for expressing more xenophobia or xenophilia. The next generation will be born with it, and the next, etc. The trait of hating (or liking) outsiders isn’t going anywhere via education. It comes pre-installed.

When we use group shaming to enforce cultural sensitivity we are using one innate trait of the HOS (social pressure) to alter another (anxiously identifying outsiders).  Culture includes both traits as essential organ systems. Any culture would be broken and unsustainable without them. Culture is a SELF that needs to recognize not self in order to continue existing. Social pressure helps to maintain the “body shape” and personality of the culture. We are the tiny building block components or cells of this body. E Pluribus Unum.

When a human “cell” out of one cultural being, bravely wanders into another (Not Self) culture they might feel excited, (“Wow, things are so different in this body!”) or distressed, (These barbarians are horrid, everything is wrong!) but they are acutely aware that here, they have become OTHER, not SELF. This is a scary “alone in the wilderness” feeling. If they are moving to live in this new body they are magnetically drawn to the groups of preceding immigrant cells they recognize as self. Thus every ethnic neighborhood is born.

The surrounding cells of the body to which they have traveled react to them on a programmed curve from welcome to violence. Every culture has a balance of xenophobes and xenophiles but the density and intensity of each type waxes and wanes with what almost seem to be moods or hormonal storms within the culture body. These moods play out worldwide like the weather. At the moment many cultures feel paranoid and hostile, policing their space with furious intensity. A mass exodus of refugees coming in and looking for safe harbor generates near panic in the xenophobes. The see each stranger as erasing some small part of themselves because culture is home and self.

It’s so bad right now that almost every major culture is tensing up as if to falcon punch the next culture that looks at them cross-eyed. Cultures want to survive, they want to maintain their borders both geographically and socially. The survival instinct is present in the community organism and expressions of it often feel regressive and toxic, such as Racism, nationalism, and backward-looking “return-to-the-roots” social movements.  I would like to mention BTW that anyone reading that sentence and concluding that I am in favor of those things is an idiot. This is simply how the Human Operating System works. Cultural openness is an expression of the same source. They share a spectrum. Tension force is basic to reality disputes that include extreme positions. The open wing that welcomes outsiders contains an extreme group that prefers outsiders of different cultures to native cultural citizens and mocks their anxiety over change. The wing that dislikes outsiders includes Nazis and white homeland idiots as the extremity of closed. Both of these positions are idiotic, suicidal even, but they play a structural role in our organism. Each is one backstop, parenthetical end of the same spectrum. They are the poles of our insider/outsider tension force. Each of us is a data point between them, pulling the rope in what we are absolutely certain is the right direction. We can never all meet in the middle because the middle range of possible compromise is dynamically determined by disagreement. There will never be a golden age where each side sees and embraces the other’s light. That would be a system collapse.

When the sides of tension force reach a critical mass of activation, the other side of the spectrum is redefined as an outsider, a foreign element in the body. The wings of our tension force curl inward and the whole system divides like a cell into two separate “wholes”. The system that kept us healthy and dynamic is bifurcated, chopped in two like a worm. Within each separate cell, a new tension force is sought out and must be found, it isn’t optional for humans. The new tension force is the range of opinion from moderate belief to extreme belief within the same wing. The moderate side here as elsewhere isn’t great at self-defense and comes under frequent attack from the utter extreme which is aggressive and spoiling for a fight by its very nature. The most extreme of either wing attempt a Pacman style gobbling up of everything to the side of them. This is the period of show trials and thought crimes or in the age of social media of “Wave-stomping” those who dare to speak a thought measurably different than “The Correct Position”. “Right answer machines” are everywhere and the thoughtful grow quiet. In case you hadn’t noticed, this is also the period when political norms go belly up and nothing can be done. In each country where this happens, a class of people who rarely achieve great power hears their theme music playing and prepares for their close-up. This class leans sociopathic, they see the weakness in people and in concern for social approval. These thugs are embraced by the “no foreigners” group as strong leaders who somehow represent the pure essence of the true culture. Lacking moral qualms or concern for society, this class adopts crime and corruption as natural tools for achieving and retaining office. Or “office” since the role loses definition by law and simply houses the monster.

When the tension force is broken and each side is stuck looking for the enemy within itself, the community organism is vulnerable to these opportunistic infections and is parasitized into the image of the infective agent.

And that, kids, is why sooner or later we are fucked in this atomic age if we don’t spread a meme of tension force as cultural health and bring back “the loyal opposition”. We need to learn to hack our own system. The limbic or hormonal drives of masses of connected people now surge like the ocean. These are identifiable but unconscious processes triggered and driven by something, beyond our ken.  When these tidal surges happen they are literally made out of us and our behavior yet we witness them with shock and absolutely no sense of agency. 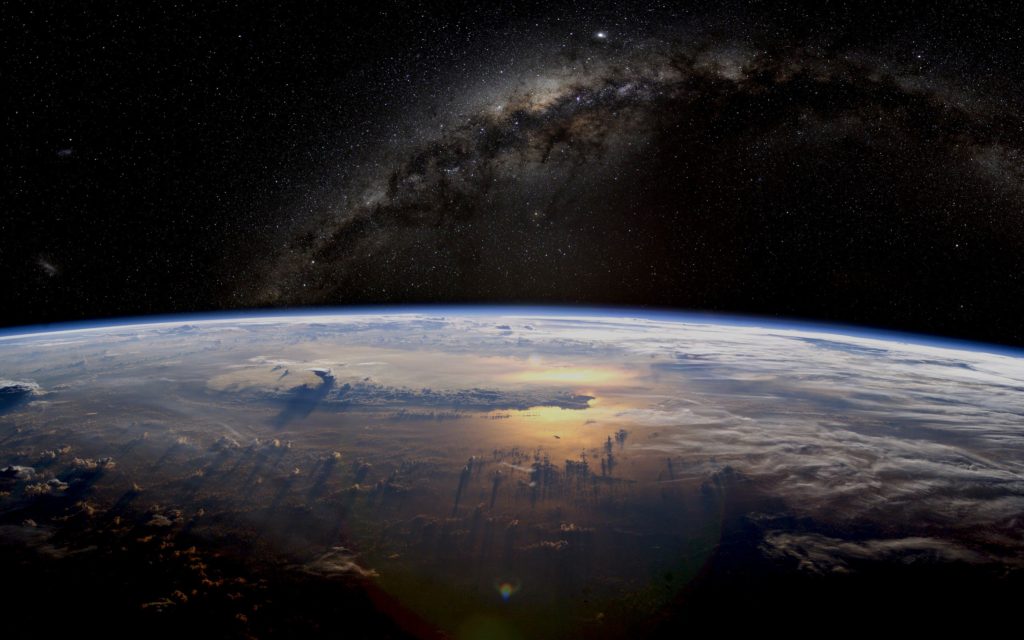