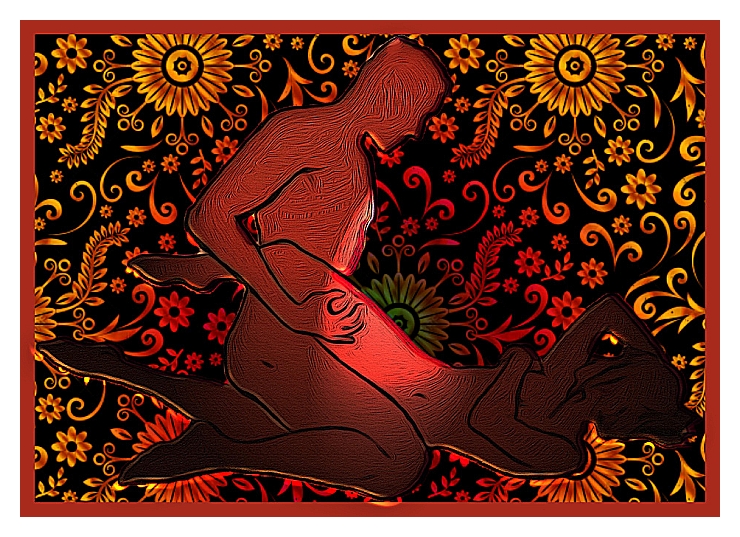 Major premise: All sexual organisms have a sexual strategy.

In part 1 I talked about how desire has sculpted human bodies into what would have been a sexual superstimulus 200 thousand years ago but I left out an essential underlying principle. Unless you are a drab shell of a person who has entirely given up, there is a layer of your daily behavior that is about sustaining fuckability. It’s unlikely you check the mirror on your way out the door and say “Awesome, still fuckable” but I’ll bet that thought HAS surfaced, maybe using different words or no words at all, many times. The fact that you can estimate your fuckability quotient by glancing in a mirror points to the underlying principle.

Even the people who would summon up an old school “harumph, well I never…” of denial at the suggestion that they glance at everyone’s naughty bits or evaluate their own fuckability this way, absolutely do operate this way but with their naivety draped modestly over their self-awareness. Nature cares about the behavior, not the self-awareness. Nothing is more representative of our behavior than to think endlessly of sex while doing everything in our power to hide those thoughts from others.

With the origin of humanity, nature launched a new project that included radical departures from her standard rules for mammals. Having a harumph reaction to sexuality is uniquely human and a frankly weird deviation from standard earthly norms. Animals have a “stop that!” reaction, and a”get that thing away from me” reaction but they lack the harumph. Why? Why do we Harumph? Why don’t they? What exactly does “harumph” accomplish for us? That end will be tied up in part 3.

Besides harumph, One major human deviation from nature’s norms appears in the phrase: looking hot. Chemistry is a universal behavioral trigger and the most common medium for that chemical message is scent. To humans, other animals spend an inordinate amount of time butt snuffling while we sit there with our guests like “Well, what are you gonna do?” Meanwhile, Rover is downloading a high-resolution chemical portrait of Snuffles. Among dog acquaintances, this report typically answers the questions: “How are you? What have you been up to?” with “OK, nothing much” but if the values were sufficiently different, those scent molecules could behave as executive orders triggering a raging battle or instant humping. Animals are at the mercy of high-intensity sex chemical signaling, they have no defense or ability to postpone action. A glandular hormonal frenzy is compelled and irresistible.

Unlike most mammals, our sexuality, with all of its drama, excess, and delight is always on. In contrast, bears or wolves, for example, have exactly one short period of the year where female receptivity turns on and the males lose their fucking minds. This seasonal on/off pattern is called the estrous cycle. The word estrous is derived from Latin oestrus ‘frenzy‘, originally from Greek οἶστρος oîstros ‘gadfly‘. A gadfly was a real biting fly that drove livestock insane.

A bitch in heat gathers crazed males like a magnet collects iron filings, with the magnetism being estrous signaling molecules floating on the breeze, sometimes from far away. Scent is a far more powerful command system than sight is. With scent, the molecules of activation are smacking directly into neural receptors dangling at their border with the sinuses. Scent is touch, it makes direct contact with the brain. In many creatures scent is a drug that can key in and activate specific behaviors. Sight provides information that must be evaluated and processed. That often happens at lightning speed but it requires a critical step of distance and autonomy. Unlike dogs, we can decide not to.

It paints a picture, doesn’t it? Estrous generates chaos as the males compete directly at full intensity and the females appear possessed by a strange dream. In engineering humanity, nature had to (mostly) swap out smell for sight. Certainly, other animals use a degree of vision in choosing mates, birds for a dramatic example. But as a rule, mammals are far more motivated by scent when females enter estrous. We don’t catch a random scent molecule and start running in that direction but… while out walking I have detoured briefly from my path multiple times (over my life, not this afternoon) when overwhelmed by the sight of a staggeringly sexy, or beautiful woman. I had no agenda, I just couldn’t seem to stop looking and my executive function went all soft focus as I drifted gently toward an infinitesimally tiny possibility of sex. I wasn’t being predatory, I was momentarily enthralled in the archaic sense of being enslaved, taken over. Many men can attest to an inner self, tasked in these moments with redirecting us back to business, a bit like a parent gently peeling their child away from a toy store window where they’ve become stuck. “Come on, you.” When nature overrides autonomy and makes us more robotic it is evidence that the issue is important and we are not being trusted to manage it alone. Even our standard set of emotions means being jacked around by hormone pumps until we do what’s expected of us.

Nature had to rewire our sight to trigger the chemical cascade of horniness that initiates action while keeping the scent based sex system in place but turning the sensitivity way down. Our poor sense of smell is about throttling down the chemical effects of scent, allowing us to show a bit more forbearance and common sense. That human females do not go into heat is directly related to this shift from scent to sight. Each woman in the community has her own cycle of receptivity and fertility. This takes the pressure off any one year, month, or day. The effect is a margin of safety for our communities. It’s doubtful a complex community would survive the actions that would accompany human mobs fighting for a chance at sex. This is literally an evolutionary adaptation to an incredibly complicated problem of large social communities, their need for peaceful continuity, and our basic sexual functioning.

Mating via pheromone bombs isn’t very subtle, it’s a reliable but heavy-handed means of ensuring babies.  To be sexually driven by sight is like being taken off the leash or at least hooked to a longer one. It may also help to explain our furless bodies as a way to parade our visible sexual characteristics like mobile billboards.

The foundation of human deviations from nature’s sexual canon is culture, the innate force that holds us together… and apart. We have a weak, myopic sense of smell and we maintain distance. Individuals have an autonomy space around them sized by our unwritten and unyielding rules. A million obstacles stand between you and snuffling around another person’s sweaty places. In fact, except for tiny moments of intimacy when passing by or standing close, breathing in the delicious, arousing scent of your person is reserved for those who have already reached the antechamber to sex. In the first moments that you and your desired magnetically hold and kiss each other, sweet clouds of information flow between you, intoxicating and arousing. Scent has been reserved as a human experience, for proximity. For humanity to succeed, our sexual behavior had to include higher levels of discrimination and self-control. Within us, that meant hardwired insensitivity to compelling, seductive pheromones and from without that was supplied by a surrounding culture of judgemental busybodies herding us to make pro-social decisions.

The amount of energy output required to be accepted by, snuggle with and smell your person is enormous and points to how fraught we are with complexity.  Human mating is so goddamn complicated that we (men really, but women have to manage this thing) must be vetted along an obstacle course of red flag detectors possibly for weeks before knowing whether the other truly “smells right”.  Even someone you’ve really come to like, who has an attractive face and body can simply smell wrong in a way that precludes (at least discourages) mating. I’m not talking about odor. There is a highly individual chemical aspect to devotion and passion. We are so constructed that the powerful and intimate bonding feelings rising from scent are only experienced intimately, not broadcast randomly. Culture and a poor sense of smell create a system a bit like locks in a canal allowing only a slow, staged progress toward the intimacy of skin. The infant and later child care requirement of a cooperating mother and father is best supported by a deep, individual, personal connection…the exact opposite of a dog pile.