For Isaac, who was shocked at a story about his early flashes of brilliance. Here are a few early memories of your shining mind.

In the first you were about 18 to maybe 20 months old, that’s a toddler. You had started walking a few months before. Your favorite form of travel was me picking you up and carrying you around. You started to talk a couple of months before this. We were in the backyard at your Mom’s old house, I was carrying you. It was a beautiful evening with a royal blue sky and a big, nearly full moon. You pointed your tiny hand and said “Moon climbing up the sky…” In case you don’t get it that’s amazing. One night not long afterwards,  your mom was driving you home from day care and you were of course strapped in the back seat and said “The night is dark and lovely” You have your quirks my boy, but you have serious gifts too.

I suppose these range (randomly) from around age 4 to 9.

Isaac Poems (from around age 8)

Inside my heart –Isaac Miller:

Inside my heart, there are a thousand playful kittens,
27 ice cream trucks, and a play date with all my best friends.
I read all my favorite books.
I shake cherries from trees and everything is happy for me there.

The cats in the tree
like to watch the world go by.
Mice should watch their step.

Once I was –by Isaac Miller

Once I was a cow, Now I am ice cream.

Once I was a lake, Now I am a stream.

Once I was a metal, Now I am a sword.

Once I was a letter, Now I am a word. 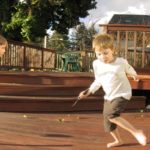 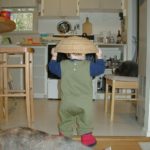 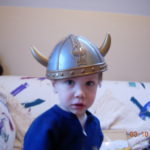 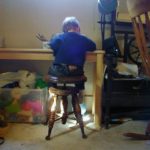 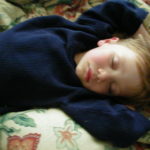 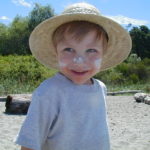 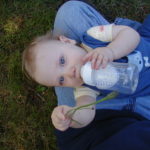 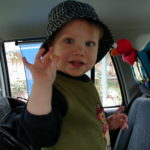