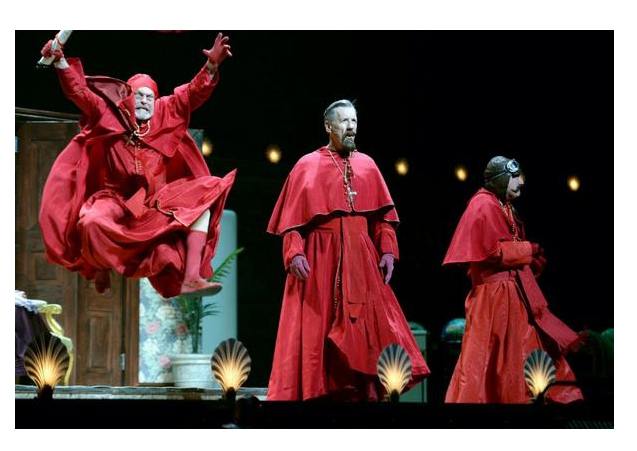 The PC movement on campus is a mutation from traditional leftist groups. While it shows concern for the same kinds of people and injustices as familiar liberalism, it has very different goals and strategies. It is highly authoritarian and pursues an absolutist egalitarianism where the high are brought low and the lowly rise to power. Where it holds power, it accepts no different opinions or points of view, demonizing any holdout till they either surrender or leave the community.
The most important and dangerous thing about the PC movement is that is that it is a culture virus, a contagious meme, and an extremely virulent one. I’m a liberal and I am in no way endorsing either standard or extreme right wing positions as my alternative of choice. I’m trying to make visible a dangerous social phenomena that could become a cultural and intellectual “Spanish Influenza” for our time. At the very least it can poison healthy institutions and create an oppressive atmosphere of coercion and censorship.

A virus needs a host. A social virus needs a community. This virus causes behavior changes that alter social norms and expectations. Ironically, it elevates the PC group to a high status powerful minority with special rights and powers. It supercharges the social consequences of being accepted or rejected by this group.

To be infected, the host must be a relatively small, self-contained community. In a large enough community, the viral effects are too diffuse to snowball.  The community belief system can’t be starkly opposed to the viral version or the initial resistance would stop the virus. The community culture should be cooperative and polite with an aim to find consensus and generally get along. This allows the PC group to blow the doors off community resistance as people hesitate, tolerate outrageous behavior and simply avoid conflict. As we have observed since Trump became president, a bully with power violates social norms and undermines community standards with frightening speed.

The virus exploits human social fears, promoting the infection and suppressing “immune system” response. In this case, that immune response would be from any opposing belief or standards of community behavior that are at odds with the viral behaviors. This social virus affects those inside the movement, but also outsiders.

For insiders, the primary exploits are fears of:

For outsiders, there is nothing subtle about the fears. In-group behavior uses overt intimidation to threaten:

If you are ostracized from the in-group, social intimidation is moments away. The oppressive fear created by this combination pushes group insiders into being more extreme to prove their bonafides. Outsiders witness intimidation by large hostile crowds screaming at a selected victim and understand at once what could happen in they get noticed the wrong way. These ugly tactics make people anxiously toe the line inside the group and suppress empathy and conscience toward victims.  Outsiders mostly capitulate in silence if they disagree. The horror facing them if they become targets often reduces faculty, administrators and college presidents into timid, mealy-mouthed collaborators.

Most scary mob behavior is like a tornado. When the circumstances are right, it emerges with a wild, destructive energy, and runs its course till the effect is exhausted. It can’t reproduce or achieve homeostasis and persist. The campus PC movement is mob behavior that can do both. It grows more extreme the more successful it is.

College age people are socially eager and adaptable. They naturally form groups and they long to be accepted.  A year out from high school, they fear rejection and disapproval and instantly mimic the styles and norms of the group. It’s an age of passionate but often naive beliefs. In PC culture “deal breaker” unacceptable ideas that would get you ostracized or even harassed are huge, black and white, and ubiquitous. Every conversation is a purity test like an ant checking another ant to ensure she belongs there. As a defense, it becomes natural to appear that YOU are the one giving the purity test, not the one taking it.  Since the whole movement is powered by outrage at injustice, a serious member works every day to notice overlooked injustices and spread the word. They also ponder the threshold of injustice, lower the bar and vilify new untapped communities of evil opponents. Language is tweaked to allow for these changes. For example “Racist”  or “White Supremacist” have grown from meaning people behaving and speaking overtly in those ways, to any white person who isn’t instantly on board. “Unconscious racism” is a common trope where you might think you want everyone to love each other but any social justice warrior can see the unrepentant evil inside you. This is very like the inquisition or an outbreak of religious mania where increasingly scant evidence of sin leads to public accusations, public trials (held by the accusers) and public punishment. It is also like both the McCarthy hearings AND political show trials in the old USSR as well. It’s a close match to the Salem witch trials.

I didn’t expect some Spanish Inquisition

Like all of these, there is a background atmosphere of pure good against pure bad. There is a literal revealed truth and it is as jealous as Jehovah. Gray areas and soft edges are gone. When everything that ISN’T good IS evil, it forces believers to anxiously behave as untainted exemplars while scanning the environment for any evil they can report to prove their goodness to the community. Any group afflicted with purity madness escalates the definition of impurity toward “homeopathic” parts per million. If you are sensitive to the new evil you prove yourself true and if you accuse someone else of impurity you appear as a defender of the cause, and when you march with your cohort and hold the prisoner for public trial you are proving you are not all talk. Even if inside you feel sick to your stomach, the need to sync your outward behavior to the group around you is overwhelming. If you are the accused, nothing but complete admission of guilt and humble surrender to the pure message will soften the verdict. While those already “of the body” like to see others absorbed into it, you may still be viewed suspiciously or as a criminal to be punished or a detested underling to be scornfully ordered about and humiliated. If cling to any doubts or moderate qualifications of the pure perfect thought you are seen as an enemy.

This is the group as runaway monster. This is a thought AND behavior virus that behaves like a snowball from an old cartoon rolling swiftly downhill, growing exponentially and capable of crushing whatever it finally hits. It isn’t the left-wing politics, it’s the pure unshadowed good that is sought. As I said, religious and right-wing examples are well documented. The believers are so dangerous because they no longer have these ideas, these ideas HAVE THEM. Social justice warriors who lack introspection, humor or a trace of moderation have been parasitized by this body of belief and are now its walking, talking puppets.