The Spawn of Roy Cohn 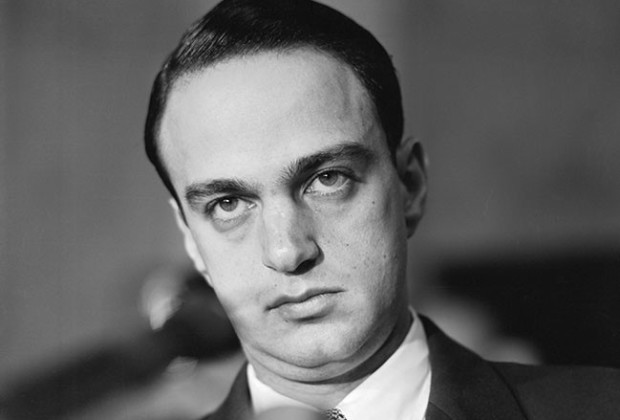 “To the last, I grapple with thee; From Hell’s heart, I stab at thee; For hate’s sake, I spit my last breath at thee.” Herman Melville

Roy Cohn was a human scorpion. He personified the self-hating authoritarian personality. His face was locked in a permanent sneer towards a world that would never love him. He was an aggressive self-promoter who became highly visible while sitting next to Joe McCarthy at the witch hunt trials for communists in government. He was prominent in the effort to send Julius and Ethel Rosenberg to death row (they WERE guilty but he relished their deaths).

Like J. Edgar Hoover and Richard Nixon, he had that odd way of seeming a little TOO much on the side of good in a battle between a pure black and pure white morality. Hoover and Cohn were closeted gay men and Nixon was a black hole of shame and twisted ambition. What they had in common was tremendous self-loathing and an “Invisibility cloak” of moral righteousness to hide their shame. It’s just a variation on the strategy of pedophile priests. If someone takes tremendous trouble to place themselves beyond reproach, it’s certain they aren’t.

Cohn was a mobile inferno of rage and schadenfreude. He never came out as a gay man but he lived openly as a complete asshole his entire life. He never paid his bills or his taxes. If anyone inconvenienced or mildly offended him he would instantly and aggressively sue them with a ferocity that bordered on madness. He would hold to complete falsehoods shamelessly, asserting the same fakery but louder, and louder, never tiring or flinching. Sound familiar?

When Donald Trump was young and hungry to define himself he met Cohn, who was defending him and his father in a housing discrimination lawsuit. Trump was hugely impressed with Cohn’s relentless style and Cohn became his mentor, adviser, and ultimately his personal template. Cohn gave him lessons in denying reality to assert your own story at all costs, those costs being paid generally by others. Cohn helped Trump learn the art of being a rigid empty shell of appearances and unyielding denial, he taught him to use any publicity, good or bad, to power his own pursuits. When Cohn was dying of aids and pursued by the US government for millions in back taxes, Trump dropped him without hesitation.

Many articles have been written about this strange relationship, but my point here is the fateful way that Cohn and Trump recognized each other and the way that Trump as an unfinished young man, accepted a piece of the black flint that Cohn used in place of a heart, to use in place of his own. Some kind of undistinguished black mass took place in a rococo upper east side penthouse. The power and strength of these two men are unarguable but it’s founded in weakness and emotional fragility, it grows from emptiness. Neither could find comfort in being close to people, neither could bear an uncomfortable truth about themselves and they both savored the cruel humiliation of whoever earned a frown from them. There is a viciousness here that is never found in healthy people. Their trajectory through the lives of others was always bent on diminishing, wounding and harming. Trump hasn’t changed, he’s just gained access to exponentially more lives to diminish in his passing.

For the last few years, our politics have been dominated by the successful application of Roy Cohn’s bag of tricks. The media was utterly flummoxed by Trump, someone who never felt shame and never played the templated role of the contrite man publicly shamed by the press. The stages of the public media shaming ritual with its ultimate thumbs up or down are as stylized as Japanese Noh theater. In disbelief, the news media watched him repeatedly slip away, as if he was defying the laws of physics. This was one of many standard media set pieces that require a cooperative effort. Trump never cooperates or honors the rules, he flouts them strategically.

Trump has elevated Cohn’s rules to standard operating policy for the chief executive of the United States. Trump’s highest criteria for his staff is unquestioning loyalty to him and this requires them to embody untruth every minute without blinking. They reduce their living purpose to becoming tentacle-like extensions of Trump’s ego. Trump himself is a cipher, a soulless nothing frowning with his make-believe serious-man face. He struggles to look like a man who has even imagined compassion or the greater good.

Roy Cohn’s spawn fill every role close to Trump, protecting the central lie with an ocean of lesser, defensive lies:  They are the hydra heads of the resurgent demagogue essence swarming the world stage, not one of them able to conceive a single earthly thing more important than themselves. There’s a baffling kind of evil in people who can survive happily without even a little truth or a single good wish for the world at large. Yet they persist, a pestilent raft of imitation patriots floating on an ocean of nationalistic enablers. 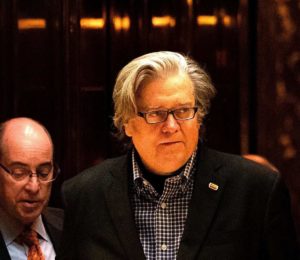