The Descent of Darwin: Part 1 – Survival of the Best Connected 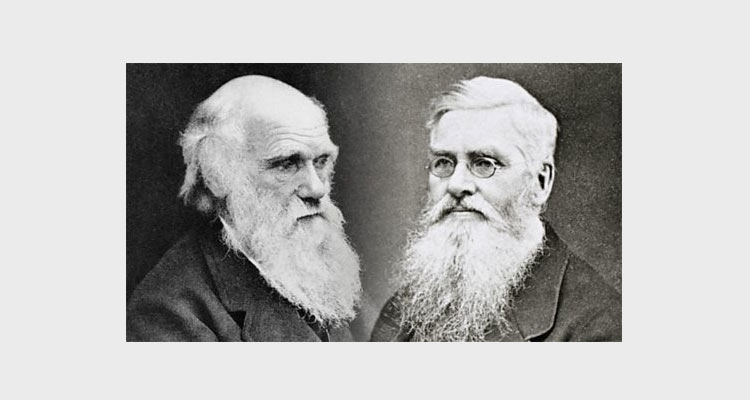 “Who trusted God was love indeed
And love, Creation’s final law.
Tho’ Nature, red in tooth and claw
With ravine, shriek’d against his creed.

No human creation grows in isolation from the culture around it or from the deeper rules of our species. Science isn’t exempt from this truth, especially where theories and results cross swords with ideology and vested interest.

Charles Darwin wasn’t a bad guy, he was highly intelligent with a gentle disposition. Nor was he an especially good guy. As restless as his intellect was, he was a creature of his class and his time. He was rich and privileged and utterly convinced of the rightness of this arrangement. In his world, it was a given that the aristocracy earned its good fortune with innate superiority. The poor were a sorry lot who were to be pitied (within reason) for their inadequacy. They lived in squalor and lack due to their flawed nature.

This harsh and rejecting aspect of the human mind toward poverty is becoming well documented. If you haven’t already read it, I suggest you take a quick look at my post Neuromechanical Cruelty. Hating or at least disdaining and disliking the poor appears to be a human norm. Being nice and helpful to the rich, likewise. Those behaviors are the classic Homosapien elevation of an “alpha” group deemed superior. These rise to the top of a power pyramid. The large base beneath consists of people smiling at those above and frowning at those below. This is the piece of our nature that automatically creates a rich, protected elite and self sorts the rest into a caste or class system. This is our history everywhere since the late Neolithic. It is an innate part of how human tribes over a certain size, organize themselves. It isn’t imposed from above even though it feels that way.

Anyway, the reason you know about Darwin’s theory of evolution is not because he alone was correct. It is because his version of evolutionary theory supported the pre-existing beliefs of the English aristocracy and because he was one of them. Far from shocking them, he essentially told them they had been right all along.

The British empire was at the height of its “Imperial Century”, at this time, it included over 14 million square miles of territory and 450 million people. It included more than a quarter of the world’s population and it was said that the sun never set on the British Empire, a phrase attributed to a Scottish writer, John Wilson. It’s not surprising then, that the dominant meme about life among the upper-class British at this time was that life was a bloody struggle, that success was evidence of superiority and to the victor go the spoils. Might makes right. You can hardly blame them for thinking so.

With its emphasis on fitness as the key to evolutionary success and competitive pressure as the engine driving it, Darwin’s theory described a bloody struggle, in the end rewarding the best. This is a case of fielding a scientific theory which seems radical on one hand but reassuringly familiar on the other. If you were tasked with deciding between two radical theories, wouldn’t you feel at least an attraction to the one that more confirmed what you already believed? Confirmation bias is a hell of a drug.

Darwin’s competition was Alfred Russel Wallace who was poor, politically progressive, and lower class. Wallace had sent Darwin his own theory in 1858 to see what he thought of it. Darwin was shocked at the similarity to his own work and after YEARS of sitting on it, rushed to publication. When the theory of natural selection was unveiled to the scientific community at the Linnean Society on July 1, 1858, the entire program was engineered by Darwin’s colleagues and close friends, Joseph Hooker and Charles Lyell, to give their friend priority. When Origin was published a little over a year later, modern evolutionary theory became Darwin’s theory.

It’s worth noting that the champions of “Survival of the fittest” cheated to win. This was not the only time that a scientific theory gained prominence through collusion by powerful friends but possibly the most ironic. Of course, it’s possible that Darwinism would have won in a fair fight… but it didn’t. Cronyism made certain it didn’t have to.