Why does Democracy fail? 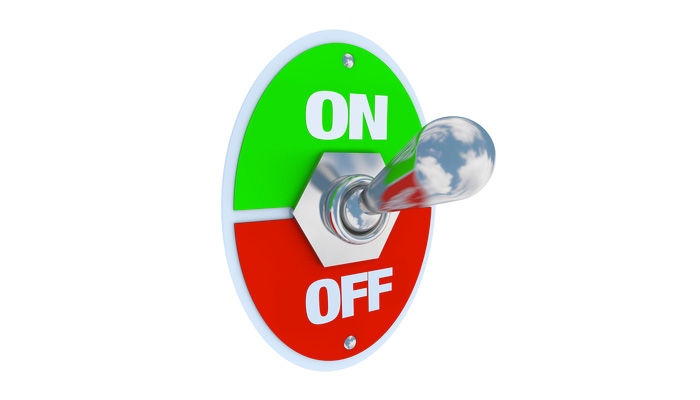 There are some funny little devices I’ve seen out on the internet which when you switch them on, a little hand comes out and turns itself right off again. When democracy fails it’s a bit like this. Any political system is a sort of machine, and when a democracy elects a tyrant or a theocracy it’s the hands of the people coming out and flipping off the machine, possibly forever.

In my theory about population dynamics there will always be a homeostatic balance between conservative and progressive. Not a PERFECT balance, simply the local balance tuned in to the local cultural wavelength. (I give a specific breakdown of what these labels really mean elsewhere.) On both sides there is wide gradient of belief but conservatives are essentially the loyal foot draggers. They ALWAYS feel that things are going out of control and that invaders are coming and that whatever the old school authority is, it doesn’t get enough respect, dammit.

There are absolutely loads of moderate and reasonable people within the conservative group. But rather like deep water, the pressure builds as we dive down into this way of believing. The extreme range of these people are angry and excitable, ferociously loyal to authority and something I might call “clean original beliefs“. Those beliefs could be about the founding fathers or Islam or Serbian nationalism, it isn’t important. Conservative people are the bedrock defense force of whatever culture they inhabit. They suffer with revulsion at everything that isn’t on message. An intriguing fact is that in psychological tests conservatives really do suffer more revulsion at disgusting pictures than the rest of the population. This is true to the point that it is diagnostically accurate. Scientists think the emotion of disgust evolved to make us keep away from things that could poison us or spread disease.  Conservatives, in this light are acting as an automatic force of rejection toward all that feels foreign or “Just not right, somehow.” * 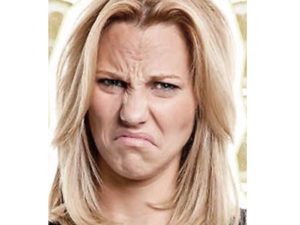 In extremity, these are the ones who push the off button on the liberty machine because they feel that things are slipping out of control and need a “firm hand”. In America the same people who talk about how the tree of liberty is watered with the blood of tyrants will wail inconsolably about a very moderate liberal being in power and then create a ground swell movement to elect a proto-fascist. There is nothing wrong with these people being what they are, they are a completely natural part of how human communities strive to preserve their cultures. In a real sense these people naturally form part of the immune system of all cultures. They defend the borders, literal and cultural. In fairness, if they are robotic in rejecting, liberals are often robotic in accepting.

The sub-populations of China, Myanmar, Cuba and Iran who staunchly support their repressive governments are this same range of the human spectrum. The words and symbols they use are strictly local but their behavior is global. Countries with too many people operating from this fearful and controlling political stance will short circuit democracy if not instantly, than speedily. One of the saddest things about the “Arab Spring” was watching democracy stillborn as regressive parties vied to see who would be chosen to eliminate the new openness.

In America where liberty and revolution are the sacred roots of our nation, conservatives use these words, but the right music isn’t playing. There is nothing more freedom loving about right wing Americans.

They are simply saluting whatever is the old school sacred foundation where they live. They are loyal and protective and naturally fill the ranks of the army.  The rhetorical style is “aghast and accusatory” because their role is seeing danger and ringing the alarm. It’s 24/7 Paul Revere in here.  This is why they accuse liberals of being childish and irresponsible, because to them everything appears to be hanging by a thread and the liberals are acting like everything is ok. It reminds me of a supposedly true story I once heard about a mental institution that had a fire and the paranoid patients did a brilliant job of helping everyone evacuate because they lived their lives imagining how to deal with worst case scenarios.

When things actually ARE dangerous and chaotic, conservatives get very agitated. In such times they gravitate to nationalism, authoritarian leaders and demagogues and they SURGE. When they are in surge mode, powered by numbers, they can easily drop cultural standards of civility and nonviolence. This is why there has been increasing right wing terrorism in America in a direct parallel to the intensity of the political language at the top. The more inert type of disgust felt by the mainstream right wing sizzles and pops and arcs into a critical mass of actual violence out at the more extreme edge. However…it needs to be said that they also interpret noticeable progressive changes as dangerous and chaotic. The awful edge of the conservative wing has been angrily exchanging watermelon and coon “jokes” since an African American president took office. The sensible side would never endorse this ugly horror-show but they have behaved as if he was not the genuine article since his election and as if it was his place to suffer any insults they sent his way amiably. To conservatives, a cultural norm has been altered to an unacceptable degree. A woman leader seems poised to come next and that is the line that seems to them as dangerous and chaotic as any outside enemy; their world, the one where things make sense would be gone forever.

The seriousness, no…the literalness with which conservatives view the symbols and traditions of their culture along with their innate fears of outsiders changing things makes them relatively easy to manipulate. Their vulnerability is easily used by cynical leaders. If these leaders look the right way and sound the right way, their loyal followers will never see themselves as being wrongly used because it is their job to loyally follow authority. Most conservatives still don’t see the Iraq war as an unnecessary catastrophe breaking our bank and wasting lives because…America. If we see Donald Trump as a demagogue then good for us for recognizing the obvious. But the platforms of right wingers for years have played with the components of demagoguery to power the base. They simply never imagined that messing with these unstable and dangerous elements could ever get out of hand. In this election the spark was too close to the fumes and the explosion left the “leaders” without eyebrows, clinging to the runaway machine and pretending it was going someplace great.

Donald Trump talks to his people in the correct language to hold their attention and energize them. Notice that he speaks as if civilization has fallen and things have reached near fatal levels of decay and corruption. He tells them his opponents are criminals. He excites them with thoughts of conspiracy. He tells them that enemies are everywhere and dark actions must soon be taken. “Make America great again” places the golden moment safely in the past where we can’t quite focus on it clearly but we feel a reassuring warmth as we think of it.

It’s kind of heartbreaking… on the grand political stage it’s the equivalent of pretending to throw the ball for the family dog and watching him run off looking everywhere for something he’ll never find….then hopping in the car and driving away.

* For a simple explanation of the test: click here and over here for related information about the science of disgust