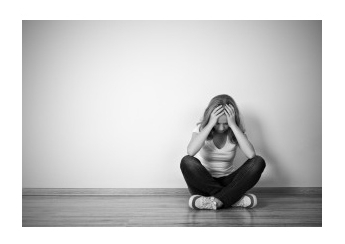 As a person who has dealt with a lot of depression and has escaped it I would say: Depression is a hostile takeover. Depression is a looping fugue state and there are things depressed people do that maintain the depression. Depression tells you that soul gargling misery is your new life. Depression watches you like an abusive jealous spouse to make sure you don’t see any other feelings.

Sadness is completely different. Sadness is normal and healthy and contemplative. You do not despise life when you are sad or even grieving. Your relationship to life isn’t fouled, poisoned and stuck; it is simply a place in the natural flow of our emotional range of motion and it is mostly appropriate when it arises.

What I know of depression is that it begins as a cascade effect and that it ultimately requires the victim’s cooperation to complete its circuit. 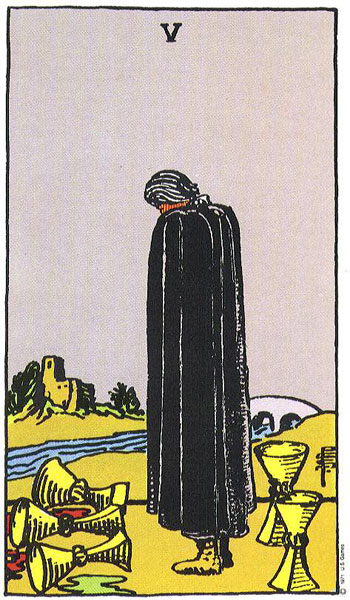 One danger signal was a kind of impatient bitter anger flaring up accompanied by feelings of unfairness. But for me, the thing that started the cascade was saying to myself: “It doesn’t matter” Or “I give up”. This is followed by “this always happens to me” which is followed by more sad mice nibbling in increasing waves of amplitude. This sequence is a spiral staircase downward with a sudden trap door at the bottom. Once through this trapdoor, depression is a steady-state. It’s not a mood, it’s a place. It’s as if a neurological/ emotional tipping point has been crossed.

In my experience, once here depression has certain visceral feelings, literally gut feelings. An odd sensation in my stomach begins and a strange sense, sickly pleasurable, of the intensity of it along with a background sense of marveling at how awful it is. There are waves and troughs, screeching self-loathing, and pits of sodden despair. Shame is everywhere, and a horror of being seen. One makes brave attempts to look normal with red eyes and a cracked expression. It truly is an altered state, a nightmarish one.

And all the while, the voice of your worst enemy on a concentration camp loudspeaker hammering you down and mocking your attempts to lift yourself up.

This used to happen to me two or three times a year, with disastrous results. It was like a kind of weather that blew in and stayed awhile then blew over though some unknown mechanism. Later I began to learn about the biochemical aspects of it, and later still I came to notice the voice and the key phrases that were the predictable opening chords. To my astonishment, I was an active participant in the process by speaking the lines and opening doors deeper and deeper inside me to my worst enemy. This is not blaming the victim, this is mindfulness. This is learning that it’s better not to walk into that giant hole over there.

I do require medication to even my playing field, I have a biochemical vulnerability. But the psycho-dynamics of thought are half the battle. You must actively reject this enemy, you must tell it that things DO matter and you DON’T give up and that this DOESN’T always happen to you. Fight. Fight for your life. This is your moment to save yourself.

But it is a different challenge for friends and family: There is a fine line between being a loving listener and being an enabler for this. Listen lovingly but don’t overindulge the misery. Likewise, don’t mock or get caught denying your friends assertions of misery. Do not bother listing solutions to problems. You cannot win them over with words. A depressed person is a virtual district attorney, prosecuting hope. You can tell them that depression is a poison and that while that poison is in their system there is no solution to their problems. That no matter what they are thinking the problem is, the REAL problem preventing work on any other IS the depression.

The first thing you have to do is look for opportunities to do things that tend to break the person’s bond to depression. Enjoyable exercise, or a game that requires losing yourself in focus and attention or doing something that actually is meaningful and helpful for someone else. In a perverse way, when we are depressed we are grotesquely full of ourselves and the quickest way to happiness and health is the kind of disappearing we do when really engaged by things outside of ourselves. In depression “WE” fill the lens. We can’t escape ourselves. But when joyful we become JOY and our personal agenda becomes a faint background issue. Life problems are real but depression is a loop, a misery fugue state, and the loop can really only be broken by times and experiences that allow people to escape it long enough to remember and reclaim their normal lives.

A Kind of Summary