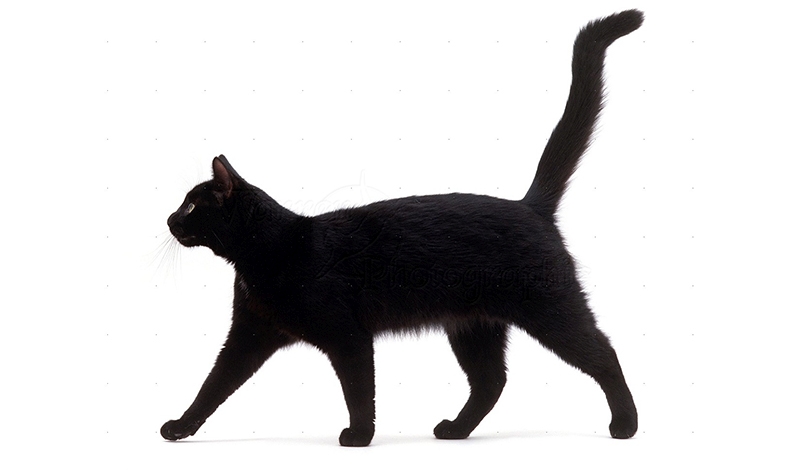 “I could be bounded in a nutshell, and count myself a king of infinite space, were it not that I have bad dreams.”  Hamlet, scene ii

When I was a college boy many, many years ago I saw a cat.
I saw a cat and the cat was acting like a cat.
The cat was catlike and there was nothing about it that was anything BUT catlike.

This was a revelation and like most revelations it loses practically everything in the translation from shimmering vision to paragraph in black and white.

He was stalking and playing and being curious and easily startled and all sorts of catty things that anyone could predict. What filled me with awe was the fact that this cat had a nature and that he could do nothing that was not of a piece with that nature. The word nature comes from the Greek natura meaning “essential qualities, innate disposition” and that is the sense in which I mean this. I saw that cat as an expression of the essence of “catness” but not as some platonic ideal, I saw it as an instance of a running program. The program “Cat” existed in millions of instances all over the surface of the earth and I was watching a single instance of it having a nice moment in the Florida sunshine.

I saw the cat at that moment as an autonomous intelligent agent. He had an internal collection of operational modules or scripts determining what, from moment to moment in varying conditions, he should do; In this degree of youth or age, of health or sickness, heat or cold, hunger or satiety. He was an instance of a robust and dynamic program. He was not an AI (artificial intelligence) but an NI, a natural intelligence. Was he conscious? Of course, obviously, but partially. He was highly alert and interactive and there were tons of things he could interact with meaningfully and flexibly but he could be conscious of nothing that the cat program didn’t include as an option. We could become best friends and love each other dearly but I could never explain a poem or a molecule to him. He had a cognitive ceiling and clear limits to what he COULD be interested in and aware of. He was enabled by having an existence and a range of sensibility and autonomy but there were innate limits implied by those abilities. Every strength describes its border with weakness, He was conscious/unconscious, autonomous/automatic…free/not free. From the viewpoint of a more cognitively sophisticated creature (like me) he was slightly robotic but to a less sophisticated creature (like a grasshopper) he had a supermind of freedom and complexity (not that the grasshopper could know that).

There was a tiny little windows program years ago that I liked, though you couldn’t help but eventually tire of it. It was a little virtual cat named Neko (Japanese for cat) that “lived” on your desktop. It was a cute, very simple animation of a cat and it had a repertoire of cat behaviors that was more realistic than some of the virtual pets I’ve seen. Neko chased the mouse pointer whenever it moved. If the mouse didn’t move for too long, Neko would clean herself, yawn and curl up to sleep near the mouse. The when you moved it again she’d wake and chase it again. Very simple and ultimately you’d feel that you’d seen it enough and uninstall it.
But in its simple way it charmed me with its little details. If you mapped out the algorithm that drove neko it would be relatively simple.  (Feel free to skip this part and proceed to “The Human Version” below)
{A. at start:
A1. notice mouse position (repeat every 0.05 seconds)
A2. play animation of running in correct direction to intercept mouse
>Intercept mouse
B. when mouse intercepted
>play animation of sitting on it
B1. if mouse moves
play animation of surprise – then ->A2 (as needed if mouse continues to move)
B2. if mouse doesn’t move for 20 seconds
play animation of yawn -> B1
B3. If yawn played and mouse continues to be still, play animation of self cleaning -> B1
B4. If played self cleaning animation and mouse continues not moving play animation of curling up to sleep – followed by animation of sleeping – > B1}
That’s basically the program for Neko written in normal human language. I’m sure a programmer could point out things I overlooked but I’m just trying to create a casual understanding of the scope of nekos possible actions and the dependencies.
What would it look like if you attempted to sketch out a similar script for a real cat? Let’s leave out the some of the foundations like the guidelines for building the cat’s body in the first place and maintaining all the various physiological systems, or whether the cat is old or young, or sick or whatever. Just a generic cat on a generic day.
I decided to make this a link rather than have it confuse the point of this post. Take a look at it later if you like.
There’s my silly little script for a cat. It’s not robust enough or individual enough to really cover the nuances of cat life but if I could write that in ten minutes than a better effort might bring all sorts of other details on-line as well.

I started to consider all sorts of animals in this light. Cows and birds and dogs and…well, you get the idea. It seemed to me in that moment that the earth was covered with overlapping layers of running programs endlessly being copied into the present and future via reproduction. And that all animals and even plants and bacteria were these semi autonomous conscious/unconscious agents …and that that included myself and everyone else.

It flooded me in a moment that I was the same as the cat. As a human, I had a nature, as an individual I was an expression, an instance of the human program and that even if my cognitive ceiling was huge compared to the cat, it was just as real. As much as I can understand broadly and interact flexibly with the universe it is only within my human nature and its unknown limits that I can do so. The unknown limits are not limitless for being unknown. The fact is, if you have a cognitive limit it stands to reason that you can’t really know it and describe it. It creates its own blind spot. Now this could become fruitless and futile (and frustrating!) if we strive against it in desperation or if we feel insulted by the very idea. This is a big deal for the human race, in a way it’s like a critical factor to be included in our calculations, an uncertainty principle, a course correction, an allowance made for drift or drop.

This slightly creepy and cold blind spot surrounding the sum of our perceptions is only one piece of the pie though. If we are of a piece with our fellow earthlings and we too are running programs (and the evidence that we are is simply overwhelming) then we too are conscious/unconscious, autonomous/automatic…and free/not free. We have a cognitive range which is more extensive and dynamic than a cat, but just as closed. Similarly, cats and all other species have fairly strict programmatic instructions for how to navigate life’s questions;

If you place a clutch of wolves or beetles or marmosets in any environment that they are capable of surviving in they will not turn to each other and say “What the HELL do we do now?”  No, the program runs and they act seamlessly in accord with it, as in fact they have no choice but to do. The running program is as natural as the Tao. It might even perhaps be understood that way. Of course if you place those same animals in an environment where they CANNOT (typically) survive the program will run just the same until they die. (Unless there is subroutine allowing for some flexible adaptation to circumstance. But even this would be an aspect of the program, wouldn’t it?)

If every entity on the earth has an innate running strategy program for dealing with life then what nonsense to say “Except for us.” Now to the extent that we have innate “rules of the game”, if we are like the other Earthlings then to a large degree these rules are likely to be hidden from us in our behavior. That is, the program doesn’t care whether our conscious minds know the rules any more than whether cows or bees are conscious of the rules. The only thing that matters is that the rules are carried out. I sometimes imagine our conscious mind as a sort of monologuing helium balloon carried along by our more mechanistic side and generating plausible reasons why we did what we did. I don’t believe our independence is QUITE that limited. But in a shoving match between our independence and the program instructions I’d more often bet on the program.

The thing about rules that really MUST be followed is that they can’t be put to a vote. The more life depends on something, the likelier it is to be automatic. It seems that life deals out consciousness rather parsimoniously, on a “need to know” basis. The horse, for example, will not be saddled with any more critical thinking skills than are required to horse around. Can you imagine if your heartbeat or breathing depended on you remembering to do it? Now consider something you can clearly decide for yourself like…what underwear to put on or what book to pull off the shelf or even what college to attend. You have volition in direct proportion to how little your life depends on it.

Eating and sleeping seem like gray areas because they must be. Our lives since the beginning have been too complicated and fraught with danger to handle eating and sleeping on automatic pilot. First of all when will the food be available? Is it safe to eat now or should we grab the goodies and run? Sleep likewise is not always a good idea at the moment it is needed. Hunger and weariness are instructions with the weight of discomfort behind them to look for the nearest opportunity. Both are an interaction between unconscious processes and conscious choices. Both sides are critical to the effort but I would say that the unconscious processes are using conscious choice as a tool and pretty clearly not the other way around. It’s a strange thought that our executive function where we are most what we think of as “ourselves” can be at moments a sort of errand boy for a bio-mechanical process.

I doubt that many men can honestly say that their executive functions have never been hijacked to accomplish another popular biomechanical function.

Existing in more than one way

This moment begs for a clarification. If this was a more like a typical “sciencey” article,  especially one from a few years back, my point here might be that the unconscious puppeteer mind was the real you and that the part of you which feels the most human and real was actually the least. But that is not where I’m going. The puppeteer is real because otherwise the human race would not survive. The compassionate, deep thinking, funny joke making part of you is absolutely real as well. Your consciousness is the emergent reality arising astoundingly and beautifully from the constituent more “mechanical seeming” pieces of you. And this consciousness is such that ringed in as it is by a cosmic blind spot, and manipulated as it is by the cold puppeteer of survival, it can consider its own blind spot and its own programming rules from a position where it may ultimately decide to edit them to follow a path that is more beautiful and more free.