He’s walking “hands free”. His cautious temperament finally felt ready to let go and he just started strolling across the living room. Now he often walks in odd patterns that are unmistakably about fine tuning the controls. He walks in little circles and stoops to picks things up and keeps on cruising. It’s a careful little waddle with his hands in the air but he’s making a break for it.

He is obsessively gathering data about the universe. His most common phrase is “Dat” meaning “what is that?” And we go through every book naming names and qualifying definitions. “That’s a baby bear” “That’s called a dinosaur, it’s like a lizard but very big” “That’s a truck it’s like a car but bigger”. For a long time we lived in a one word world meaning what we heard was kitty (Ki), doggie, birdie, etc. The most exciting thing verbally is that he is starting to hook up little things that go together. We have a tourist guide to Florida with herons on the cover and he looked at it and called out “birdie” which is obviously nothing new but I walked us over to it and picked it up to look at it and he said “bird book”. We count things on the pages of his books (one two three four) and when we ask him to count he goes like this: “One hoo dum hmmm buh” or “One One One One”.

He points at zero and says “None.” I can’t figure out what this means, he’s either parroting us talking about numbers or he is recapitulating the discovery of zero itself, one of the critical scientific revolutions leading to all the science and technology of our modern world. I think probably that’s what it is.

The other night at dinner he was talking in gibberish paragraphs that were like listening to a slightly familiar foreign language being spoken.

To us this is pretty spectacular. 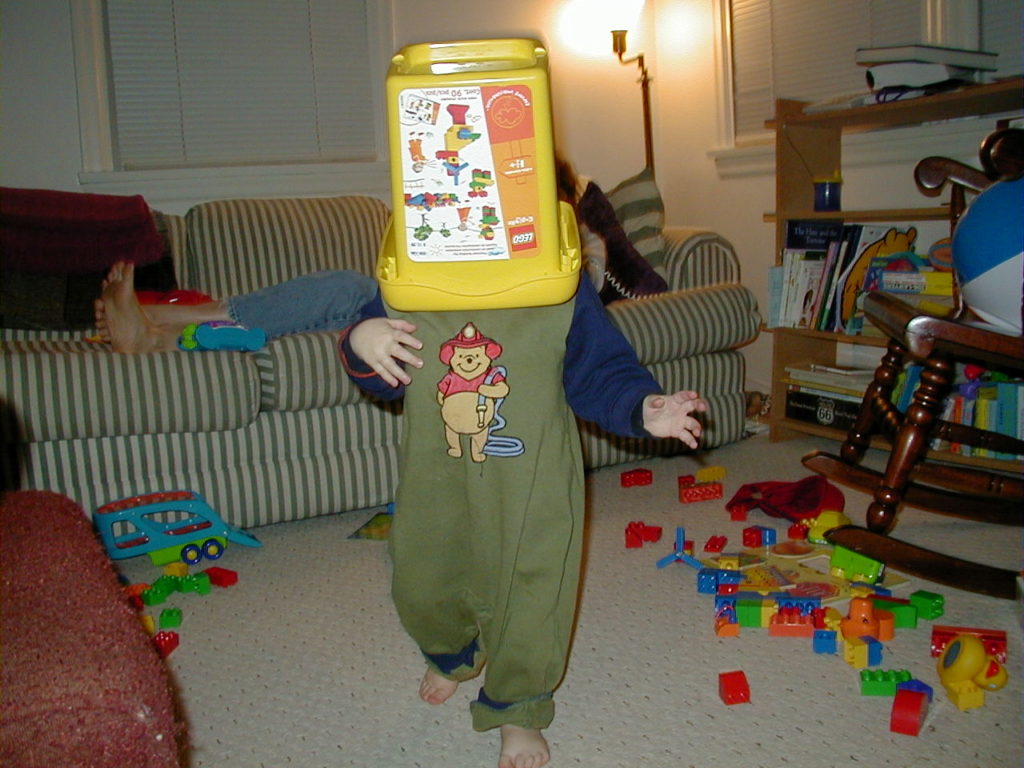