Well…I’m all at sea. I don’t know where I left off but I know it was a while ago.

Isaac is Six feet tall and taking pre-med at UW.OK not quite, he’s fat and small and still a baby though a big strong smart one.

As my earlier email to most of you this week mentioned, the word “birdie” is filling in for well, all the other words. It could be summed up by this phrase: “If you don’t have something birdie to say, don’t say anything at all.” (Except bye bye and cat).He is still using his parental slave units to hold his hands while walking across open rooms but he is round pink lightning along walls, off couches and beds and after rolling toys and cats.Some of the cool stuff I could tell you doesn’t fit well into anecdotes because it’s about the little things he notices by listening and looking and the ways he tries to communicate. No example really rates a story to you (I have some self respect left) but he is more observant and involved and relating in deeper ways.

When he was really an infant and he put his head down on my shoulder it was sweet but it meant he was going to sleep. When he does it now it means “you’re my person” and it is to die for. He’s very grumpy when he’s grumpy and he’s very sweet when he’s sweet. We play “I’m Gonna Get You” and he laughs and squeals with a purity of joy that makes me feel less cynical about life, the universe and everything.Here’s to you all 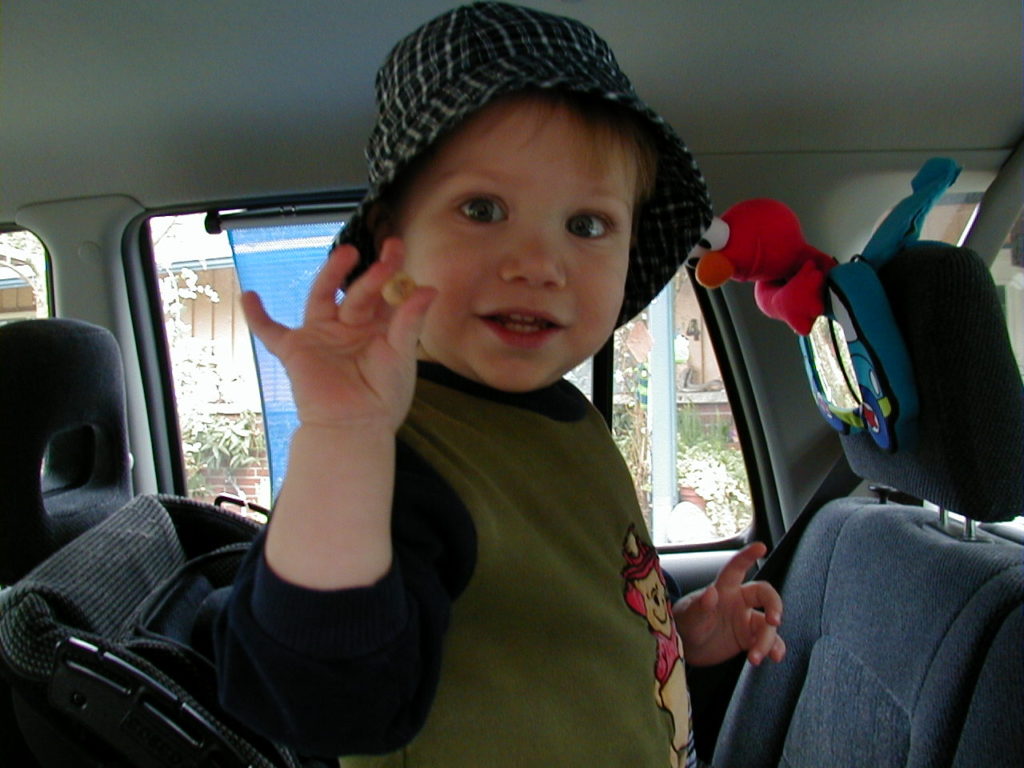