A Series of Unfortunate Decisions

Or: I risked my life for ugly sandals.

When I entered college I was a naive, disorganized, and eccentric person. This was also true when I left college – but that’s not really the point of this story.  Also, I didn’t know I was naive, disorganized, or eccentric when I arrived or left for that matter. After my grindingly lonely adolescence, I was overwhelmed to be in such an exciting and rich social environment. The amount of human contact was dizzying. I lost any academic focus in favor of people, People,  PEOPLE! But I quickly encountered a problem: Everyone seemed to be a factor of ten cooler than me. My new friends were constantly doing things like bicycling across South America or spending six months roughing it in India or hitchhiking cross country with a knife strapped to their hip. I am a bull moose introvert and a lover of comfort and safety. I was morbidly introspective yet lacking any real self-knowledge, as I had no life experience.  I was embedded in the new age spirituality of the time and I thought I was about 8 paces from enlightenment. This in no way conflicted in my mind with doing lots of drugs and being fairly promiscuous. I certainly never imagined that I was something called high functioning autistic, or ADHD, with a lengthy list of phobias and rigid behaviors.

I simply felt that I didn’t measure up to community standards for coolness. I would have to become more courageous and daring. I began keeping an eye open for a situation I could use to toughen myself up and bolster my street cred and my cool quotient. I soon stumbled into/engineered one.

Most of my new friends were sort of clothes optional people and social nudity was not a big deal at all. It all started with bunches of us swimming naked in the pond that surrounded the chapel. We’d all tromp down to the edge of the water, throw our clothes off and dive in. I remember a well-known member of the art faculty joining us at least once. I also remember a look crossing his face that I now interpret as “Did I just ruin my career?” 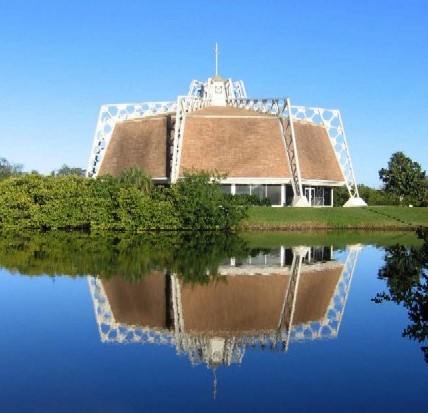 Afterward, we’d throw on just enough clothing to walk around in public and head back to the Kappa dorms where everyone would hit the showers together. As I look back and remember standing in the girl’s shower, being soaped up …by girls, I realize that times like these are impossible to appreciate properly while you are still being included in them. The whole dorm became defacto clothes optional much to my delight (and almost definitely to the distress of others). We also took to sunning ourselves naked on the concrete porches of the south-facing upper floor in Kappa. In response, the buildings and grounds guys in their little golf carts started incessantly driving back and forth across that field on countless emergency missions that all required offroading past the naked chicks to save time.

One weekend, a sort of friendly acquaintance, David, came down from Gainesville, (a small university town about 2.5 hours north on Highway 75) to see Dale, the (female) RA of the dorm (and regular member of the nude swim team). He brought a really cute girl named Diana with him. I’m not quite sure why, but we all ended up sitting around in Dale’s room naked, and smoking dope, exactly as our parents had hoped. I sprang a sudden diamond-hard boner that remained in place over hours of talking and laughter. I didn’t feel any shame or awkwardness, possibly because it was a “Life is Wonderful” boner rather than a “Let’s get it on”  boner. In the 2 or 3 hours since meeting each other, Diana and I “hit it off” to the point that we climbed out the window to the “porch” at midnight and spent a long, weird, not very comfortable, yet sexy night on that balcony. I remember receiving a blowjob at dawn and looking up to see Dale’s two owlish female neighbors peering at us, in flagrante delicto,  through their window blinds – in a distressed yet very attentive sort of way. I came close to giving a gentle wave hello but opted for pretending I didn’t see them. Sleeping outdoors on a slab of concrete is chilly and unpleasant even in Florida so Diana and I rose early, shuffled naked through Dale’s room, and off to the women’s showers for a hot and soapy fuck to warm up.

Diana and I had a nice morning before I wished her and David safe travels and they hit the road for home. Diana might easily have left my story so thoroughly at this point that I could have forgotten her long ago but for an absolutely terrible “good idea” that soon struck me.

These stupid things still exist. The name should mean “Pebble Scoop” in the original German because this is mainly what they do, fetching any nearby pebbles with the enthusiasm of a black lab.  At the time these dumb things were considered cool but St. Petersburg (where the college is located) was not cool enough to have a Birkenstock store. The nearest place I knew of to get them was in (wait for it)…Gainesville, where David and Diana lived.

In a flash of genius, I decided to improve my cool status by hitchhiking to Gainesville to acquire my own pair of foot-based German pebble scoops. This really just gets stupider by the second as I see myself writing these words. I decided to hitchhike in order to have a “real experience” of the sort my far cooler friends seemed to tackle without blinking. I would earn Bravery and Style points. I would find the whole experience casually fun, almost certainly earning myself an upgrade in personal worth. Soon I would understand how awesome it is living on the edge.  I would be changed.

I called David to see if I could stay with him overnight but it wasn’t a good time for him. So next I called Diana to ask if I could come up and see her. For some reason, it never crossed my mind that she might interpret this as me being sort of sweet on her. I was just looking for a place to spend the night during a rather unusual shopping adventure. A place where I could also have sex sounded absolutely brilliant. Diana seemed excited to see me and said she was looking forward to it.

Midweek I got ready and headed out. I looked like this, just in a floppier t-shirt and nearly shoulder-length hair. I carried a few belongings in a colorful woven wool Mexican shoulder bag. I looked young, rather feminine, and bad at self-protection. Ready to rely on the kindness of strangers! Blanche DuBois was ready for the open road! 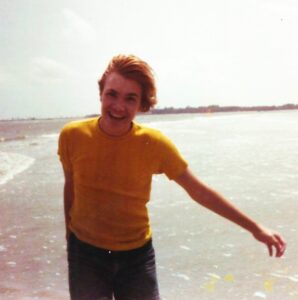