The Human race as a strategy

Every organism has a survival strategy. Survival strategies are species and subspecies templates for living. They describe a specialized role within an ecological niche. Their roles are defined by exploiting a particular angle on making a living and by the adaptations of their bodies toward this goal. The amazing anteater for example makes a living…anyone? Anyone? Correct, eating ants. And has adapted in an amusingly specialized way with powerful claws for ripping into nests and long sticky tongue.

That is a deep, deep commitment to eating ants. But not really any deeper a commitment than most other species: The overall species strategy is a highly specialized job with a body increasingly adapted as a tool to do that job.

But not us. We are constantly looking for new angles to play and new ways to play them. In pursuit of that goal, we may vary our focus, lifestyle, and ecological niche. But except for phenotypic variations based on local weather, our bodies don’t adapt. We don’t specialize via our bodies, we specialize via technology: A spear is a 7-foot long claw that can fly. Well sewn clothing is a thick warm pelt, opening our way toward the ice caps. Horses turn us into ten-foot-tall monsters moving at the speed of antelopes. Farming is a “Game of Life” survival cheat code the levels us up. Sufficient change in technology equals a virtual shift of species with an altered template for life.

Our technology transforms us personally and as social animals. The rules for hunter-gatherers are not the rules for farming villages. We reorganize ourselves in a bottom-up that unpacks itself through the individual daily actions of each human playing the new game. Pyramids and kings pop into being from the right tools and population sizes. Each shift redefines the group size that we consider to be: Us. Ourselves. Are we 50 people, a thousand people, a million people? Ask the tools, they make the rules.

When the human community becomes large enough and complex enough it becomes a virtual ecosystem unto itself. The specialized work of individuals mirrors the variety of organisms in a wild ecosystem. Enough complexity makes a self sustaining virtual ecology. AT least until the robots throw us all out of work.

Cultural Variation as a strategy

Every human group that can define as “US” creates culture. That culture expresses local traits with one unique voice. Varieties of approaches to mating, religious dogma, openness to outsiders, etc. equal a real-time experiment in how successful these traits are as a human survival strategy. The values for these different traits emerge from the tension force within the community.  Authoritarianism is a strategy, so is liberal democracy, so is theocracy. Winning could mean stability or expansion. I call this expansionist trait “Virality”. One culture may make it’s people happy and healthy but virally dominant cultures can take them over.

(That’s draft one. As usual, if you found this intriguing check back once in a while. I do update and re-write.) 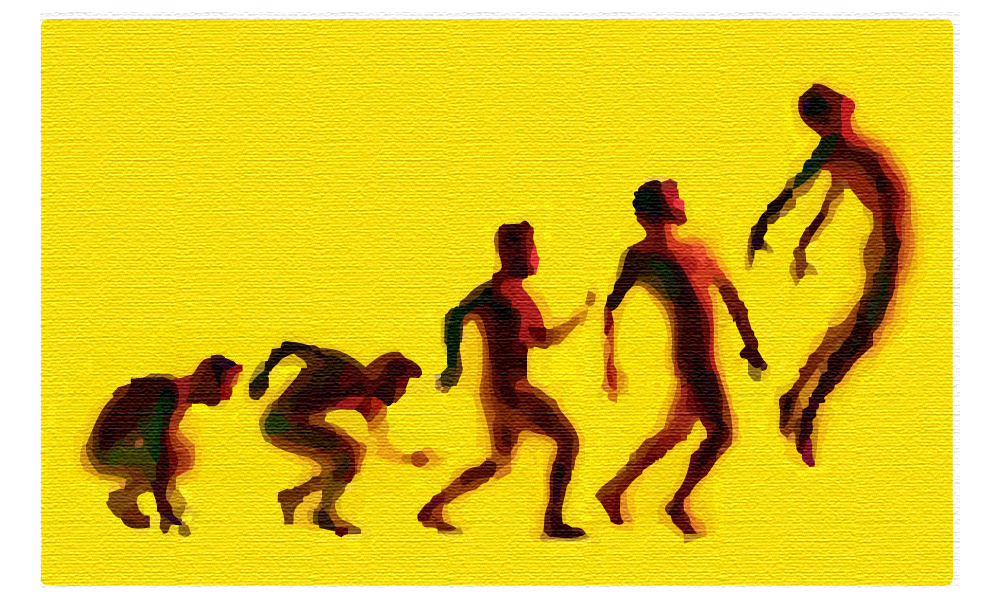