I don’t get migraine headaches but I get migraine auras. Some people describe them as a pretty light show but they are much weirder than that. It’s impossible to create an exact image of what it’s like but these two pictures show some of the effect. The view through the windshield shows the jagged scintillating rainbow effect. It isn’t static, it flows and changes size. The other picture, the one of the guy, shows a bit of the creepy empty blind spot that accompanies the first effect. My effect is always to the right side of my visual field. 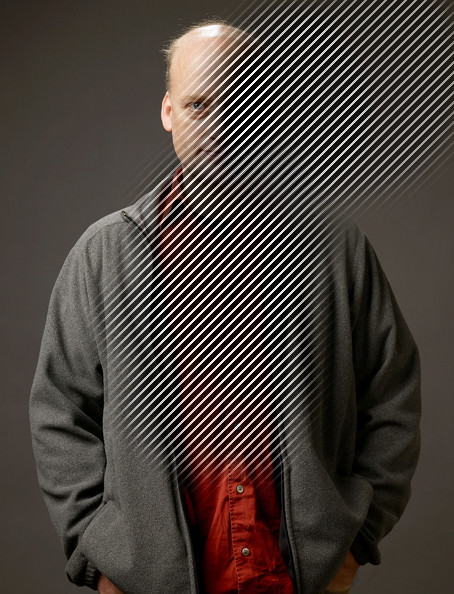 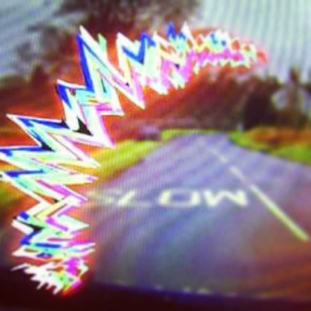 Here is the creepy part. The blind spot isn’t an obstructed blind spot…it’s a place where nothing exists. It makes visual gibberish out of the things it passes over. This is Oliver Sacks type material. Perhaps a quarter of my visual field isn’t just unworkable, it’s a negative which makes things not exist as my eyes change position.

Watching a movie, that actor has only half a face…convincingly. He walks away in a universe where people get along with half a body and one leg. At times, even knowing what’s happening it is scary…because it’s as if not only sight but long-established neurological common sense has vanished or been proved wrong.

Not just my eyes but part of my brain is tuned in to empty static. I find it distressing and I lay low and wait it out. It has happened when driving and I don’t trust my processing enough to keep going. I pull over and wait it out.

I have one right now, it inspired me to try to explain it. I’m not at all sure how effective my proofreading is, but I’m going to publish and come back later without the aura to see how well it worked.