A nice healthy shoot ’em up

Like it or not there seems to be a difficulty/danger/fighting itch that (many to most ) guys need to scratch from time to time. Every man I know understands this and knows it comforts and strengthens boys. The mothers I know TO A PERSON, do not. They aren’t being mean, they just really don’t get it. Boys have a natural mission: To protect and defend, To hunt with the hunters, and to stand up to individuals who pose a threat.  Mothers who hate this model of masculinity aren’t wrong to want a better world than this for their children, but they should know that they are treating their boys they way we treat neutered pets. As if perfect safety were an option for them,  as if we get to choose whether they will ever face danger. We do not. Boys know at a DNA level that they may face danger and hostility and that they will face challenges where their response might determine the success or failure of the most important endeavors of their lives. Depriving a boy of the way he learns to feel strong is not kindness, it is closer to shame projected onto another person.

Play is how young mammals get strong in the ways they NEED to get strong. To deprive an animal of the play it needs to grow up is not showing concern for its well being. If anything it is like the mothers and fathers who punished children for touching themselves or being curious about sex. Was that a good approach? Did that make children grow up stronger and happier? This may not look like healthy play to you but what does the play of wolves, bears or tigers look like? It’s all about being ready, and feeling ready to deal with with what is coming for you. The odds are most men won’t feel ready anyway no matter they do, but taking away the developmental step of preparing for violence and conflict (in a peaceful healthy situation) is like outlawing fire drills because they bring up scary thoughts.
There is so much you need to actively do to help your son be a good man. Share your values deeply and articulately but don’t shut down the boy wisdom given to him by all his ancestors. Masculinity has to feel strong in order to feel safe and it needs to feel safe in order to be gentle…and that’s a tall order…it’s not easy to feel strong. If you come between him at that..what have you done?

Why Team Fortress 2 is unusual and good 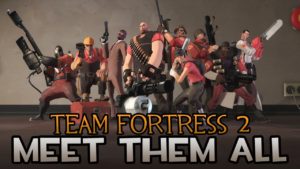 My son is 14 and LOVES Team Fortress 2. I play it with him as often as I can.

The multiplayer genre of guys running around a 3d map shooting each other is as common as dirt with loads of examples, Call of duty, Battlefield, Halo, and LOADS more. They tend to be extremely predictable.
Team Fortress 2 came out in 2007. Think about that for a minute. This is basically a TEN year old game and it has a thriving, (if whiny) community. This is unique in video gaming and the nearest thing to it in this context is probably Minecraft which went alpha in 2009 and grew by word of mouth from there.
The things that make TF2 so different from the other games are also very different from each other.
1. High speed violent complicated story problem
There is a win or lose objective and winning requires bravery and luck but mostly strategy, practice, good choices, good timing and working with others. The strategy side of this is deep
and complex: Class plus loadout, plus team plus map. There are not very many maps and this is because each one is a chaotic chessboard a mile long and if you do not know the map you WILL lose.
2. Story, humor, character and community.

In the other shooting games being tough and hard is a humorless and essentially flat business played out by against a backdrop of blighted warzones. In TF2 you are a cartoon lunkhead. It’s almost as if the three stooges expanded to nine and each had a special job to do. And the maps where the battles take place are like a blend of world war 2 era American realistic paintings and bugs bunny and roadrunner cartoons. These are well worn barns and factories decorated with beautiful but hilarious old style painted wall ads like “Old Geezer beer”.  Nine classes of battlefield types and nine associated cliche goofy to ridiculous personalities. The brilliant thing the makers did for these classes was make movies and stories and even comic books where the starring idiots had backstories and personalities, etc. and really took on a recognizable persona. In most bang-bang games the personalities don’t even exist or are stated without proof. Check out the personality of the DemoMan.
Meet the DemoMan
Ms. Pauling is only a peripheral character but check out the humor in this bunch of voices lines recorded for her character.
3. Imaginary Hats
A few years ago Valve (the developer) stopped selling TF2 and made it free to play. The financial machine that keeps them wealthy is the selling of imaginary hats. Well, digital hats. They exist but only as files. If you want to, you can buy any kind of ridiculous hat or costume for your characters ( the various different classes). Where do these ridiculous hats come from? Mostly the community.
Someone loves TF2 and also knows how to make 3d graphics, they make a ridiculous hat designs in 3d format, put it on sale in the marketplace and it either sells or it doesn’t. This is odd right? But why is it also good? Many computer games these days sell WINNING! You pay us the money and we’ll make it so you have better stuff that anyone else or even better SKILL than anyone else. It’s the re-creation of rich and poor in online video games and it’s stupid and shameful. It’s privilege based not on skill or accomplishment , just cash. But cashIn TF2 you cannot buy being better than anyone else. And you don’t have to buy a stupid hat, but people will enjoy it if you do. Because it’s fun. And the damn thing only costs $4, so what? 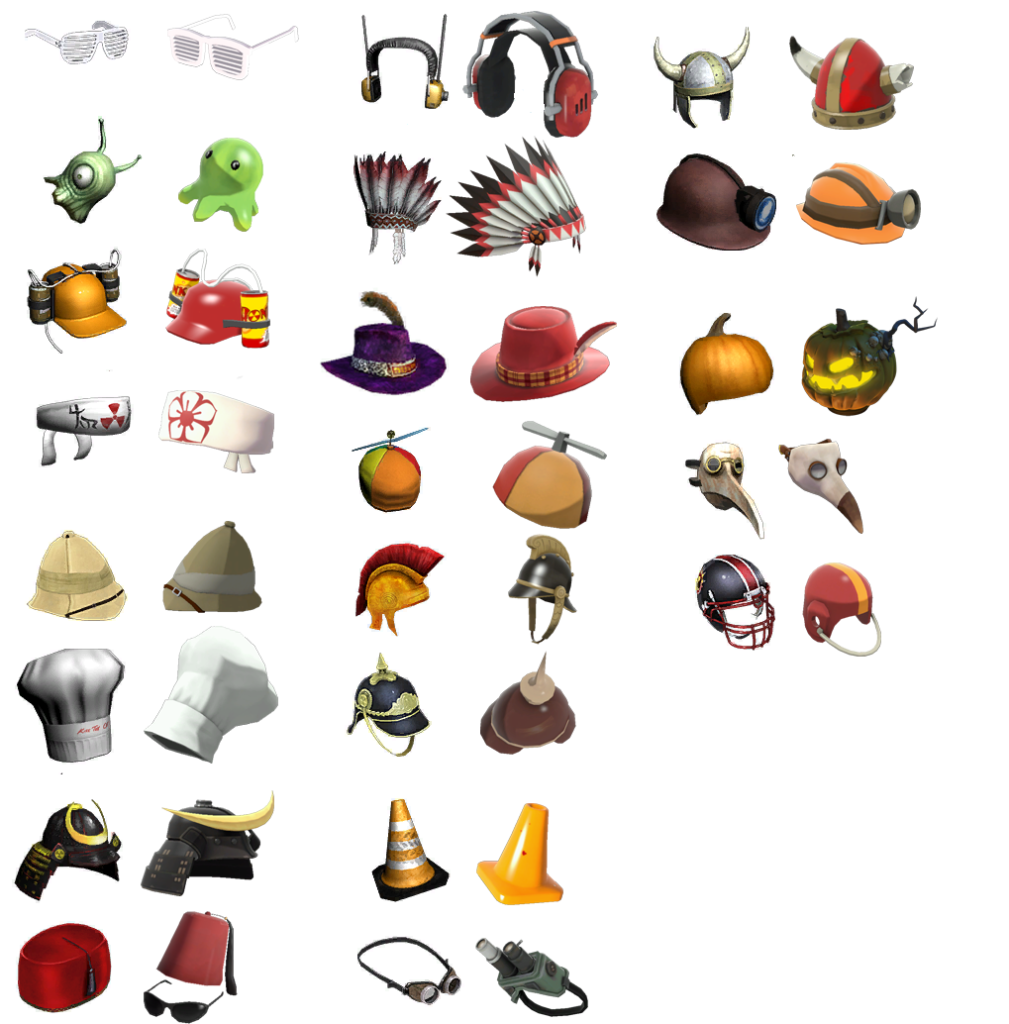 4. Expansion of behavior
The TF2 community is huge and eccentric. Mostly people just come to play the ordinary game but interesting “outside the box” things happen here in this 3d environment where people encounter other real people.
4a. Dance like nobody’s shooting at you: The Conga and the Kazotsky:
There are animations, called taunts that players can either luck into or purchase. Mostly they are an animation of the player character mocking the person they bested in a good humored masculine way. But the community started making dance taunts. These aren’t even taunts, they are just dances. The most popular is “The Conga”. The character just starts to dance the conga and conga music starts up and any other player, same team or enemy team, can mouse over them, hit the G on the keyboard and they start to conga too. From time to time the fighting simply stops and everyone dances. It’s considered rude to shoot when people are dancing.  There’s another very popular dance taunt called “The Kazotsky Kick”; very Russian. Take a look.
Conga a little Longa — Kazotsky Kick  –  Mannrobics
4b. Hoovies
“The Heavy” is the big Russian guy with the huge minigun. In the backstory he has a degree in Russian literature. (“Do you use that in your job?” — “More than you’d think”). He’s a big scary guy. One of his tools is “The Sandvich” a health restoring snack which takes a fair amount of time out of battle to finish eating. It is literally a sandwich, that restores health. There has a been a funny popular thing happening lately where people play as the heavy but they just stand in the middle of the map giving away sandviches to all who need them, no matter what team. They are “friendlies”, popularly called “Hoovies”. This is a funny and fascinating thing. Players are making up entirely new roles/rules for themselves and exploring them. The rest of the community is kind of scratching it’s head and having a lot of different thoughts about it.
Hoovies, for goodness sake.