Warm and delicious empanadas of wisdom.

“We do not have to visit a madhouse to find disordered minds; our planet is the mental institution of the universe.”

“I find the great thing in this world is, not so much where we stand, as in what direction we are moving.”

“Until one is committed, there is hesitancy, the chance to draw back, always ineffectiveness. Concerning all acts of initiative (and creation), there is one elementary truth the ignorance of which kills countless ideas and splendid plans: that the moment one definitely commits oneself, the providence moves too. A whole stream of events issues from the decision, raising in one’s favor all manner of unforeseen incidents, meetings and material assistance, which no man could have dreamt would have come his way.”

“Nobody tells this to people who are beginners, I wish someone told me. All of us who do creative work, we get into it because we have good taste. But there is this gap. For the first couple years you make stuff, it’s just not that good. It’s trying to be good, it has potential, but it’s not. But your taste, the thing that got you into the game, is still killer. And your taste is why your work disappoints you. A lot of people never get past this phase, they quit. Most people I know who do interesting, creative work went through years of this. We know our work doesn’t have this special thing that we want it to have.

We all go through this. And if you are just starting out or you are still in this phase, you gotta know its normal and the most important thing you can do is do a lot of work. Put yourself on a deadline so that every week you will finish one story. It is only by going through a volume of work that you will close that gap, and your work will be as good as your ambitions. And I took longer to figure out how to do this than anyone I’ve ever met. It’s gonna take awhile. It’s normal to take awhile. You’ve just gotta fight your way through.” 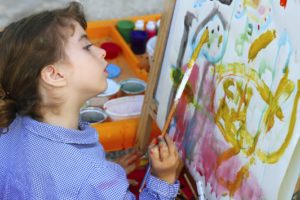 Posted in Quotes, Self

‘If a nation values anything more than freedom, it will lose its freedom.’ 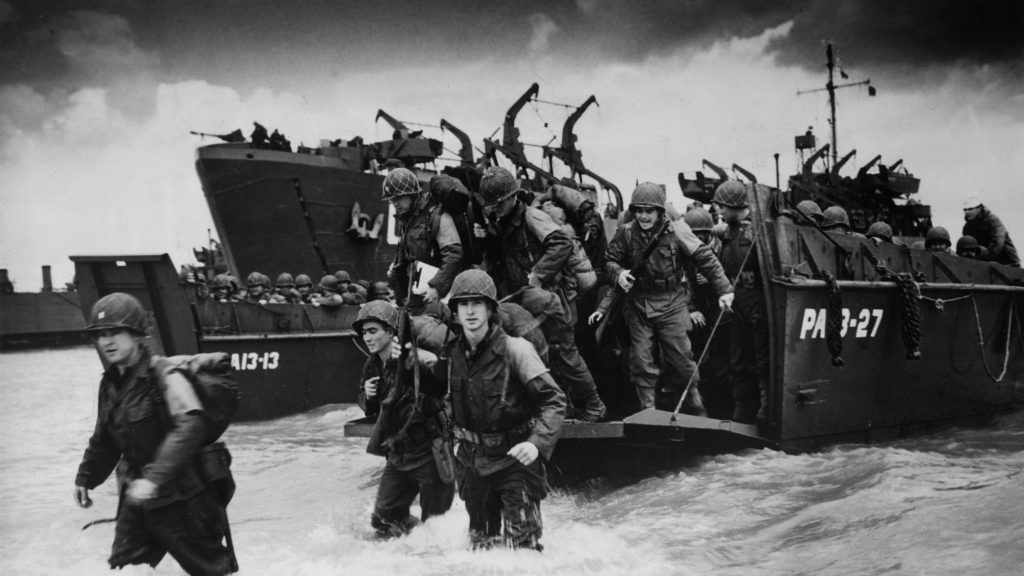 6th June 1944: Reinforcements disembarking from a landing barge at Normandy during the Allied Invasion of France on D-Day. (Photo by Hulton Archive/Getty Images)

Now get to it. 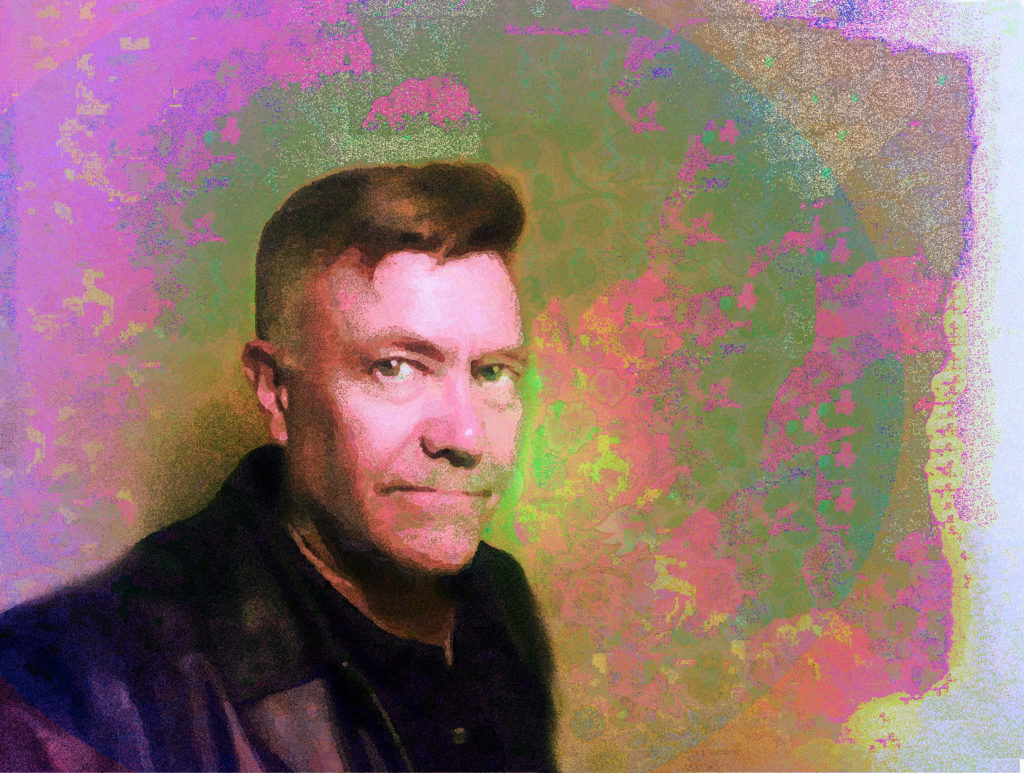 Reductionism is a cultural behavior required of scientists. If you wander too far from reductionism you will be ostracized. Reductionism denies that anything is greater than the sum of its parts. Things may appear to be complex but when looked at correctly they are “Merely” so much of this and that. It doesn’t account for what is happening with these “merely bits” that generated complexity.

Religion pushed science into this reflexive position. Religion is like rising floodwaters always seeking the weak point in Science’s levee of empiricism. Religion generated this dogmatic defense within science that would have been unnecessary without the influence. One can sympathize with the need to keep theology out, but the results are like a peaceful culture becoming militaristic in its own defense and losing something important.

Reductionism in religion is the name of the game, it is the machine operating as intended. “It is God’s will.” Religion takes a world of complexity and mystery and sorts these according to its filing system, placing each in an “orthodox box”. If this boiling down mechanism wasn’t present in church doctrine the religion would be saying, in effect: “Here is the eternal, unchanging truth unless someone has a better idea, one that seems to fit the facts better”. In other words, science. When the Pope weighs in on something heavy in his official capacity, clarifying it in extra-bold red underlined words for all time he is speaking “Ex Cathedra“, or infallibly. Use of the Ex Cathedra voice in science is plainly antithetical to the mission.* In war, the difference in weaponry evens out into a common approach. Both settle for example on bows and arrows or spears and clubs, otherwise it isn’t a battle, but a rout for one side. Science fought religion’s reductionism by developing its own parallel. The parallel had to be hard, cold and unflinching. It used the serious daddy voice. It defined and circumscribed scientific culture to the world at large with unambiguous borders. It is understandable and regrettable.

But reductionism in science is the mirror of doctrinal certainty. It is a bulwark against invasion but it makes us dumber.

Reductionism confidently declares our current level of partial understanding as the end zone of reality. Since its origin, every scientific discipline has crawled painfully over lots and lots of wrong to find little bits of right. At every point down this ever changing track the current state of knowledge determined where “Nonsense” began. It’s reminiscent of “Aren’t you lucky you were born a member of the one true church?”. Science history is full of people who found treasure where the experts said there was only nonsense. It doesn’t mean nonsense is where to look, just that it shouldn’t be overlooked.

Things that are “Unscientific” are things science doesn’t want to talk about. Often but not always, for legitimate reasons. Some exiled things will likely become accepted scientific facts someday. It would be much more true to scientific principles to refuse to answer questions from outside the data or at least give an unambiguous disclaimer that reporting the facts of scientific research is like reporting what you see looking out the window of a train, there is the truth and there is the truth a mile further along the track, both are true to their moment: Neither describes with certainty what we will see ahead. The facts of science have transformed the world. But to the long view they are like the rocks dug out of the tunnel as we pass through, and the real riches of scientific research are the emerging questions that power our forward journey.

It is the fault of our science that it wants to explain all; and if it explains not, then it says there is nothing to explain.

Reductionism is like a kid who argues that whatever does not fit into his toy box is not a toy.

>* except for “flat-earthers” and their ilk, fuck them and the stupid horse they rode in on.

“A man can stand anything except a succession of ordinary days.”

“I support anyone’s right to be who they want to be. My question is: To what extent do I have to participate in your self-image?” 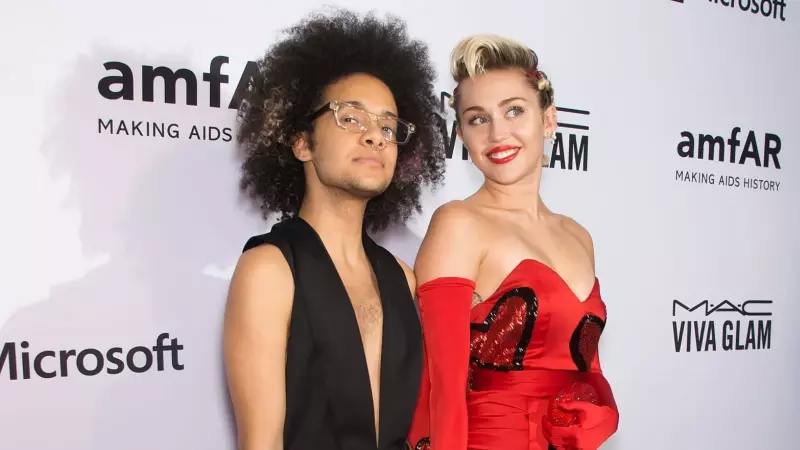 “The further a society drifts from the truth, the more it will hate those that speak it.”