END_OF_DOCUMENT_TOKEN_TO_BE_REPLACED

Published 2016-02-15 | By Hugh Miller
What would it look like if you attempted to sketch out a script for a real cat? Let’s leave out the some of the foundations like the guidelines for building the cat’s body in the first place and maintaining all the various physiological systems, or whether the cat is old or young, or sick or whatever. Just a generic cat on a generic day.
Cat {
– Danger [A. Maintain alertness for danger – loop always
A1. If danger is sensed:
*Danger 1 – serious – run helter skelter away FAST far – hide. Watch & Listen. loop till:A2
*Danger 2 – moderate – run away fast moderate distance – hide. Watch & Listen. Loop till:A2
*Danger 3 – mild – skulk into hiding. Watch & Listen. Loop till:A2
A2 – no danger is sensed] Check B

END_OF_DOCUMENT_TOKEN_TO_BE_REPLACED

The “binding problem” is the question of how our various senses blend and synthesize into a smooth, unified flow. Nobody knows how right now. Francis Crick came up with the 40 hertz synchronization theory to explain the biological causes of consciousness but it seems very empty and thin. And unlikely.

All neurons process something. So at some level, each neuron is an experience and in a tiny way, an experiencer. We know different areas of the brain specialize in different areas and kinds of processing but these areas are not simple lumps of processing material, they are massed armies of neurons …gigantic rock concert crowds talking to each other and responding to the show on stage in front of them. When the band yells out “Hello Cleveland!” and the crowd roars back…it becomes like a single entity, made of millions.

The mistake we make in imagining neurons is seeing them as essentially passive wiring that signals are flowing along like an old telegraph or telephone system with a caller at one end and a receiver at the other. In reality, that level of transmission doesn’t require anything like the amount of neuronal population and activity we have going on. The information coming into the system has to be batch processed, and blended with information from other “departments” to derive the basic picture/sound/smell combination and this has to be refreshed at a rate that feels instantaneous and flowing to the observer. But that’s just organizing the core feed into coherent sensory information. That raw feed has to be examined for context, meaning and nuance constantly while not flooding and overwhelming the human thinking their thoughts, doing their chores, socializing and planning. This is an astounding feat especially since that same brain is the one thinking those thoughts, doing those chores, planning and socializing. END_OF_DOCUMENT_TOKEN_TO_BE_REPLACED

How to recognize a Human Being: Cognitive Biases

I believe attribution should go to Business Insider for these but I’m not certain if they generated them or just republished them. I think this is a nice summary of how and why human decision making sucks elephant butt. If you can remember these and filter your own thoughts for signs of them when they pop up you’ll develop better arguments and be a little more honest with yourself too. It’s not easy. From one angle it’s like a list things politicians do consciously and otherwise, often successfully.

I also find them interesting as a sociobiological thing, this is a list of mind behaviors that evolved with us and have stood the test of time. Somehow or other they may have held some survival or success value. Many feel like something I can see being either advantageous to the individual getting what they want or as socially unifying (and possibly dumb) behaviors. The rest are mostly stubbornness and wishful thinking. 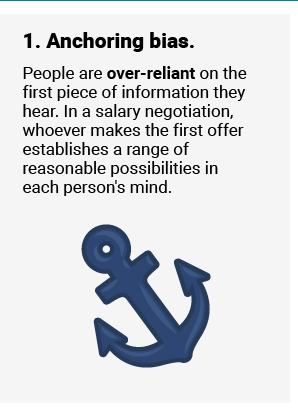 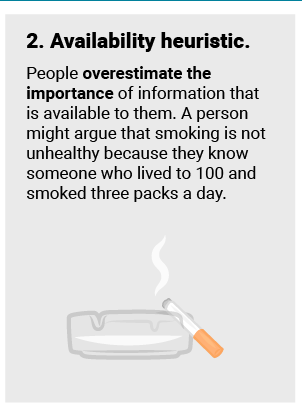 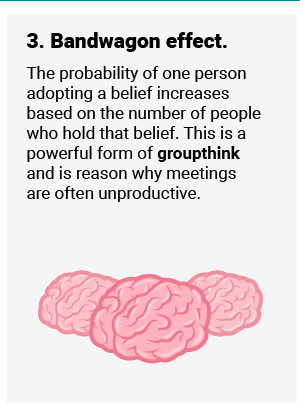 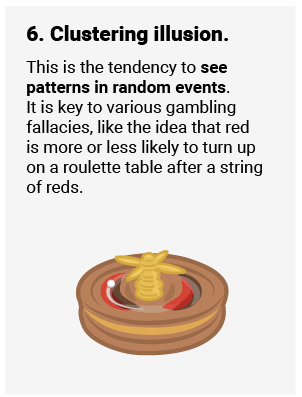 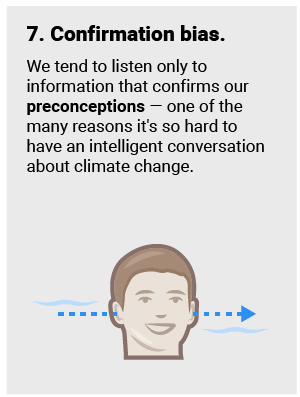 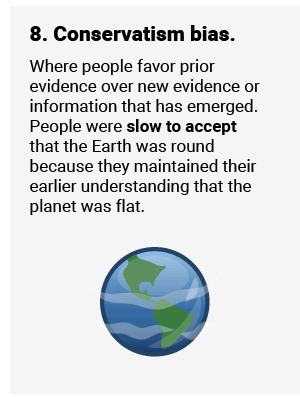 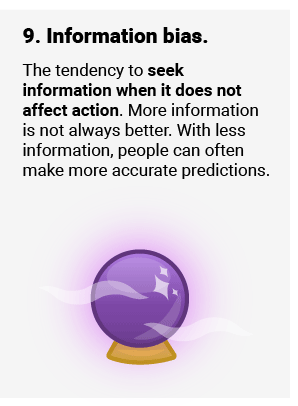 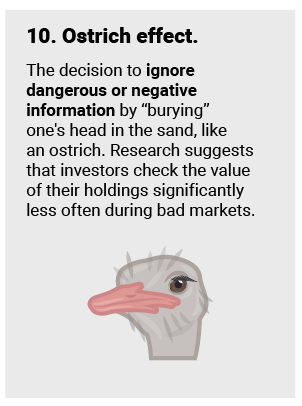 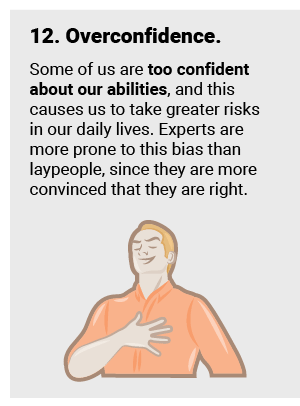 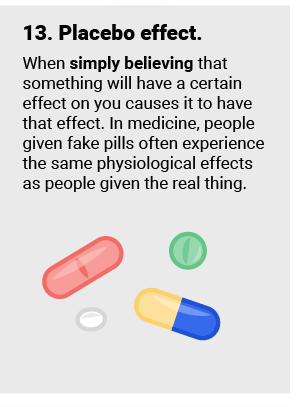 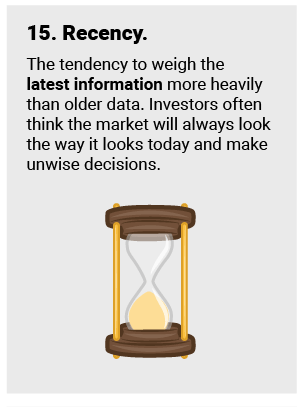 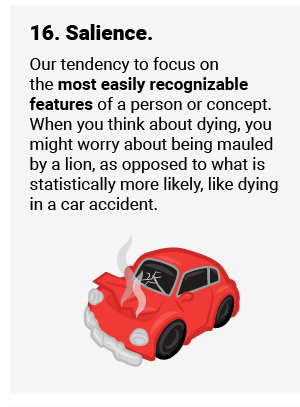 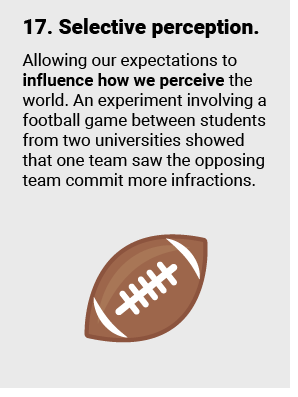 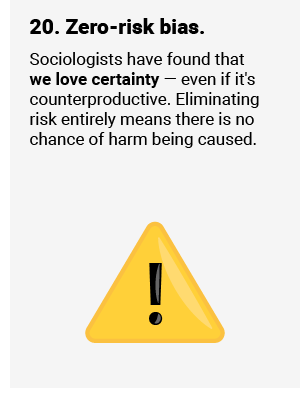 A Scratchpad Theory of Learning

This is a half-baked theory. It doesn’t suggest any particular role for neurons or other physical aspects of the brain. It is about the workings of the mind. It is primarily concerned with the things we learn how to do.

Imagine yourself…your mind, as a volume of processing power: As an environment with a certain amount of ability to respond to the world. This software-like volume is a hierarchy made up of entities with different roles to play at different levels.

The smallest increment or unit is a “Mindon” (see: Making up crap, H. Miller). Metaphorically it is like a cell in the body, an atom in matter or a byte of computer memory. It is there not because of evidence pointing to it but simply because it belongs logically within the structure of this theory as the smallest unit of work. For our purposes, it creates the image of a tiny individual operator with a bit of processing power.
A new and unknown task is encountered. For example, learning a musical instrument, casting a fishing line or properly cutting an onion. The brain experiences it as if with a kind of touch in the processing centers naturally assigned to the sense data involved in the task (Motor, optical, etc).

Executive function does a kind of “importance triage” focusing on the sense data and relevant memories. Mindons begin to swarm and cluster around the task creating a complex imaginative prototype or map of the skill and begins measuring and comparing the experience of trying the skill against the map, making edits in the map as more information comes in and also making edits in DOING the task. Heuristics are noted and retained. With time and practice the map, measurements, and comparisons become more accurate, detailed and nuanced. Plateaus and benchmarks are hit and become a bit like a saved version of a game or a file, the starting point next time. Essentially this is a matured and organized group of mindons forming a stable repeatable task.

These coherent, informed collections of mindons I would call “Agents”. Something like playing the guitar wouldn’t involve a single agent but many. I imagine agents in this example being like proper holding, finger pressure, picking and strumming, volume and tuning, etc. Each of these areas would be an agent.

The whole coordinated group functioning together would be an Agency. I could use other names, I could call the agency a program and the agents, modules. The terminology isn’t very important but I’d like to not be completely bound by computer metaphors.

This system is far more fluid and flexible than any computer system. The agents are not limited to one specific agency, once established, I believe they can flow on demand into new situations that call for them. Somewhere in the mental map mentioned above would be a process of looking for existing “off the shelf” agents that could hit the ground running on the new task. For example, if you have an agency for driving a car or playing the guitar then when picking up a Ukulele, or sitting in a go-cart, the agency isn’t fully applicable but many useful agents flow instantly into position to handle the task.

So, mindons group at the behest of executive function, and form educated agents which group as a whole agency; “playing the guitar”. Singing would be an agency too so when playing the guitar AND singing there must exist a kind of Meta-agency that allows parallel processing and two-way feedback.  All of this is playing out in a larger framework where the musician is also processing things like audience reaction, etc.

This suggests an overall environment or community of mindons, agents, agencies and…departments? I’m not crazy about the bureaucratic feel of this metaphor but the hierarchical structure is needed.