There are more things in heaven and Earth, Horatio,

/ Than are dreamt of in your philosophy [science]. – Willy the Shake

I grumble about scientific reductionism (SR) regularly but I thought of an angle that shows starkly, what is wrong with it. It is a Jekyll and Hyde thing. The problem comes when it escapes from the lab.

SR identifies the core reality of things as their simplest parts and origins. It is a filter against complexity, seeking the Least Story. SR understands the essence of something as “What it all boils down to”. As if a whole chicken, boiled for days down to greasy, particulate liquid better-represents chickens than the prepared carcass, let alone a living chicken. In an experiment, SR is like reducing fractions or maximum simplifying of non-essential variables. It makes results less ambiguous and that is good.

“All religions, nearly all philosophies, and even a part of science testify to the unwearying, heroic effort of mankind desperately denying its contingency.”
― Jacques Monod, Chance and Necessity 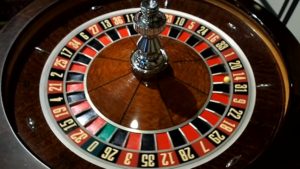 Monod is the man chiefly responsible for the successful neo-Darwinian movement1. I’m not specifically picking on him but using him as a fair example of scientific reductionism when it climbs over the wall. There are tons of these quotes from him and I chose the nearest one. He is using the word Contingency to mean unpredictable randomness. He means all of us are hiding from the truth that we are an accident of the universe. Excuse me, we are MERELY an accident of the universe. Excuse me, I mean a meaningless universe.

This all sounds slightly ridiculous, but it is important because we are merely posing questions of Monod’s own claims on their own terms. I don’t see how his claims are any more substantial than those of any random religious authority. Their claims have nothing objective to back them up. Neither do Monod’s.

This may be the first time someone has used “Hitchen’s Razor” to dismiss a major scientific claim as groundless. I hope so, that would be fun. Monod’s claims are based on the fact that he thinks so. His claims are literally as meaningful as if a renowned master woodworker claimed that compassion didn’t exist because he never found any in the wood he was carving.

Monod’s sins here are against science itself:

He becomes a walking talking smorgasbord of logical fallacies, including but not limited to:

If you are curious, these and many more are explained on the other side of this link.

I didn’t ask you here to watch me punch the stuffing out of poor Jacques Monod. Real Scientific Reductionism is an important tool of the trade. It’s about not over-reaching and speculating beyond the data. It’s Cultural “Scientific” Reductionism that becomes the exact opposite. The cultural version is literally scientists over-reaching and speculating beyond the data. It’s about spreading a mix of proven testable facts and sheer speculation. It becomes a meme of tough-mindedness and people with no reason to do so, feel obligated to allow no magic into their imaginations. Is it really more truthful to define humans with the least story? The study of complex systems reveals more and more cases where the least story generates wrong answers as a pre-existing bias.

Worse yet, applied to other areas of our lives, and any areas strictly unreachable via the scientific method, it promotes being a kind of flat materialistic ditto head. The kind of person who watches vigilantly for imaginative views of life like they were cockroaches on the wall and science itself, the rolled-up newspaper in his hand. The Meme of SR promotes a dismissive view of imagination, spirituality, and emotion. This is really unfortunate because as I’ve pointed out, Cultural SR is the opposite of science. We need positive tools from science: if every American had a really solid understanding of the scientific method and logical fallacies we would be safer and wiser in ways that make me choke up a little thinking about it. The problem is scientists think they ARE teaching this with cultural SR. It’s their culture, so what’s wrong with it being everyone’s culture? Elsewhere, I’ve named this culture “Sciencey”. I find it oppressive to feel social pressure to believe in nothing that an instrument can’t measure. Nature feels no obligation to simplify for their benefit, why do we?

Science is very powerful but when we promote universal truths in its name, untestable by the scientific method, we are behaving stupidly (I’m not calling names, I’m addressing actions). Imagine the earth as everything we might be able to know someday. Now imagine the entirety of science as all of the mines humans have dug into the earth. That’s a generous comparison for how thoroughly science has explored the set of things we might be able to know.

The dumbest thing about scientists spreading the meme that things must be less than you imagine is that they are completely dismissing the future impact of their own field. They are in the discovery business, they work in the field of exploring mysteries and accepting whatever truth a proper experiment provides, even if shocking. Yet they imagine that their flat, minimized world views will hold true from here on in. They are expressing confidence that as of now they know enough and needn’t learn more.