The Poisoning of Representative Democracy

In a sense, your political identity is up to you. You are the political person you are through ethical choices and principles. But since those choices are in response to events that are thrust upon us by the moment, we are also largely defined by the character and the challenges of our times.

It’s almost impossible to view your own flavor of politics as extreme because our POV includes filters to reassure us we are sane and make our truth appear self-evident. Concerning our political opinions, we all feel like we “did the math” and embraced the reality of the result (regardless of how little critical thinking took place). There is an inevitable feeling to our stance that makes contrasting beliefs appear willfully stupid. This “it’s obvious” quality reminds me of our sexuality in the way it sees beauty and feels desire in an unassailably confident and individual way. It’s also of a piece with the seamless agreement between a person and their God when it’s obvious that God’s views never come as a surprise or require any extra effort on the part of the believer. Progressive and conservative are no different in this.

Political involvement in times of extreme partisanship feels more essential and impactful than in more moderate political climates. Every moment feels like the last play of the game where all must give their all. Displaying purity and loyalty become an expectation in a way never seen in less partisan times. Language and moral judgments grow harsher. All of this to better bring the battle to the enemy. This is a tragic misconception. This is the state of things that causes loss of control over our own politics. The entire system begins hydroplaning, and the steering and brakes are useless.

Where the rubber doesn’t meet the road.

In healthier political cultures, the opposing sides are as organically related as arms or legs or wings. A broad range of things being “up for discussion” is the connecting anatomy and physiology unifying and directing the motion of these opposing forces. This common ground doesn’t imply common agreement, it is simply territory we can recognize even when the other side describes it. It is real to both sides. The integrity and mobility of our organism depend on it. In times of extreme partisanship, deprived of this common ground, the wings beat furiously in isolation, broken off from the spinal cord. The organism is crippled by the wings isolation from the larger process. Like any paralyzed organism, it is an easy target for predators. Even when attacked, the coordination required to fight or escape is lost in the dead, disconnected space that should be bridged from both sides by nerves and connective tissue. In the depth of our partisan extremity, neither side even recognizes the map as described by the other.

Many metaphors and similies work: The gear teeth are a foot apart. The tires hover uselessly over the highway while the engine revs crazily. We are drawn to fight a fire where it matters least, leaving our treasure unprotected. The family is so engaged in their furious argument that the thieves move casually among them, taking what they like. Our country has an autoimmune disorder. “A house divided…”

It should be obvious that there are winners and losers in this condition. The government can no longer conduct sensible business. The only motion is through conspiracy and insider influence. We are governed by clique and cabal. Our representatives mirror the electorate and spend their terms knocking down strawmen. We are broken by division and there are people who have pushed that division over many years in order to break us. They are the government now. Worse yet, progressive and conservative alike have sworn loyalty to that division and police its borders for signs of compromise. 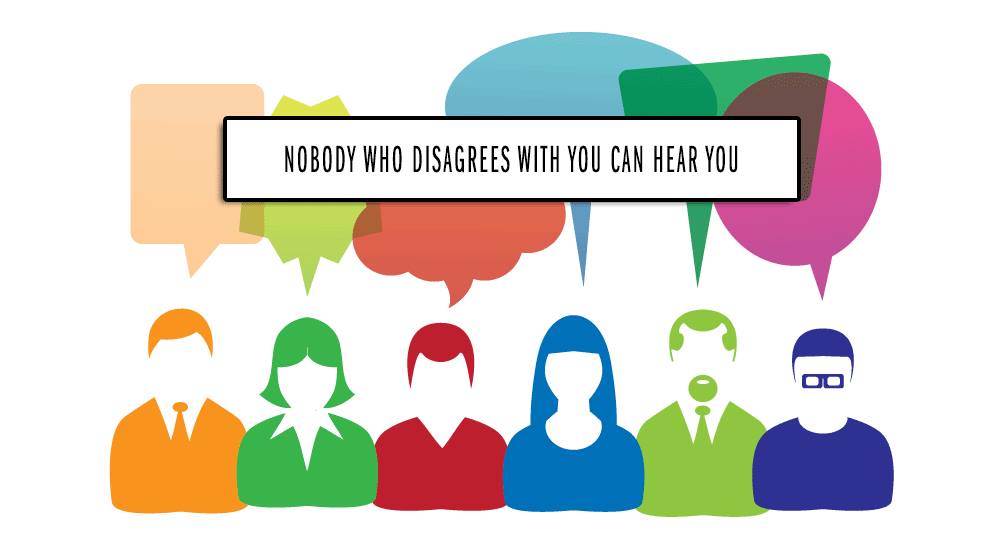