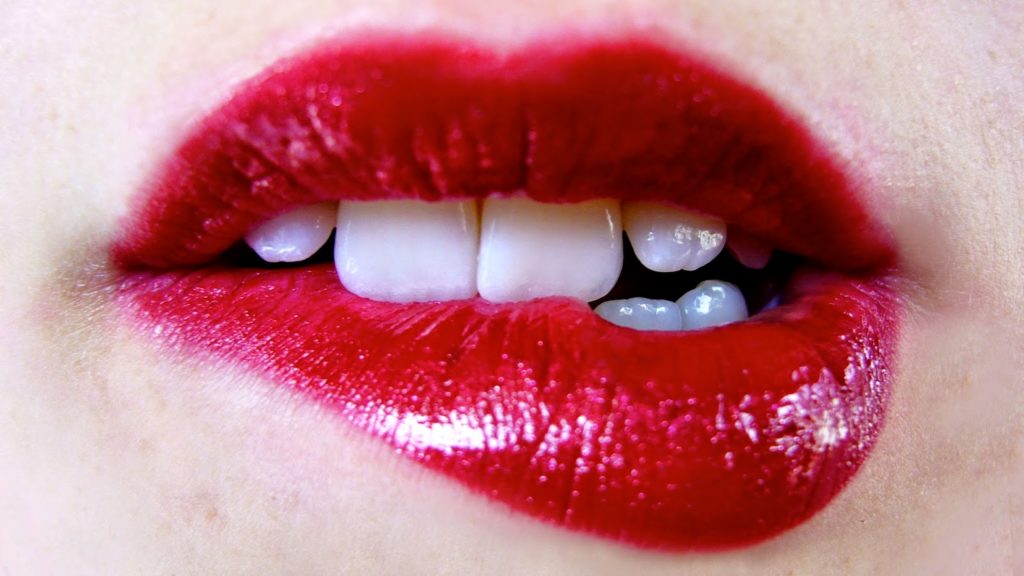 The advent of life on earth was a revolutionary uptick in the complexity of the universe. It was unlike all that preceded it but it wasn’t much to look at. It remained that way, asexually replicating till time itself grew bored and wished to go do something else.

At last another revolution appeared… a revolution of making new and different things forever: Sexual reproduction.

You look beautiful tonight, that color is incredible on you. God, you smell good. In this light, you look like an angel. I never thought I could feel this way. Kiss me.

The WHY is Attraction, Desire, Approach, and Embrace. Without desire, life would have stopped evolving at blue-green algae. Let’s imagine that nature herself wants sexual reproduction to succeed in spreading innovation, diversity, and beauty in an ever-expanding wave around the world. The first thing SHE has to do is make everything want it as badly as she does.

And Nature said, “Let there be lust”.

If I can be incredibly crass for a moment and trust me, I can, bees have a job dragging cum from one set of genitalia to another. The relationship of pollinated to pollinator is wildly uneven and staggeringly creative on the part of the pollinated. It’s easy to forget amidst all the show and scent that flowers devote none of their seductive beauty and magic towards each other. That’s all for the pollinators. It’s an intriguing exception to the rule of signaling attraction solely to your own species. Any creature who tried to seduce a different species wouldn’t be well represented hereditarily speaking, but this strategy of flowers, by flowers and for flowers has been incredibly successful. In fact the most successful reproductive innovation ever. The range of different pollinators and the range of unlikely strategies is remarkable. Mostly it’s win/win because it stands to reason that two “happy endings” will generate more stability than one. However, there are deceptions that seem a bit cold-hearted.

In any event, down to business and it’s all: “Land here, enter there, enjoy a snack, rub against that thing please, this way to the exit”: Whatever gets pollen to pistil. It IS a seduction with an ulterior motive, ulterior in the sense of underlying and undisclosed. Like all sex. Sex is like: Enjoy a delicious ice cream cone! And here’s your new baby.

Nature is a subtle, trickster god. The antics required of pollinators and pollinated within a single species can seem more like a fraternity hazing than a stable reproductive strategy. We are not exempt. Human nature IS Nature, just like every other species. The conceit that we WERE nature but grew out of it is hilarious and demented. The human sexual matrix isn’t designed or controlled by us, and we are compelled to use it. Despite powerful feelings of free will, we cannot choose who we are attracted to, the kind of sexual activity that rocks our world, or the kind that makes us slightly nauseous. Obviously, people can branch out and gain sophistication and broaden their tastes, but we cannot flip our polarity and randomize our sexual needs. Our desires are deeper than personal and persistent as ourselves.

On a busy sidewalk, or sitting with friends in a restaurant, anywhere, basically, while appearing like a sensible adult of good character, your brain is chock full of sex. Stealthy sex. It knows to stay hidden. It isn’t dominating your thoughts or making anyone uncomfortable. You are thinking all sorts of non-sexual things, but meanwhile, you are noticing everyone as a body, as a sexual being even if you are indifferent to them, even if you find them grotesque. Our instant gestalt assessment includes their sexual self. It doesn’t matter at all if you are in a committed relationship, and it isn’t about secret plans, or being sneaky: Noticing happens. It is self-evident that sex details are ranked pretty high on the list of things to notice. Your sex brain is like a bored and restless kid in the back seat, tired of running errands it doesn’t care about. Your eyes touch upon every interesting, sexy thing in proximity for a flicker, a tenth of a heartbeat like a willful sprite.  It’s almost impossible not to. Trying to chat pleasantly with someone who has big boobs and distinct cleavage becomes a wrestling match between self-control and…who exactly? Who is tugging the other end of the rope? Internally you are saying “Will you STOP that?!” to yourself…while your eyes, unwilled, cop the fastest possible visual feel before scampering back to the safety of an expression that suggests it would never occur to you to look at boobs, large ones…so close… the way that the light…um

While a superstimulus is present, the ordinary stimulus loses power. It is suddenly null, below the threshold required to activate the response. If we are talking about a desirable sexual trait being downgraded in value when compared to a superstimulus version, there is a lot at stake. You might not pass your genes along at all, or only in combination with a low-status partner, and you may lose perks and status among your people. A superstimulus only appears in competition. There’s a transaction being decided and the superstimulus is the better, bigger, offer: The higher bid. There are multiple variables at play, not just the SS trait, but perhaps it tips the scales.  There will be winners and losers. The winners want to remain winners and the losers won’t give up competing.  Competition escalates and generation by generation, our dominant desirable traits move forward to the next round. Gyms and plastic surgery show this drive focused within a single generation. These individuals are striving to become a sexual super-stimulus through cash or effort.

Many overtly sexual physical traits found in modern humans: Big breasts, shapely butts, long legs, etc. are a ramped up, supercharged expression of the sexual desires of our ancestors. We are the product of hundreds of thousands of years of successful sexual reproduction. We are shaped by desire, as the Grand Canyon was shaped by water. But there is more than simple desire involved. If a trait is popular and those genes become highly successful at moving forward and spreading, then it is statistically a good investment for your genes to get in on that market. Attraction to big boobs becomes more successful due to its success. Future generations, heavily invested genetically in big boobs, have a legacy interest in their continued popularity. Not that people are consciously thinking this way, it’s a situational investment by the genes in a strategy. How does this cold-blooded choice by the board of directors display itself in the human world? As sexual desire.

Obviously, these isolated traits are far from the sole reason people choose their mates and just as obviously, they matter, especially to males. Why are men driven so hard by visuals? Are they stupid or something?