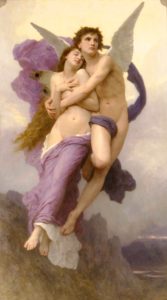 Eros: What does he have that I don’t have?

These are the 6 love styles as understood by current psychology.

When first exposed to these I thought they were awesome, they really help to make sense of behaviors that usually remain undefined. For example as someone who in the past often matched the Storge description, deep feelings arose for me out of solid liking and trust and not until. Being approached by a partner in full Eros mode would thrill me with their interest and passion. That same passion often overwhelmed me with its speed and intensity, making me hesitate in a “deer in the headlights” way that, in turn, made them feel uncertain. The ability to recognize the love style that is approaching makes it possible to anticipate how things are unfolding and respond mindfully.

When people encounter this taxonomy of loving, they often relate to it as a “personality type” tool where they are to pick themselves out of the list. Can you guess what they pick? Most people (according to themselves,) are Eros types. In second place comes Agape with nobody in a close 3rd. The idealized romantic Eros style is what you’d want to be out of this list. It sounds like true love expressed in the healthy, normal, successful way…that mostly occurs in movies. Agape is the popular second choice because so many people feel like they are the more generous, giving one in the relationship and possibly the unfairly unappreciated one. Obviously, most people are wrong about these choices and just trying to feel good about themselves. Ludus, Storge, Mania, and Pragma are the “Not so fantastic four” in this lineup. Storge is the most acceptable of this group because it’s kind of relatable and it doesn’t seem wrong on the face of it, just not very romantic. Pragma next because it’s that, Mania or Ludus. Pragma feels like the opposite of romantic love, practical and transactional. It’s like going into business as a couple. To choose Pragma as your “type” seems like admitting it didn’t go well for you, and here’s how you compromised and settled. Finally, in a popularity showdown between Mania and Ludus, Mania wins because people would rather be messed up than evil.

But this isn’t a personality type list. Taking it at that face value, it sounds thin and arbitrary. Among better-informed people, these are seen as a way to understand your main or dominant expression of a love style and one or two others that balance and synthesize with it. This “chord” is a more accurate portrait of anyone than a single “note” and therefore more useful.  Using a mix of them is more right, but also inadequate. Nobody IS one of these. None of these adjectives is a noun and maybe they work best as verbs. 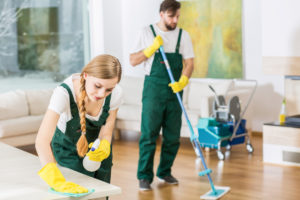 A Pragma couple sharing an evening of romance and fun.

I do believe in a “more often than not” connection between a person and a style because personalities can be very distinct, with a dominant “theme”. But the six styles aren’t eternal truths, somebody made them up and not that long ago, as tools for recognizing and naming something when you see it. Without some categories, you cannot pinpoint and explain a behavior seen in the wild without starting from scratch every time in your own words. The styles have a role to play a characterizing the behaviors that come and go in a lifelong flow. They can define phases of our lives or our reactions to an event or influence. Nobody is Eros toward everyone, always; a specific person and moment brought it out in them. Different experiences evoke different styles.

I see all these states arising as the product of the self we generally are combined with the unique chemistry of someone we grow close to, plus the effects of the situation we find ourselves in.

It’s a Third Mind way of looking at relationships. As an example, in this light, we might understand someone meeting a person who brings out Eros in them but in a very stressful and conflicted situation and responding with a Ludus reaction. Their lover, if broken-hearted by this Ludus behavior might have a Mania response, feeling desperate, and out of control. If they break up, each is propelled off into space in a different direction than where they began.

It’s a great way to describe what people bring out in each other and how it plays out in time. The love styles are much better at describing what you are going through than who you are. Knowing this, you could see yourself going in a bad direction, becoming secretive and controlling for example, and using this information to correct your course before it changes your course in an unconscious way. We tend to feel that we have no choice in these things but an awareness of a trend can mitigate it.

Nobody should be shoved into the cursed LUDUS box forever without really earning it. Most of the Ludus behavior I’ve observed was evoked from a weak spot in someone in a bad situation. The person expressing Ludus is in hell for the duration (along with the people in his life of course). He feels he lacks agency, as if unable to behave differently, systematically mistreating those he loves and metaphorically unbuilding his life brick by brick.  He was not unkind, unloving or dishonest by nature but the situation and his weak spot brought these out in him. But then until it all collapses he is unkind, unloving and dishonest toward those he claims to love. When a Ludus nightmare is completely destroyed, and nothing left but splinters, that person may feel free at last from a compulsive trap. Ludus behavior can feel like a panicky, impulsive sleepwalk, almost like a bottled up species of Mania. People in this trap are joyless and desperate, full of vertiginous terrors of being exposed at any second. There’s a gambling high in here somewhere, with an obsessive drive to reach the bitter end. That is the end they will reach eventually.

Admittedly, there are people who express Ludus as their default, with spider-hearted indifference to their victims but I think this correlates very highly to narcissistic or sociopathic disorders.

Posted in Human:Nature, The Talk, The Third Mind