Getting in touch with your inner Apps

In computing, algorithms are an unambiguous set of instructions like: 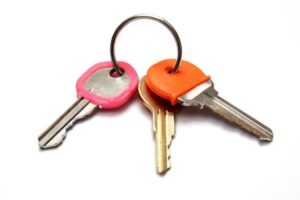 But what if I have a problem getting in the house? What if the door is locked? If/Then subroutines are context dependent algorithms allowing for variation without failure.

But what if I can’t find the key? As the story plays out, deeper levels of algorithmic problem solving are exposed to rescue us from a dead end.

You can probably imagine further subroutines and variances to each step. And all this for something that only comes up in the rare case of being locked out of the house.

When enough such related algorithms are grouped together usefully, they can become the human version of a program or app, ready to run when needed. We all have tons of garden variety apps installed, some are innate and essential and some are highly individual choices.

The opening example of being locked out isn’t an app by itself but it shows one at work. I call this one the”What-If” app, and I consider it to be a part of the Human Operating System (or HOS) which is a very important sounding thing I made up one day to refer to the totality of our preprogrammed behavior. If the troubleshooting steps made sense as you were reading them it’s because you actually have this “What-If” program in your head and use it regularly. We never think of it in the abstract this way, as an always running background app. We never think of it at all because we rely upon this internalized application to appear with some answers the instant it is needed. The framework delivering those answers is as taken for granted as having a hand to pick up a cup. This program deconstructs any problem and triages potential solutions to create an “order of operations” that determines the most logical first step and then orders the cascade of “If-Thens” by logical position and least effort required to succeed. An example is the old tech support truism of starting with the question “Is it plugged in?” We briefly touch base with this app hundreds of time a day whenever “Uh Oh, what if ?” thoughts arise. Often these thoughts and the suggested reactions are so short-lived that we don’t even notice them happening. In stressful situations, we can sometimes better observe the process in action as we focus on a particular worry. A decision tree forms in your mind and the outcome branches order-rank themselves from likely success to likely failure. What-If is like an indefatigable Jeeves to our fretting Bertie Wooster. While the “What-If” app comes installed in every human being, the quality of the program varies with individual common sense and can be impacted by the “having a shitty day” phenomena, which is known to affect decision making. It is also a perfect amoral slave to any sort of nonsense or evil we are pursuing, the mad scientist and the selfless philanthropist rely on it equally to achieve their ends.

If a person had never used a key on a locked door or even seen another person use a key, they wouldn’t have the introductory example with its various sub-responses already in place. Decision trees need solid ground to grow. Our keyless protagonist has the WI program though, and it would fall back to a more general level of What-If.  What if you arrive at your destination and you mysteriously can’t enter? When What-If hits this sort of new blank problem, conscious effort and even struggle are required to establish the baseline realities and possibilities. If you had no help, coming up with the idea of a key would be comparable to a minor scientific breakthrough. It’s a good thing we have the “What the Hell is Up with That” app, aka WHUT to tinker with mysteries, develop theories about them and update those theories as needed. WHUT creates the conceptual givens that What-If needs in order to work.

Eventually, sufficient familiarity with the basics of the situation and frequent practice will transform the skill into an autopilot function that no longer requires conscious effort and doesn’t interrupt us to stop and think about it anymore. This silent efficiency is a trait of well-integrated apps. A frequent partner to What-If and WHUT is an essential global app I’ll call Gleaning Useful Information from Everything, obviously known as GUIE. This foundational human app is always adding to its database of potentially important knowledge and it doesn’t always require direct personal experience. I would guess that most of us have successfully dealt with at least one situation based on information gathered from television or the internet. This was GUIE handing off useful ideas to What-if, who shoots and scores.  One of the most essential, always on, global apps is “Endlessly Scanning for Danger” (ESD) which often triggers the “What-If” app to generate getaway or fight back plans. Usually, these plans aren’t needed as many danger signals turn out to be false alarms. Those getaway plans evaporate instantly when we get confirmation of a false alarm but just imagine how many of these survival scenarios your brain has generated and trashed over your lifetime. Global apps like these aren’t chosen, they come pre-installed as modules of the HOS because we could not function without them.

But many human skills are chosen and often for deeply personal reasons to express our souls or achieve our goals.

We can learn a huge variety of specialty programs like driving a car, performing brain surgery, cooking a dessert or dancing ballet.

When you begin to learn any special skill the program is patchy and buggy. This is the awkward phase of discouraging results: Picture the french horn player, after 2 months of lessons. When you are learning to drive a car you are writing, debugging and compiling the driving program. Every moment is an effort and every situation has to be consciously processed in real time. One category of bad drivers are people who never STOP feeling this way while driving: Those who are tentative and uncertain every minute they’re on the road with every decision being isolated then forced through conscious decision making. These drivers endanger others through awkwardness and bad timing. An incompletely learned app never flows. Another group of bad drivers are the people who have a complete program, but a bad one, full of unresolved bugs; these are the guys weaving recklessly through traffic, passing on the shoulder and never signaling. They are confident and they feel good about themselves, the bastards! But it also includes the well-intended ninnies who stop dead in the middle busy traffic to let a pedestrian they’ve spotted cross the street. This supposedly altruistic act endangers everybody nearby on the road, including the pedestrian all so the driver can enjoy a “Look I’m Helping” moment. As cars skid to a halt behind him and oncoming traffic wobbles uncertainly about whether or not to stop, the pedestrian is pressured to risk crossing on the good samaritans schedule rather than when she observes a safe moment to go. This isn’t directly our concern here, except to show a vulnerability of learning any app: Human Frailty. If you learn to sing opera but have crippling stage fright, you have integrated the App, but cannot use it fully. In our driving example, the app is installed properly but the lack of social smarts makes it run badly.

Most of us are in rough agreement about how to behave on the road because our different apps have enough in common to provide a set of mutual expectations about any situation we find ourselves in. It’s only when these mutual expectations are reliably on display that a driving population is possible.

A good driver has developed their app to the point where:

The examples of brain surgery, cooking or dancing all follow more or less the same pattern as learning to drive, but each with their vastly different tasks to strive to perfect. When  near perfection is achieved it is through patient determination and passionate close observation that integrates and adjusts to the increasingly small differences between the effort and the ideal. This is what Robert Carlyle meant in his famous quote “Genius is an infinite capacity for taking pains”. Gradually there is less of our heat and waste and noise and more expression of the skill as a pure form. This is the moment when the person can begin to truly shine through their art – when through their love and embrace of every tiny granular detail they become transparent against their art. The intensity of the intention transforms into the skill. This is why nobody becomes great by kind of wanting something or maybe giving something a try.

Still, you have to start somewhere. 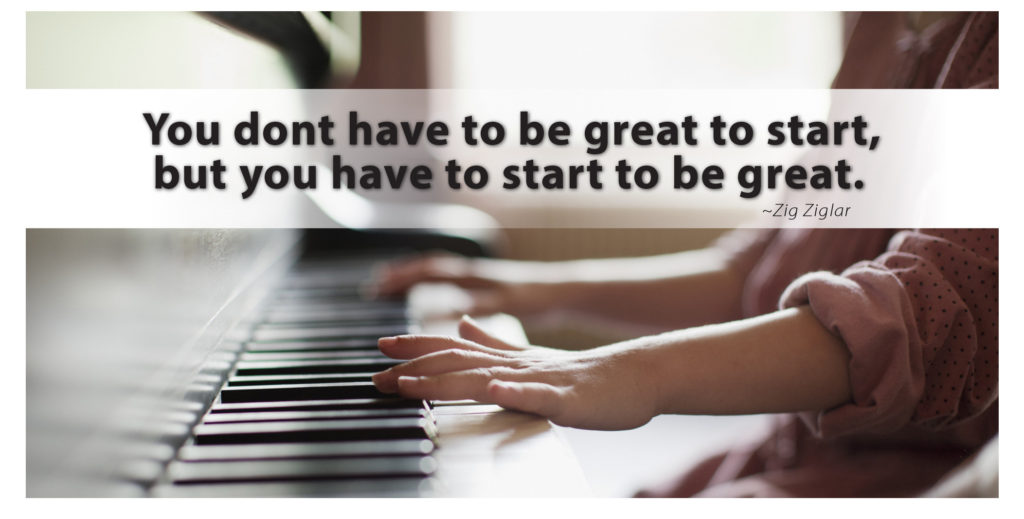