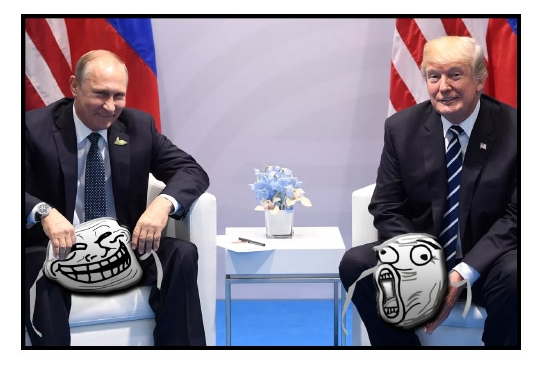 The most intractable problems of this jittery moment come from the human sweet-tooth for conflict and excitement.  The sweet-tooth is natural, it is good or bad by context.  If you are an ancient human and opt to look at the exciting thing, you are better at staying alive. If you are an ancient human and your clan starts getting pumped up over increasing tension with another clan, you are your clan are more cohesive and motivated. In this context the “sweet tooth” is a healthy (pro-survival) relationship to your environment. It’s a bit like our love of actual sugar, fat and salt: That love becomes destructive when these go from rare, random windfalls to a superabundance. When we can have as much of something as we like, we keep mashing the button till we find out how that ruins us. Morbid obesity is what THAT button does. What does this other one do?

Our hunger for excitement and conflict became more complicated when our “news” input went from direct observation and word of mouth to massive information pumps like newspapers that could flood a large city in a day with a single message and point of view. Thousands of opinions could be massaged and tweaked at once. “Yellow journalism” was the click-bait of that time.  The radio hit people like a massively purified version of the newspaper drug. Music and voices could hit sweet spots in our monkey guts that letters on paper could only dream about and rather than the isolated one-at-a-time experience of newspapers, radio could flow like a connecting current though everyone in earshot. And everyone was within earshot. Then the television became a cultural charging station in the center of every home. At night we were quietly filled with a homogeneous informational snapshot of the day. Of course we felt more united, any axes we were grinding were not wirelessly communicating with all the other axes. You couldn’t make that world combust because there was no connecting medium of petrol fumes.

The issue now is that we are a different organism as flashing, participating virtual neurons on a network then we were as slow-moving, disconnected creatures who got the news from kids on bikes, or in the mail, god help us, or arriving on the TV like a friendly little train at the same time every day.

The organism we are now is constantly lit up, alert and watching for movement like meerkats on crack. The news equivalent of plasma waves erupting from the sun flare and sweep endlessly across the internet. Our new atmosphere is a highly combustible, volatile medium. The ignition behind these flare-ups is mostly outrage, as one group or another does a “football stadium wave” of alarm in response to some stimulus. Tsunamis of cortisol are washing over us 24/7, leaving us feeling hypervigilant and weary.

Why? Because we are idiots who like that sort of thing. We can’t help being idiots who like that sort of thing…BECAUSE WE LIKE THAT SORT OF THING. Part of the rush is certainly negative but part of it is the fun of holding hands with like-minded neurons and cascading as a gigantic wave across the world. It’s thrilling because we are playing with a new level of complexity and connection.

We are a new species variant of humans and we are figuring out what this human is, what it does and what it can do.
And because we are the only animal enemy we have left, we are looking for its weaknesses;  feeling around for its windpipe, thumbs and eyes.

The danger from this all-out competition for eyeballs and clicks is low except where real territorial stuff is on the line.  There, virality means masses of people losing control of themselves and losing all sense of proportion. You know, like angry mobs.

YouTube political videos are often labeled with words like: Destroys, demolishes, murders, and obliterates, etc. Because we are looking for a strong enough dosage to feel something. Usually, that description is madly inaccurate and disappointing but it did as intended, it handed that YouTube channel  1/800s of a penny. People sitting around talking about politics may be informative but it is not a guilty pleasure; it doesn’t say: C’mere, you!” But people puffing and raging and triumphing spiritually over our common enemy gets the glands going. It’s like political viagra but mixed with jimson weed. You can’t take that drug without a trace of delirium and last November we all woke up in a drainage ditch wearing only a box marked Amazon Prime.

When groups (like gangs or tribes for example but any such group) are building to an explosion of violence they have to build pressure. Think of angry mobs and you’ll see a style of moving and talking that escalates till it pops. Everywhere has social norms of “no mad-dog attacks”. There are repercussions to public violence, like jail, shame, getting hurt or even killed: A mob heats itself with hate till the members are transformed past caution. It’s a shamanic transformation from citizen to wolf. During this phase, if someone says “You know, those guys really aren’t so bad” everyone tells him to shut up because he’s lowering the temperature and the pressure. Mob talk raises the ante about how bad and inhuman those guys are. When you play that role, you simultaneously feel more committed to the group and the group feels an increasing sense of self, ready to act. It’s all about loyalty, virtue and outrage with a rock-solid wall of belonging around it.

Which is what social media felt like during the election, eh? We all spent months pushing the Loyalty, Virtue and Outrage buttons, feeling sweet purity of purpose all the while. We were “helping”.

This side of the Russian hacking of our election required no old-school computer hacking. What they hacked was human weakness.

They hacked the recent human variant we are, swimming about in our highly combustible environment, looking for exciting sparks we can share with those we love about those we hate. Oh, and using our conflict sweet tooth as a dowsing rod for truth.

The Russians didn’t HACK Facebook, Twitter, Google and YouTube, the Russians played them like a piano. These Russians were simply well funded social media experts with a murderous oligarch ladling money over them. “Trolling” is a type of shitty internet behavior where the troll joins a chat or thread and posts things intended to make everyone argue till the group dissolves in fury. The Russians weaponized trolling. What was our election but a flame war and lingering horror? Is there any way we can give up the pleasure of virtuous sharing? I really don’t know. it’s delicious and right now given a choice to drop social media or representative government my money is on liking and sharing. Turns out dropping representative government may be an outcome of liking and sharing.

In this new world we become morbidly obese and die from the sweet tooth for conflict and excitement because, in our shared global nervous system, conciliation and harmony don’t buy clicks. Cooperation isn’t going to drive the numbers, the precious viral numbers that keep the machine running. In a sense, we have all become the programming director for the news and as the ancient journalistic truism goes, “If it bleeds, it leads”.

The core algorithms of Facebook, Twitter, Google and YouTube are functioning exactly as intended, by being a carnival midway for the Darwinian selection of memes that will make us taste them. Having tasted them we spread them, either by direct sharing or simply by being noted as another set of eyeballs that couldn’t help looking. Our every nibble of an internet Bon-Bon is a unit of energy that massed with millions of others equals virality. Virality is amoral and apparently, pretty easy to manipulate.

Facebook, Twitter, Google, and YouTube are now in the position of any business that realizes their product occasionally fucks things up and hurts people. The corporate response will not be “OMG, I’m so sorry, let me fix that.” even though some individuals probably feel that way (There are probably a few hushed conversations internally about whether or not they broke western civilization). These companies are in the strange brief social limbo of a person who’s done something embarrassing and awful in public and are still trying to figure out who noticed and if they can fade into the crowd. They are still deciding what look they should have on their faces.

These businesses more or less ARE the very algorithms the Russians used against us. These corporations cannot be exactly what they are, do what they do, and maintain what they are invested in if forced to significantly alter the way these products work. Expect mumbles and shrugs. Expect reluctance and resistance. Expect denial of news stories.
Expect these companies to explore the global-communications-threat-equivalent of climate change denial.

Meanwhile, we are all dog-paddling in a steep-sided swimming pool full of gasoline and armed with nothing but cigarette lighters.