The original meaning of the word outlaw was a person excluded from the benefit or protection of the law.

“Although humans exhibit strong preferences for equity and moral prohibitions against harm in many contexts, people’s priorities change when there is an ‘us’ and a ‘them,'” says Rebecca Saxe, an associate professor of cognitive neuroscience at MIT. “A group of people will often engage in actions that are contrary to the private moral standards of each individual in that group, sweeping otherwise decent individuals into ‘mobs’ that commit looting, vandalism, even physical brutality.” (MIT Parent Herald When good people do bad things. )

This is intuitively easy to grasp but we are so naive in regard to our apparent rationality that most of us don’t think we would caught up in the madness.  The couple pictured here (below) are Jose Ismael Torres and Kayla Rae Norton. They terrorized a child’s birthday party with shotguns and confederate flags and vicious racist threats. The picture links to an article.

Don’t get me wrong, I’m not saying they are lovely people momentarily caught up in madness. I am saying they are kind of shitty people momentarily caught up in madness. She is a mother of two kids and her contrite sobs in court are not simply convenient, at least they don’t sound convenient to me. She’s lost everything; she’s lost her children, she’s done being happy. And at this moment in court she is honestly baffled at how things got so out of control.

She had a pre-existing condition as someone closely aligned with an “ethnic identity” group. She had a head full of terrible ideas years before this but the crucial vulnerability was her lifestyle of pack-bonding with this group and against the outsiders defined as such by the group. It’s easy to imagine she was nasty and insulting to random black Americans all her life but she was probably rather passive, giving the “stink eye”, muttering just above a whisper and such. The peaceable social norms of individual people in public places protected her from herself until she stepped outside of them with her pack to proudly show off the confederate flag only a little over a month after Dylan Root’s Charleston massacre of black church goers.

What made her lose her kids was aggressive primate pack behavior directed at another pack. Just toss out anything that sounds like philosophy behind this behavior, right now: Every year a few snowball fights undergo a weird transformation into violent riots. Much of our behavior is elicited by context and the context of playful battle can throw switches inside the participants that shut down common sense entirely and convert them to pack-warriors. Pack-warrior is a thing a random situation could turn you into. The fact that that situation could be something as ridiculous as a snowball fight ought to not just alarm us, but inform us. These racist shit-birds make us believe you have to be a bad person to become part of something evil. It’s a shorter trip, for them, they do show that, but it feeds the lie that rationality keeps us all safely above the floodplain where all can be washed away.

But don’t forget that by focussing purely on the pathological side of these triggered behaviors we overlook the fact that when good people rush to the defense of an underdog against a bullying group it is virtually the same behavior…just tuned to an ethical station we like better. I’m not reducing the values to zero and equating them, but there few situations where streaks of gray aren’t mixed in with the black and white.

Our perception is locked into being an individual and mostly blind to the overlapping nature of the groups we belong to and how they chemically alter our behavior. This is why mobs creep me out; because they are never more than a few bad bounces from insanity. But these are abstract best case scenarios: Nice day, full stomach, no preconceptions. Shared culture and painful negative thoughts prime the pump to just below the flashpoint. 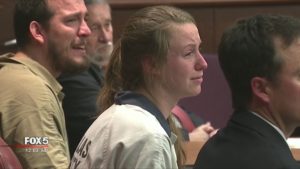 “Previous research has shown that such extreme behaviour can be driven by ‘identity fusion’, a strong sense of ‘oneness’ with their group. Oxford University researchers have now shed new light on the role that shared emotional experiences plays in this fusion between people’s personal and group identities. In their paper, published in the journal PLOS ONE, they describe three studies. The first two, based on online questionnaires with people living in Northern Ireland and Boston, USA, reveal that people who share extremely bad experiences together fuse more with their respective groups and a reflective process appears to link the shared traumatic events with the group’s identity. An experiment also shows how just thinking about a collectively traumatic event increases a sense of oneness with the group. ” (Phys.org  ‘Shared bad memories’ bind fighters and terrorists to their groups )

Identity politics are practiced by left and right and all ethnic and cultural groups to the detriment of all of us as a whole and all of us as individuals. By all means cherish your community and by all means fight for justice but no problem gets better through being Balkanized. As long as victimhood is a sacred protected territory, carefully maintained against healing and forgetting, our problems with each other will never grow weaker. This human desire to keep pain alive is maybe half about justice but the rest is just keeping our armies in readiness. Sacred pain is a half cocked fist.

I’ve no one group in mind, group membership almost always comes with enemies and the bitter taste of resentment we teach the next generation to make sure they keep it alive.