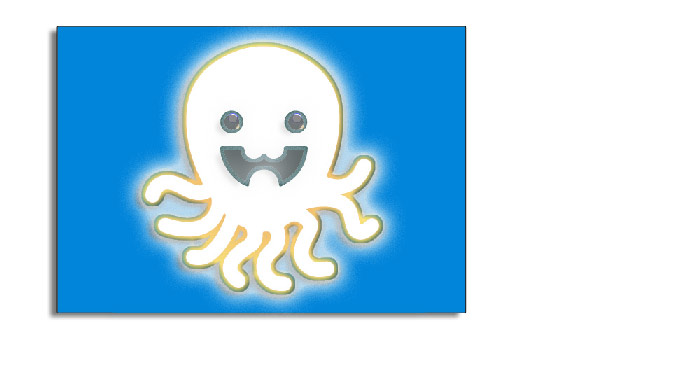 Or: Why it’s sometimes OK to hate your neighbor.

The apparent flatness and hard edges of the world we see masks a strange, fluid, flickering dimension between humans. There is no accurate measurement of this dimension except perhaps for our ability to imagine it. Since it isn’t our nature to imagine things this way it takes a little effort.

Please imagine an odd idea; imagine that:
Interaction is embodiment

Imagine that people who engage in any way become a corporate organism for that period. These virtual organisms can flash into existence and straight out again with a speed like subatomic particles in a cloud chamber.

Begin: “Hey, is the Courthouse this way?” “Yeah, just a couple more blocks!” And we’re done. Imagine that exchange as a very short lived individual, existing like a burst of flame.

But two other beings might meet up and eventually celebrate 70 years of marriage, and they were a sort of organism too. In marriage we have some beliefs about this corporate organism that run very deep. “One flesh”. It’s a pretty weird sounding idea to sanctify but it’s honored by religious people and atheists alike. Completely secular people get married with every intention of honoring a mystical contract that defines them as a dual entity. That’s because this idea is deeper than science or religion, it’s core human. This composite organism is the couple’s life together… and I mean IT IS the time and energy they share.

Families also have a special status as a kind of group self. When you think of your own family, you can easily feel the very real lines of connection flowing between you like living tissue and often pulling and kinking in uncomfortable ways. We know that we somehow OVERLAP and that this is one of the most important things about us. Our loves and friends and families are a kind of Venn diagram. But the center of the Venn is you. Subjectivity and individual experience define this thing.

Imagine yourself and those you are connected to as a kind of large glowing cloud with you in the center. It has an inherent general shape, maybe a bit like an octopus, but it flows outward and back, it swells and shrinks, possibly it sparkles and changes tint with experience. Imagine it shocked and jerking away from a sudden amputation as someone is lost to to death or divorce or the other “removers who remove”.  This is who you are: A glowing, cloudy tentacle monster of love and interaction. At least that’s the bigger picture version of you. In the shorter term, moment by moment you flow into composite existence with others. Most meetings are fleeting and insignificant, others can seem like the reason for our existence. But please imagine all of them as flowing lava lamp shapes, as droplets cohering, as jiggly ectoplasm dancing.  These are the virtual organisms of direct human involvement. They are Energy-organisms.*

Other composite selves also exist as non-contiguous organisms like Lutherans or Democrats but not like plumbers or certified public accountants. There are energy-organisms made of interacting people and there are idea-organisms made of active belief. You could think of them as “meme-beings“. The people who together make up idea-organisms might frequently interact as random individuals – but they don’t all interact, in fact they CAN’T all interact. They do not need direct contact, their corporate existence uses them as network nodes or perhaps cell towers.  They share and defend the code. Plumbers might have a great deal in common with each other but those who don’t meet and directly share energy or share a common belief are not in these sorts of virtual organisms. You might imagine these idea organisms as large networks of fireflies blinking in rhythm, laid out like a mandala or shaped like a Fuller dome. Perhaps the color and intensity of their light varies with popularity.

Culture is another virtual self. Culture is the ambience of being. Culture is the aesthetics of life when life feels like home. The cultural divide in America between white and black is this: Generally, we do not feel at home when we are together. When we rub against things that don’t feel like home we stress out and seek relief. That relief might come from learning about the other culture but it’s WAY more likely to come out as negative emotion. Where there is cultural tension, there are two selves who don’t want to blend. We ought to consider this compassionately because this response gets a lot of hate and contempt but that isn’t helping at all. You can’t just hate something out of existence or Donald Trump would be nothing but a fading pout on the wind.

Culture is a being. A being obsessed with the way things are done and the way they look and smell and sound. Picture this being like the stay-puft marshmallow man from ghostbusters, except bearded and dressed in traditional Serbian folk dance clothes or an old Chinese lady with a cigarette and a broom. When one of these bumps into another it’s an oil and water response. Culture has a semi-permeable membrane around it that keeps out stuff that isn’t self. Cultures, like individuals, vary in their openness but all cultures defend themselves. Cultures who don’t defend themselves are gobbled up or simply fade away. At least that would be true if any culture didn’t defend itself, but they all do. You wouldn’t demand that your child love all people on earth or that every couple commit to marriage because that would be idiotically indiscriminate. We are smarter than that answer but when it comes to culture we freeze in an awkward uncomfortable attempt to do exactly this.

The culture self (that we are microscopic building blocks of) is one of the most obvious emergent results of humans living together. Culture is inevitable and as natural as baby babble and mothers milk. It is also a daunting barricade to a future where we must interact with NOT-SELF almost constantly. In fact you could make a case for many of the world’s most intractable current problems coming from the fact that all cultures are living as if in a building with thin walls where we hear them complaining about our offensive ways and trying to meddle in our choices.

Cultural hatred is scary. It’s like a seeing a wolf snarl on the face of humanity. But simply disliking another culture is as natural and reasonable as not liking another person you randomly meet in the course of a day. Now if you start yelling at that random person, let alone hitting them, you’ve made yourself the problem by being too short to go on the ride of good manners.  But a system that coerces people to love strangers with very different and possibly unappealing ways is an idiot system that will lose…and ironically it is simply an aggressive “idea-organism” demanding that a “culture being” behave by their code.  We are in competition with each other because of the kind of animal we are. We are going to have to learn how to work around this or how to hack this system. If we do not, I foresee more and more places on earth where the painful friction of these virtual beings rubbing each other the wrong way hits the flash point.

It should be obvious that these overlap in virtually everyone in various and unpredictable ways. A viral meme can pull a person out of their family and make them a servant of an idea. Our culture informs the way we live our personal life. But it’s time we deepen our conception of our relationships and what emerges from them at all levels.

* This sounds like speculative bullshit but it isn’t. This is a picture of an idea, intended to help people see it.

Posted in Human:Nature, The Community Organism, The Third Mind