Drones aren’t irrelevant in bee society they just aren’t really the kind of people you want to be seen with.

Virtually all organisms are diploid, an original genetic mix based on sexual reproduction with a mix of genes from mom (xx) and dad (xy). The only males in a beehive are the drones and they do not participate in gathering nectar and other bee jobs, they are there purely to inseminate the queen (queen being a strange word for ovary, apparently) and drones are the offspring of unfertilized eggs.

So drones are haploid, containing no recombination of the previous generation, it is basically a flying gamete and all its sperm are identical. All those identical sperm have only source of genetic information, the unfertilized egg it hatched from. A drone is basically a clever workaround for an egg to make sperm that makes more eggs. But to bees it’s critical that there is as little genetic drift as possible.  As a result, the sister bees who do all the work are more closely related than ordinary sisters, instead of sharing 50 % of genes they share 75 %. More reinforcement for the idea that a hive is a quasi individual. And get this (pulling from wikipedia below) … 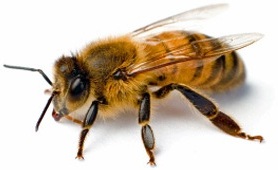