When a human community reaches a certain size and level of technology it builds a cultural hierarchy of aristocrats and peasants (see Pyramid Prison). Elsewhere in the blog I’ve documented the behaviors of automatically liking the rich and disliking the poor (see Neuromechanical Cruelty). This is just an interesting example of the transparency of that flowing into our language. Noble and nobility are straight crossover words linking aristocrats literally to goodness. “You have behaved nobly…”.

The word villain derives from one who served at the Villa, or manor. These would be poor country bumpkins serving the aristocrats and being actively detested by them as an inferior breed of humanity. 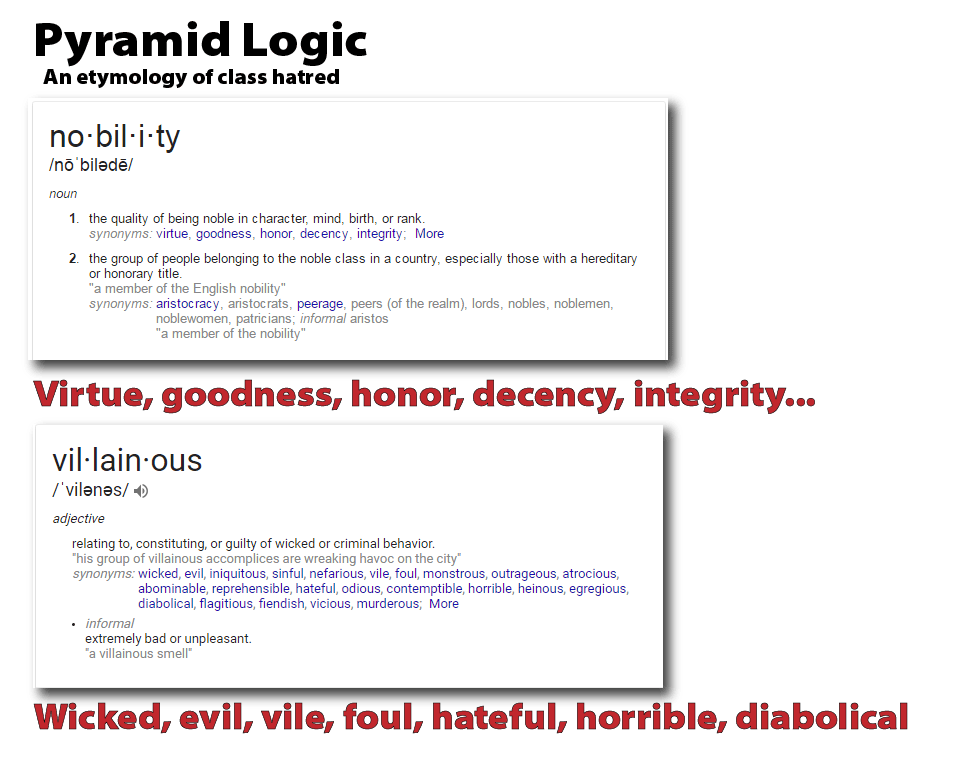