The Descent of Darwin: Part 2 The Fall of Wallace, Lamarck and Complexity 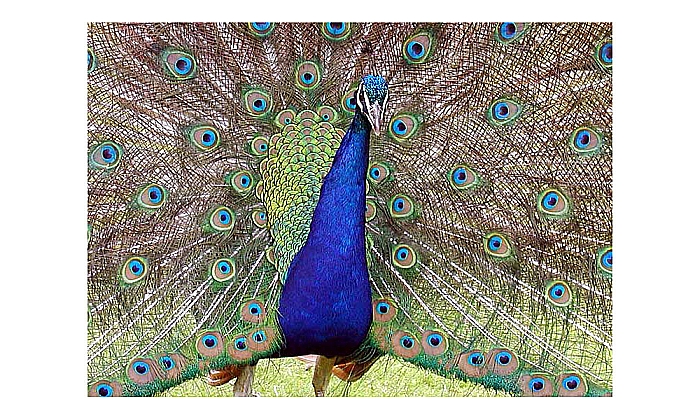 The basic difference between Darwin’s theory and Wallace’s was this: Darwin focused on competition between individuals and Wallace focused on environmental pressures on local populations.

Alfred Russel Wallace was a nearly lifelong world traveler and naturalist and was taken with the way that distinct subspecies could be found in adjoining territories with no transitional form in between. Why did they change? How did they change? Later Wallace developed BioGeography from these thoughts. He also became a passionate early ecologist and wrote a book speculating on the possible nature of life on other planets. He also suspected that there was some form of intelligence that played a role in the evolution of species but while this was a spiritual belief, he didn’t attribute that intelligence to any theist god.

There were both unconscious and practical reasons why the Linnean society favoring Darwin’s theory over Wallace’s (besides cronyism). As I mentioned in my first article, Darwin’s bloody struggle scenario with the victory defining the winner as “more fit” supported the very strong belief system among the upper classes that the poor were sort of a failed version of human beings and that it was the kindest thing really, to let them die off in large numbers to “thin the heard”. This is where the chilly phrase “Cruel to be kind” comes from. Wallace thought that understanding the principles of evolution could improve people’s lives and alleviate suffering. This is the essence of how these scientific theories shade into politics. And this exact issue is alive today.

Darwin’s theory was also more accessible than Wallace’s,  It made a good, simple mental cartoon. “Stronger thing beats weaker thing, Win and go to next round!”.  Compare that to Wallace’s vision of environmental stresses on all the members of a local species driving evolution. It’s more sophisticated, but we enjoy protagonist based stories so much more.

The other reason was Wallace’s teleological (meaningful) engine of evolution. If you leave a gap in your theory big enough to drive a god through, the church might rush that spot in an effort to hijack any scientific theory of evolution and claim it for theology instead. There is some justification for this, Wallace’s work HAS been used as source material for some creationists. The very simple (and incorrect) answer that every bit of evolution was driven by nothing but random mutations and extremely slow change was a defense against the church, but it became a prison for all the evolutionary biologists forced since then to salute it like a flag.

And while Lamarck was never in direct competition with Darwin he was a groundbreaking thinker who had shaped the discussion. Although he was not the first thinker to advocate organic evolution, he was the first to develop a truly coherent evolutionary theory. Lamarck suggested that characteristics which were “needed” were acquired (or diminished) during the lifetime of an organism then passed on to the offspring. He incorporated this mechanism into his thoughts on evolution, seeing it as resulting in the adaptation of life to local environments. Lamarck also referred to a tendency for organisms to become more complex, moving “up” a ladder of progress. He referred to this phenomenon as (translated) “The force that perpetually tends to make order”.

The early evolutionists took issue with this idea that parental experiences could shape the inheritance of their offspring. The so called “soft inheritance”. They used examples like if a lizard’s tail were cut off would its offspring have no tails? They even took the step of removing the tails of 68 white mice over five generations and stated the failure of a change as definitive. Of course, Lamarck referred to the USE of an organ and having an organ cut off can’t really be described as using it.

Both Wallace and Lamarck’s  theories had areas that pointed to an unknown system of preserving order and generating complexity. These ideas had no place in Darwin’s theory. The subtlety of these areas literally could not be studied. No experiment could be designed to interact with a teleological system. And so Darwin’s extreme gradualism based in nothing more than random mutation. It wasn’t completely satisfying even to Darwin.

“About the weak points I agree. The eye to this day gives me a cold shudder, but when I think of the fine known gradations, my reason tells me I ought to conquer the cold shudder.”

“…I remember well the time when the thought of the eye made me cold all over, but I have got over this stage of the complaint, and now small trifling particulars of structure often make me feel uncomfortable. The sight of a feather in a peacock’s tail, whenever I gaze at it, makes me sick!”

But he insisted that gradualism met the requirements.

A bad theory is better than no theory at all

Until the early 1930s many evolutionary thinkers disagreed with natural selection as a sufficient theory. Then perhaps finding it hard to work without a common foundation, various fields including paleontology and population genetics joined together to map the so-called “New Synthesis” or Neo-Darwinism. It would then be a long time before anyone would venture a discussion about order and complexity in science.

Neo-Darwinism ushered in a long period of scientific reductionism where it seemed like a competition to outdo each other for who could attempt to boil down existence to the least meaningful level. This orthodoxy had even a tinge of fundamentalism to it. It was definitely the dominant meme of this discipline and this time. Unfortunately it even affected unrelated fields like the psychology with the work of B.F. Skinner and others. The word “Merely” was frequently added to descriptions of human nature. If you’ve read about emergence you know that things in nature synthesize upward into surprising “greater than the sum its parts” complexity.

The period of Neo-Darwinism wasn’t simply honest science having a model to work from. It was an assertion from “The Experts” that life was exactly equal to, or less than the sum of its parts.