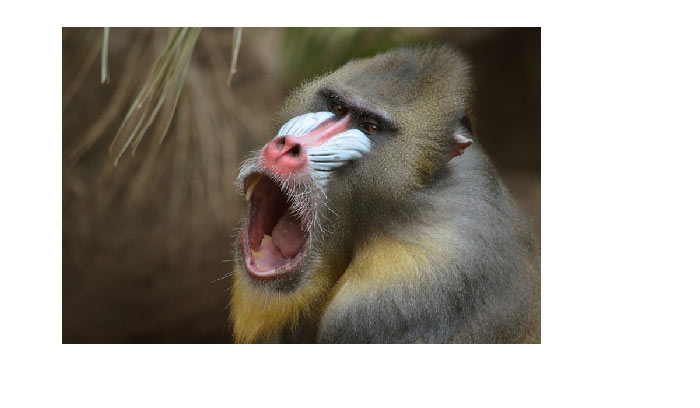 Trump plays every system for profit. But the reason he is dangerous is that above all, he plays human nature.

Have you ever seen an old science fiction movie where some super-computer is reduced to smoking incoherence by humans feeding it illogical information? Well our species has a hard wired social operating system and Trump’s one and only genius is hacking that system to generate the human equivalent of “This does not compute” . He makes a special point of behaving in conflict with expected social cues in a way that leaves his victims off balance and vulnerable. He is a master manipulator who understands the weak spots in human nature very well and uses them against his opponents with intentionally contrary performances. The most basic Trump scowling monkey face might as well be a kabuki mask. Others have said that Trump is ALWAYS acting and I think they are right.

He knows that people:

To Trump, our “weaknesses” are pro-social behaviors like being reasonable and polite and feeling shame and contrition. He also plays on our difficulty in calling out authority generally. If someone acts “in charge” with sufficient conviction and acts like you must be crazy and out of line to question him, most people will at least falter. If the person actually HAS power the effect of this is cubed.

One of Trump’s first acts as president-elect was to call the media into a meeting and berate them. He wasted no time laying the first coat of paint on this job. He is normalizing this idea. As this behavior ramps up it creates a subtle shift of power in his favor and a subtly lowered rank to the press. Expect him to complain of unfair treatment constantly.

Trump succeeds in all things as he does by “grabbing the pussy”.  He shamelessly violates social standards and signals then waits for the embarrassed other to capitulate to the existential wrongness staring at them as if it was a human being. This is the power of not blinking and not being ashamed. He screws over investors, customers, employees, random women and random men. But why? Why create friction and trouble for yourself by pointlessly cheating employees and treating potential sex partners in a way guaranteed to make them feel upset?

Win/Win doesn’t exist for Trump. Winning is a zero-sum game and a loser proves the win. A critical part of every win is the sadness and humiliation of the loser. This is what gives him the dopamine squirt of satisfaction. Cheated employees impotently crying for justice is happy background music to Trump. Grabbing a woman by the pussy says “Look how powerful I am and how helpless you are.” While he enjoys the misery of the bullied and manipulated, like every other happiness it quickly fades in the joyless ice cave of his true emptiness. He chose to never move beyond the reward system of the rich bully he was when he first discovered this talent as a child. Our problem is that it’s an addictive behavior needing bigger and bigger hits to achieve the same payoff.

If he was only a schoolyard bully he would have faded away as he grew up. He would have morphed into something more reasonable, but his peculiar joy in being mean and dominant was backed up by the protection of wealth and power. His pursuit of raw status and money and his angry engagement against anyone who isn’t impressed by him show a self as thick as onion skin paper. He is totally committed to the shallowness of the angry infant that began this journey. To move on or to grow is a failure. No insult cools off. In defensive mode, he’ll fight with over the top intensity until the opposition gives in or begins to feel self-conscious or the attention of the audience moves on to something else. His rules are to always fight in a way that uses fairness and restraint against the opponent.

So when Trump challenges the ethical standards of the office, the limits of power and the constitution itself, we know what he’ll do. He’ll never ask, he’ll stride right over that border and if he meets resistance will act like it’s nonsense, or this is an attack on him, or simply deny the legitimacy of the claim against him and continue to move forward. Our social primate deference to power will be in conflict with our determination to protect our system.

Trump’s plan from the start will be to acclimate everyone to acquiescence. He will then challenge us in ways meant to make us hesitate with uncertainty at a critical moment. Trump is an opportunistic infection that games the immune system into embarrassed hesitation.

The actual danger of Donald Trump is in our cooperative social behavior.