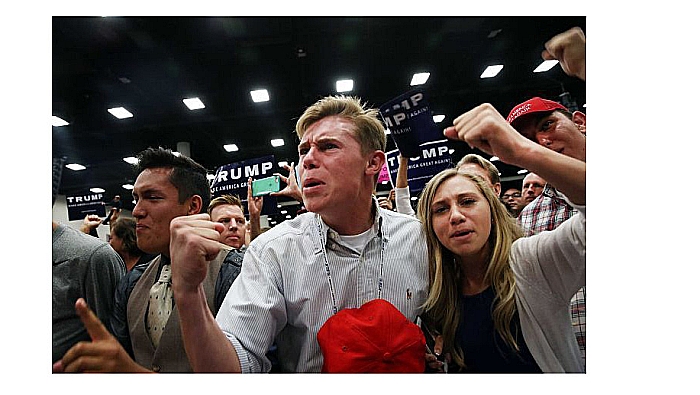 Many writers on socio-economic policy have warned that the old industrialized democracies are heading into a Weimar-like period, one in which populist movements are likely to overturn constitutional governments. Edward Luttwak, for example, has suggested that fascism may be the American future. The point of his book The Endangered American Dream is that members of labor unions, and unorganized unskilled workers, will sooner or later realize that their government is not even trying to prevent wages from sinking or to prevent jobs from being exported. Around the same time, they will realize that suburban white-collar workers—themselves desperately afraid of being downsized—are not going to let themselves be taxed to provide social benefits for anyone else.

At that point, something will crack. The nonsuburban electorate will decide that the system has failed and start looking around for a strongman to vote for—someone willing to assure them that, once he is elected, the smug bureaucrats, tricky lawyers, overpaid bond salesmen, and postmodernist professors will no longer be calling the shots. A scenario like that of Sinclair Lewis’ novel It Can’t Happen Here may then be played out. For once a strongman takes office, nobody can predict what will happen. In 1932, most of the predictions made about what would happen if Hindenburg named Hitler chancellor were wildly over optimistic.

One thing that is very likely to happen is that the gains made in the past forty years by black and brown Americans, and by homosexuals, will be wiped out. Jocular contempt for women will come back into fashion. The words “nigger” and “kike” will once again be heard in the workplace. All the sadism which the academic Left has tried to make unacceptable to its students will come flooding back. All the resentment which badly educated Americans feel about having their manners dictated to them by college graduates will find an outlet.

But such a renewal of sadism will not alter the effects of selfishness. For after my imagined strongman takes charge, he will quickly make his peace with the international super-rich, just as Hitler made his with the German industrialists. He will invoke the glorious memory of the Gulf War to provoke military adventures which will generate short-term prosperity. He will be a disaster for the country and the world. People will wonder why there was so little resistance to his evitable rise. Where, they will ask, was the American Left? Why was it only rightists like Buchanan who spoke to the workers about the consequences of globalization? Why could not the Left channel the mounting rage of the newly dispossessed?