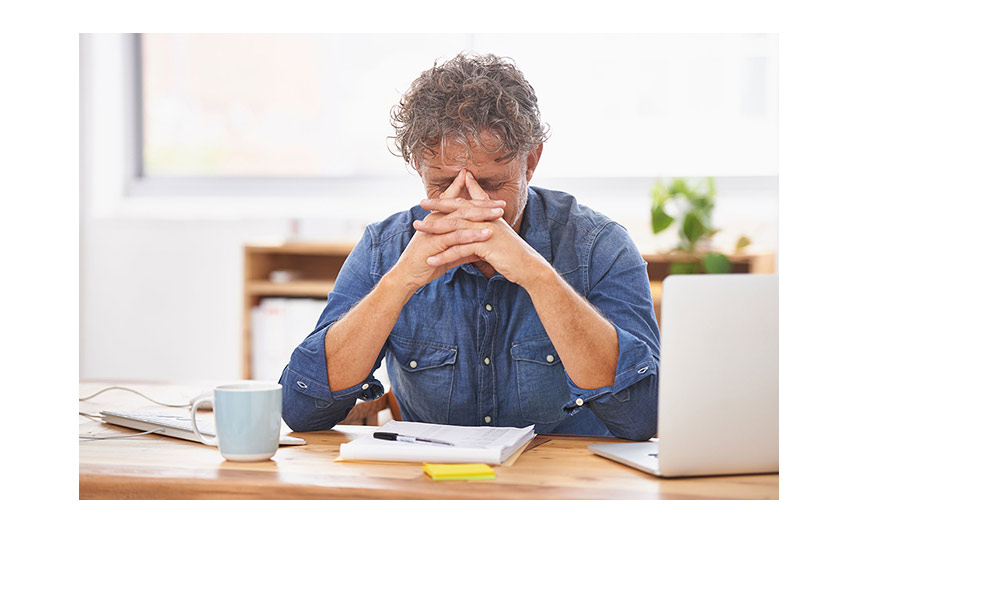 In comparison to the mental states and accomplishments that normal folks take for granted: Remembering, initiating and persevering.

ADHD is the Cerebral Palsy of executive function. Having ADHD is like living in a world where the gravity increases and decreases randomly, but it only affects you. One day you are bouncing along with everyone else, carrying school books and groceries and the next day your arms and legs are unresponsive. You crawl. If you don’t keep up, your grades will suffer, or you may not keep that job. Too bad. You look flakey, lazy and self indulgent. Your story about gravity changes nothing, it means nothing to anyone. People tell you to try harder but you don’t know how. You can’t establish any traction between you and the problem.

Deciding to act and beginning to act are neurological functions. They require a chain of cellular transactions and feedback just like any other biological process. In healthy people these are as natural and unconsidered as reaching out to pick something up. When the ADHD person says “I don’t know why, but I can ‘t do this… ” It’s mystifying to most people – because they don’t recognize this mental function as a distinct process that can have a kink in it. What they generally say is:  “Of course you can! ”   Having ADHD is like living in a world where time speeds up and slows down in crazy ways ways but it only affects you. Deadlines hover lazily in the distance and then slam forward in a disjointed way that doesn’t make any sense and you scramble awkwardly to complete the work, buy the present, or pay the bill. Even though this has happened to you all your life you won’t understand the next deadline any better than the last one. We are time blind. We are driving through fog and can see about 20 feet in front of the car.   Every neurology has a view of time. The common sense of how long a month or an hour is, describes the neurological norm for this function. ADHD people have an unpredictable function in this area which is comparable to incorrectly gauging how near or far objects are and crashing into them over and over. Normal brains look at this behavior and understandably ask:  “What is WRONG with you?”

Boring and difficult tasks are everywhere and they burn. You can’t grasp them because there’s something very much like pain happening. It’s almost impossible to explain what this is like to people who haven ‘t felt it. Challenging tasks like these, whether it’s doing your math homework or filling out work related forms, become charged, with a field like magnetic repulsion, pushing you away.  When you try to push through the field you become angry and emotional and you feel that your understanding of how to even begin… has abandoned you, leaving a weird hole in your mind where the answer is supposed to be. A hole where maybe the answer even was, at one point, but now it’s gone. Nobody else seems to be struggling. You may find yourself developing complicated strategies for beginning or avoiding various things. If people knew your internal process they would be shocked at how complicated it may be for you to do something like make a phone call or get around to a chore. Places that are boring feel like sitting on a hot stove. A pressure builds inside you and all the air seems to leave the room. You feel like you are on the edge of losing control. I once quit a well paying job as database manager for a large research hospital after 3 months because it made me so claustrophobic.

Conversely, fun things are almost sacred islands of sanity and comfort, and there’s a strong chance that you find it hard to leave, and that you spend too much time there. Your brain feels happy and relaxed there and going back to the unyielding world feels like exile. When people interrupt you and tell you to stop, you hate them.   With ADHD it often feels that you are out of sync in time with the people around you. But because your own senses MUST appear to be correct to you, other people often seem to be the ones who are wrong, interrupting you, or bringing up a painful subject or taking absurd amounts of time to make a point. You are probably too abrupt and harsh with your people and you probably don ‘t believe them when they tell you as much. You may be very sharp and quick, but you are also probably not as good at reading people as you think. There ‘s a kind of shortcut in your mind to decision making which means that bad, uninhibited choices are common, meaning you probably burn a lot of bridges and bug a lot of people.

Your problems are probably maddening to the people who love you. They worry about you and yet their feelings may be regularly hurt by you.  You spend a lot of energy trying to look like a normal person who does things as well as anyone else. There’s probably a reservoir of shame and sadness inside you. You may or may not be aware of it. If you aren’t aware of it you may project a puffed up self important persona to the world and spend a lot of time rationalizing why things didn’t go well.

We are the underachievers. We are often smart and funny and maybe even talented, but we can’t properly plan, initiate or persevere. We have tons of novel ideas that we write down in notebooks but we don’t complete them. Overall we achieve less educationally  and we earn less money. We have no disability on imagination or creativity or original thinking. We lack long term planning, organization and consistency. We cannot make coherent maps of our own futures so we are trapped in the moment, fending off dangers we can’t see until they are immanent.   Many of us are quirky and annoying because because our perceptions are skewed and out of sync. Often, we have developed eccentric ways of coping because success for us, is like a maze filled with dead-ends. These coping strategies look absurd from the outside, filled with unnecessary effort and irrelevant details. The worst offenders of all  are those of us who are in denial. A good number of these deniers develop arrogant and superior personal styles. My suspicion is it ‘s a kind of ego version of an emergency inflatable raft. They would be destroyed by facing their disability directly but inside…they feel it, they know it. The resulting ego-as-puffer-fish is incredibly annoying and self involved and poorly in touch with reality. Remember though, that that annoying person with ADHD probably spent their entire childhood feeling like a failure, being one by objective standards, and being treated like one too. They had to learn to stay upright and keep moving SOMEHOW and denial was their way of avoiding utter despair and collapse.  The alternative is humbleness, which is alternately liberating and mortifying.

It helps to learn the neurological roots of this disorder, because you can forgive yourself for struggling where others seem to glide. Believe me, most of our lives we think it’s a character flaw and it’s nice to know that there ‘s a cause that you couldn’t have done anything to change. At the same time you take up a life in the open as someone with a crummy brain and poor coping skills. Your failings may not be a character flaw, but that doesn’t mean they aren’t failings. You aren’t any better at life just because you know the cause.   If you face it, you can start to account for some bad things and by owning them, improve them. If your loved ones have been telling you that you bark at them with inappropriate anger you can begin allowing for this and consciously softening your answers.

If you go on meds things may improve but might equally not. I have days where I am awesome and days where I am useless. The whole thing is so inconsistent. I don’t honestly know how effective my meds are. There aren’t many to choose from, and they all have downsides. If you need amphetamines you face constant suspicion and challenges from the medical community who often treat you like a dubious character just for what is written on your prescription. It ‘s not really their fault as they have to answer to those who govern controlled substances, but that doesn’t mean it’s any less humiliating. It is often framed by a lack of insight into the disability. It adds another pound of shame to the weight. When my prescription needs renewing I may have to  “plead my case ” all over again to someone new and possibly unsympathetic. There are best practices and suggested treatments on the books but this doesn’t mean they are effective. Every ADHD person I know struggles day to day in a way that shows how we do not medically have a handle on this.

As far as why I am doing this, outing myself, consider that CDC estimate of 11 percent of Americans, 4 to 17, living the life I just told you about.   They say adults can age out of the disorder, and while it ‘s possible, I think most adhd adults age out of being noticed and treated. They resign themselves to their quirky, low expectation lives. They try to keep their weakness a secret so as not to risk any of the security and respect they ‘ve managed to acquire. So imagine the wasted potential, the ache of being a failure at things most people find easy. Imagine 11 percent of the people you see daily having one tiny arm and one tiny leg and working desperately, in shameful secret, to move and work like everyone else. Imagine what it feels like to work your hardest for a  “Passing with a D minus ” grade. Then imagine everyone looking at them and feeling a range of emotion from indifference to disappointment to scorn.  That ‘s what it feels like having ADHD.

Brothers and sisters of the hinky brain, please be brave and stand up, face it, claim it. Educate yourselves and daylight yourselves.  Demand better informed responses from teachers, psychologists and medical personnel. Don’t settle for being the damaged and discarded 10%.  Until we show up and the world hears our story, new treatments will remain in low gear and the “experts ” our ADHD children interact with will often not understand them or treat them in accordance with real best practices.

Below is the amazing Dr. Russell Barkley, the best explainer/describer of ADHD. If you watch this 3 minute video you will be more knowledgeable about ADHD than any special Ed teacher or therapist I have ever spoken to. You will probably have a clear picture of it for the first time.