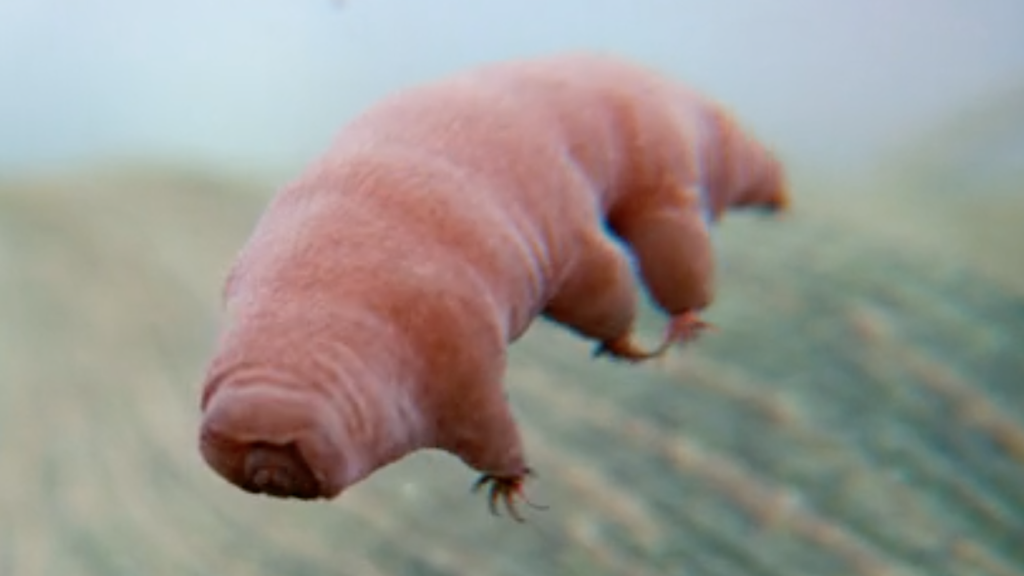 But we need a mascot. Both cats and dogs have been considered but to choose one and not the other would alienate almost half the human race. Not  a good start. Some sort of cat/dog hybrid was considered but it turned out to look like a carnivorous monkey. That brought up the idea “Why not People?” So…The Terran …People? We quickly realized that it would be necessary to have a cute mascot pictured on the jerseys and key chains and coffee mugs and we could not agree on a cute person, or face, or sex or ethnicity or implied religion…

You know what would make the most awesome mascot for Team Terra? Tardigrades. They’re AMAZING!

They are itty bitty, usually about 0.5 mm (0.020 in) long when they are fully grown. They are short and plump with four pairs of legs, each with four to eight claws. And you basically can’t kill them. They’ve been around 500 million years. They can survive temperatures from -458F to 300F, pressures six times greater than the deepest ocean trenches and ionizing radiation hundreds of times stronger than that needed to kill a human. And get this: They have survived exposure to the vacuum of space and just recently tardigrades were thawed out after being frozen for 30 years…and they just woke up and set about living and reproducing like nothing had happened. Tough little Mother Hubbards aren’t they?

Better yet they are …in a kind of weird way…pretty cute. Tardigrade is their official name but get this: they are also known as water bears or moss piglets. If there’s a cuter name than “Moss Piglets” I’m not sure I can handle it.  Take a look.

OK, they DO look like little swimming penises with mouths out of “Alien” but look at those little legs! Those little claws!

And the Terran Tardigrades sounds pretty good. We could even call them “The Bears”!

Anyway here is version 1.0 of the team logo 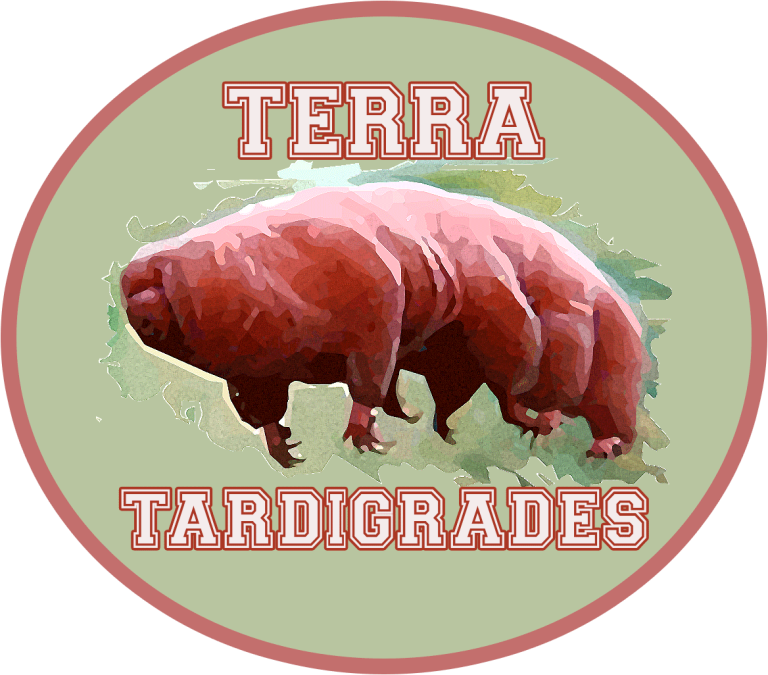