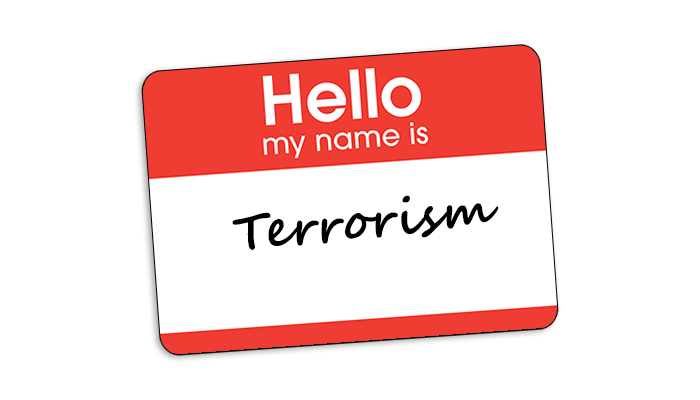 I think there’s an odd problem waiting for the right wing media who keep desperately trying to officially classify the San Bernardino shootings as Islamic terrorism (because it’s about blaming Obama for terrorism on American soil, get it? So much for not politicizing).

The main killer, the guy, seems to be using Islam as the rationale but really he’s perfectly in the mold of the seething, isolated grudge holder who we’ve seen so often. He’s an unusual new hybrid for Americans: He’s killing because he’s a fucked up jerk, but he’s hitching his wagon to a larger cause, Islam. Of the two issues here I would say it’s more like he did it because he was a fucked up angry jerk. Since he would identify this act as Islamic terrorism though, who am I (or the news media) to argue with him? His stockpiling of weapons and the readiness of his wife to join him in suicide/mass murder indicates a long period of drifting toward this moment.

But if THIS is terrorism then so is the more common garden variety carried out more typically in this country by angry right wing men who have hitched their wagon to anti-abortion or anti government causes. The personality type for these events is a mostly a forgone conclusion. If we can’t register guns maybe we can register bitter, grudge holding bastards. Of course it would just become one more thing on their list of reasons they plan to kill some folks.

I am 100% in favor of calling Islamic terrorism what it is. There are people who balk at the phrase, instantly complaining that it indicts all Muslims. * Of course it doesn’t represent all of Islam…It represents the terrorist side of Islam. In its own way it’s as ridiculous as arguing with the phrase “Islamic charities” because not all Muslims are charitable! This is simply using words meaningfully, to describe what something in particular is.

Truth in naming is notable for its absence in most public conversations. But I would adore hearing Bill O’Reilly say “Another act of right-wing terrorism” (I got your “no spin” right here, pal). Potentially some acts should even be called Christian terrorism if the rationale put forward by the perpetrators has some Christian theological justification.

But somehow I don’t think the right wing media is going to start calling it that.

— Update: It’s come out that in their online courtship the two killers shared an interest in martyrdom and prepared for an attack far in advance.

*(Honestly, the left is SO concerned with being nice and not offending anyone that they virtually become BFFs with the some of the most regressive, hidebound, anti-woman, anti-gay theology on the planet. But that is another topic.)