The big negativity shows up at times now, mostly when he’s tired or hungry and manifests as a kind of furious contrariness. A desperate need for mutual exclusives.
“Up Up Up “ till he’s up…then ”Down! Down! Down!”

He’s still his sweet self a lot of the time. But at times he seems like the biggest victim of his own mood (I guess that’s true for all of us really). Toddler moods look like a nightmare where you lack the skills to comfort yourself and cool down from any little thing. He looks like he is infused with more power then he knows how to handle and just rattles with the stress of it. He’s in a growth spurt and gobbling up knowledge like mad and it demands a lot of him. At times he is provoking but we do our best to keep cool and steady. There are advantages to being somewhat geezerly.

The physical caution I talked about before is still there but he’s having more fun scampering around. We go out in the back yard and I blow bubbles and goes after them and pops them. He runs and dances and talks about it. “Running!” “Dancing!”

He sings “shake your booty’. Only that line thankfully. No, I can’t imagine where he learned that.

He is SO verbal! He surprises us with something he says almost everyday.
We were in the backyard yesterday and he pointed to a patch of moss and said:
“Grows…moss”
At daycare he started calling people by each others names then laughed and said: “Joke!”
Another day he turned a book upside down and pretended to read it, then he put it down and said “Isaac funny!”

I’ve had what I guess must be a sinus infection for the last two months – this is like being on day six of a cold for eight weeks. One of his phrases is “Daddy coughing”. Great. My Doctor said “The only people who get it worse than day care parents are teachers”.
Perfect. 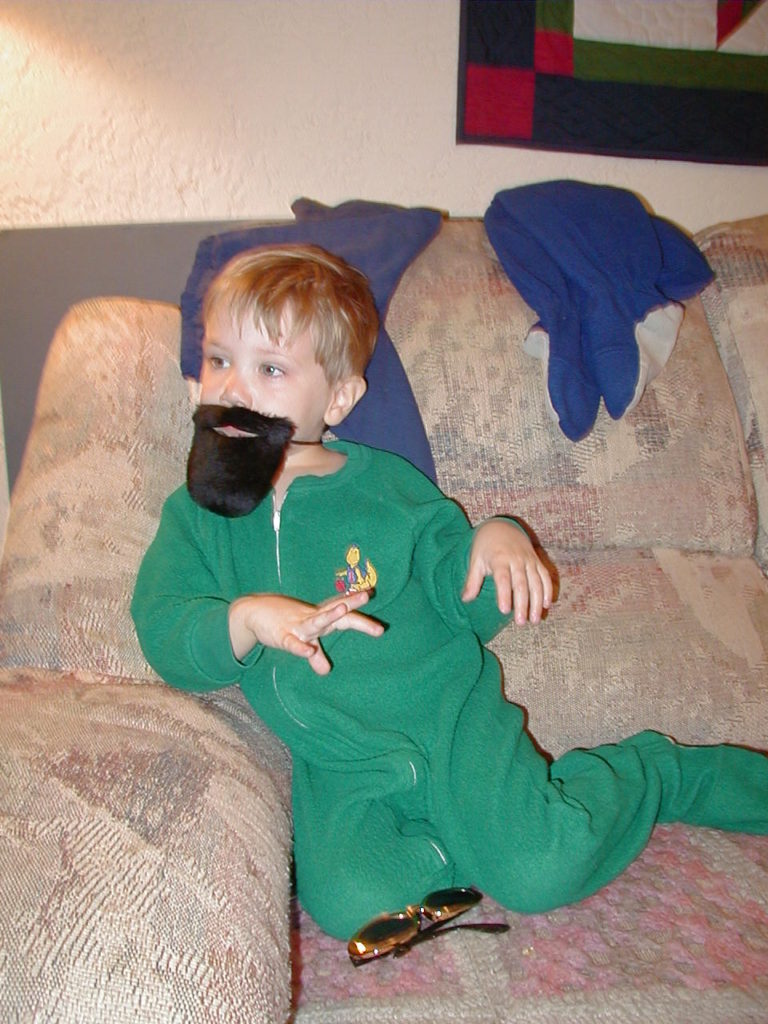